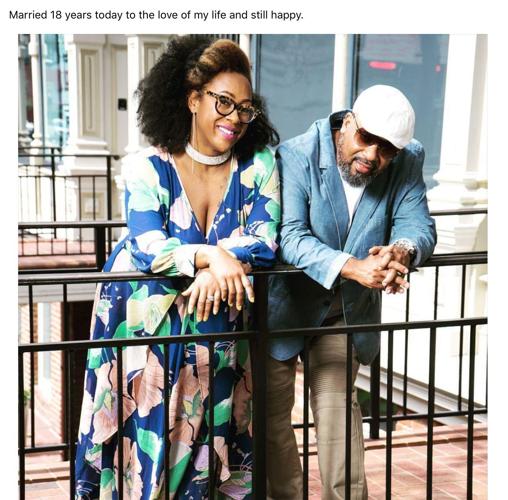 Aja Graydon and Fatin Dantzler, the neo soul duo known as Kindred The Family Soul, released their newest album as they celebrated their 18th wedding anniversary. 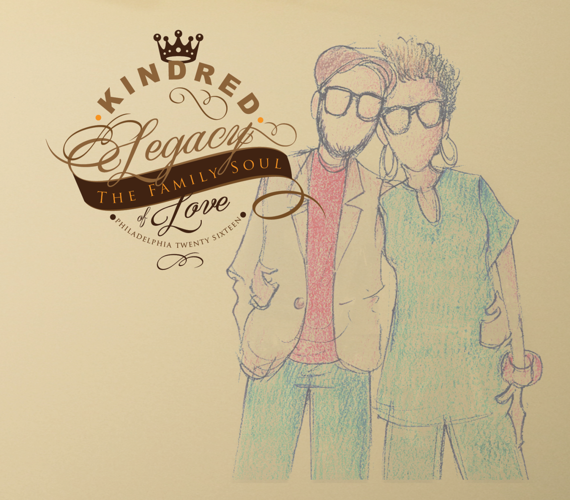 “Legacy of Love” is the latest offering from Kindred the Family Soul, which put out the new tunes in August.

Aja Graydon and Fatin Dantzler, the neo soul duo known as Kindred The Family Soul, released their newest album as they celebrated their 18th wedding anniversary.

“Legacy of Love” is the latest offering from Kindred the Family Soul, which put out the new tunes in August.

Before they found each other, Fatin Dantzler and Aja Graydon were solo artists carving out their place in the music industry. Together, they have merged their creative, professional and personal lives to become the Grammy-nominated adult contemporary R&B duo known as Kindred the Family Soul.

As the West Philly couple celebrates their 18th wedding anniversary, their latest album, “Legacy of Love,” is the sixth in a series of music releases that reflect on the life they’ve built together.

“We decided to call it ‘Legacy of Love’ because we wanted to be specific in who we were and what we were about,” she added. “When we looked back, we realized this is what we have done; this is our work. We may not have set out in the beginning that that’s what it would be, but that is what it has become.

“And, we have embraced that and we see that it is important and it plays a huge part in people’s lives — and it is our lives. We are just really proud of it and we are grateful to be given this opportunity,” said Graydon, who celebrates her 38th birthday on Sunday.

Throughout their career, Dantzler and Graydon co-wrote many of their songs, and have built a fan base appreciative of their R&B offerings. Their 2003 debut album, ‘’Surrender to Love,’’ included, among others, the songs “Stars” and “Far Away.” Their follow-up album was 2005’s ‘’In This Life Together’’ — its title being a reference to Ossie Davis and Ruby Dee’s 1998 book ‘’With Ossie & Ruby: In This Life Together’’ — featured the single “Where Would I Be (The Question)”.

The duo have always found ways other than music to connect with audiences.

In 2014, Kindred family wrote their first children’s book, “Mama said, ‘Clean Up!’” based on a freestyle song performed by all six of their children and featured on their fifth album, “A Couple Friends.” In 2015, they received an opportunity to be a part of a national commercial highlighting the culture of the family reunion for Wal-Mart. Again, their six children were featured during the summer long campaign that received more than a million hits on Youtube, and is still of the most watched ads ever produced by the retail giant.

Kindred’s recent release already has a lead single that hit No. 1 on soul charts in the United Kingdom and top 40 on adult contemporary charts in the States. The couple has always been socially conscious, and the single “All my People” is timely and paints a vision of equality, peace and unity.

“We have always admired Kenny Gamble and Leon Huff and just the whole idea that you can make beautiful soul music and still have meaning and moments that are reflective,” explained Graydon, who was born in Los Angeles.

“Fatin and I have been here and awake for the past two years like everyone else, and have seen things. We have a 17-year-old son and I remember when the Trayvon Martin case became national news … In a very similar way, Emmit Till became a call for an awakening in society,” she said.

“We always knew things were happening, but in the past two years that has been a consistent thing happening over and over again were we have an awakening of the community and the world of where we stand as a community,” Graydon added.

“In many ways, there is no way for us to be artists and not be affected by it. As we look closer as to how we got to this point, we start to see issues in our economy, in our children’s education system and all the many, many things we have to think about. If you look between the lines in all of those songs, all those issues have been there,” she said.

While big hits have evaded them, the couple’s consistent message about the enduring power of love satisfies old fans and garners new ones.

“I think also the thing that is weird is that people say that you can’t work together or husbands and wives should not work together, but it is that shared passion of working together outside of our family life that does keep things in balance because it is something that we genuinely enjoy, much like our children and our family, we love music individually and as a collective,” explained the native of Camden, N.J.

“We get to experience that together and we have a shared passion. People holding us up, rooting for us and championing what we do helps to add and reinforce a certain layer of goodness in what we do. That is a beautiful thing — and having faith in God that what you are doing is the work that you should be doing, and work that is going to be appreciated and respected,” he said.

“We realize that we are leaving something, a legacy [and] a body of work for our children and their children’s children to be proud of. Those things help us fuel what we are doing,” Dantzler added.