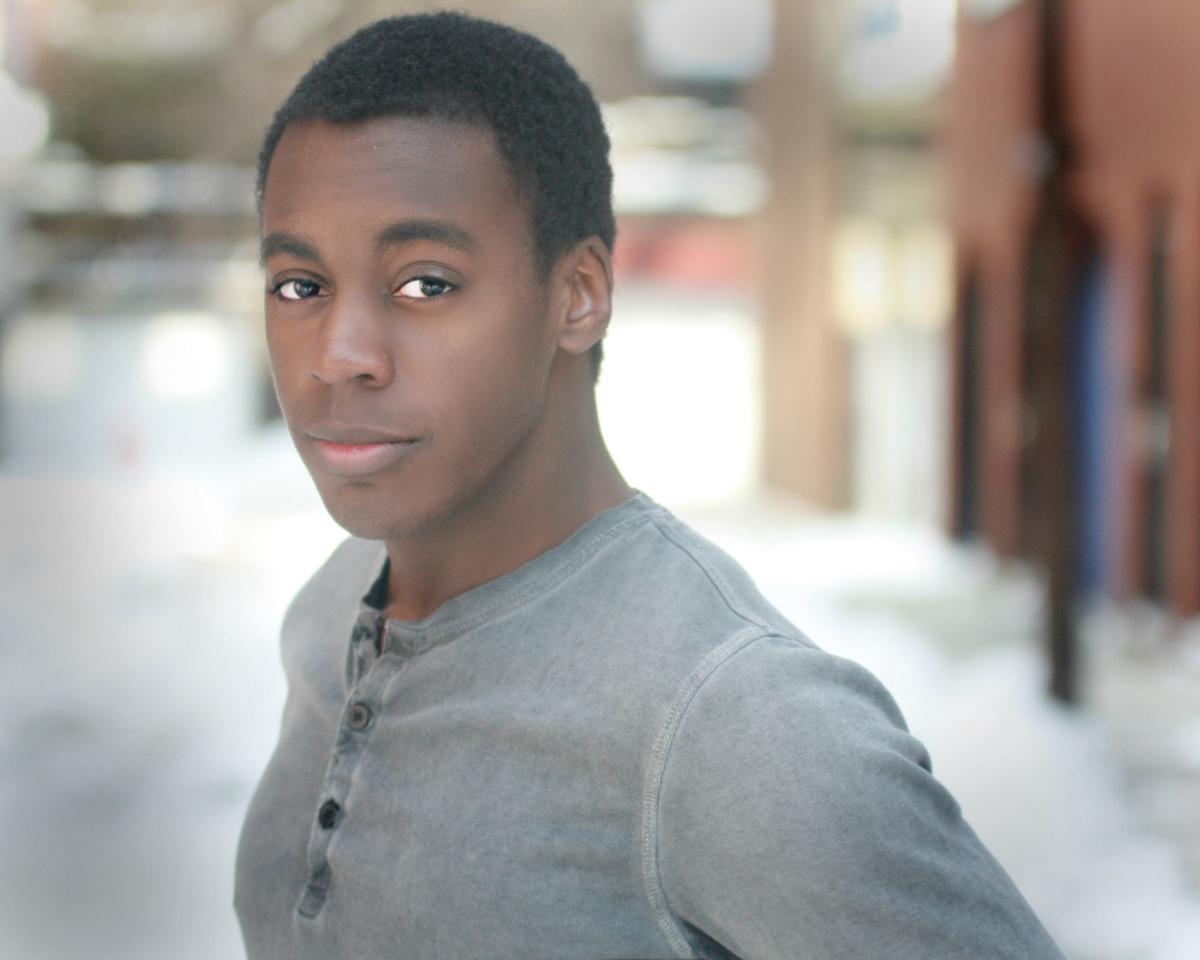 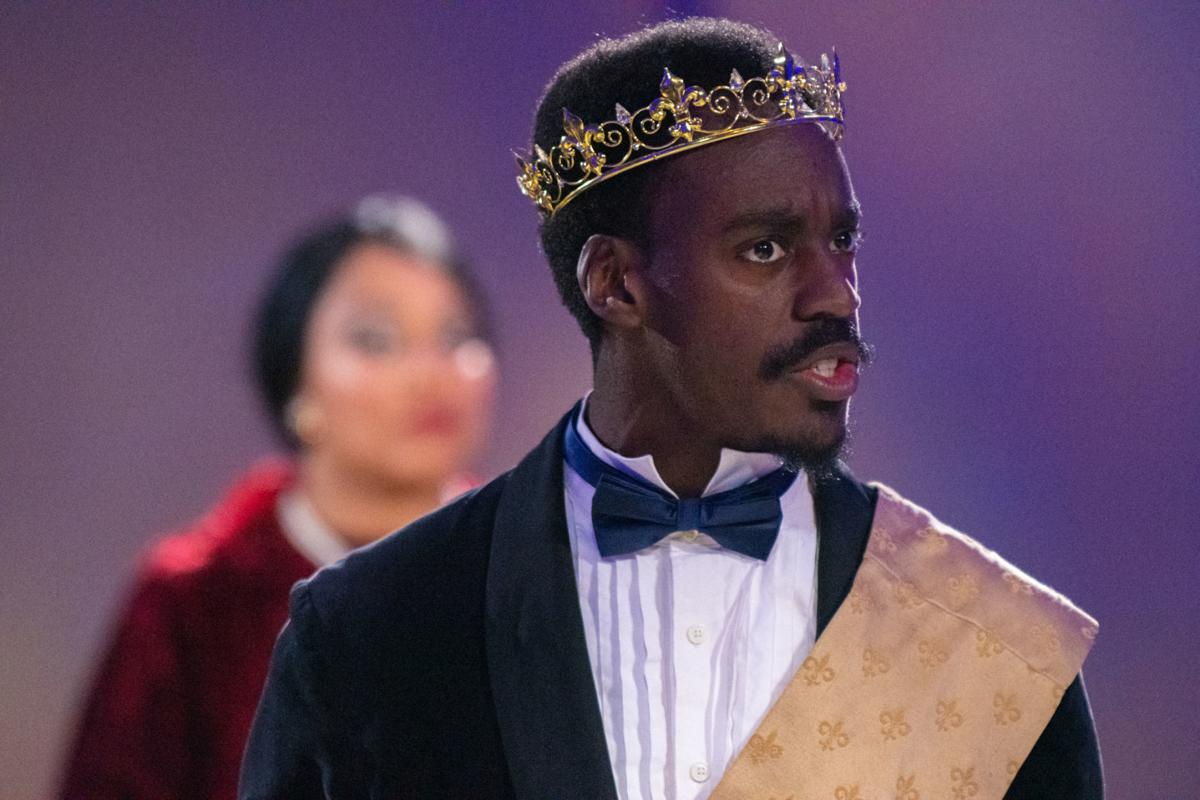 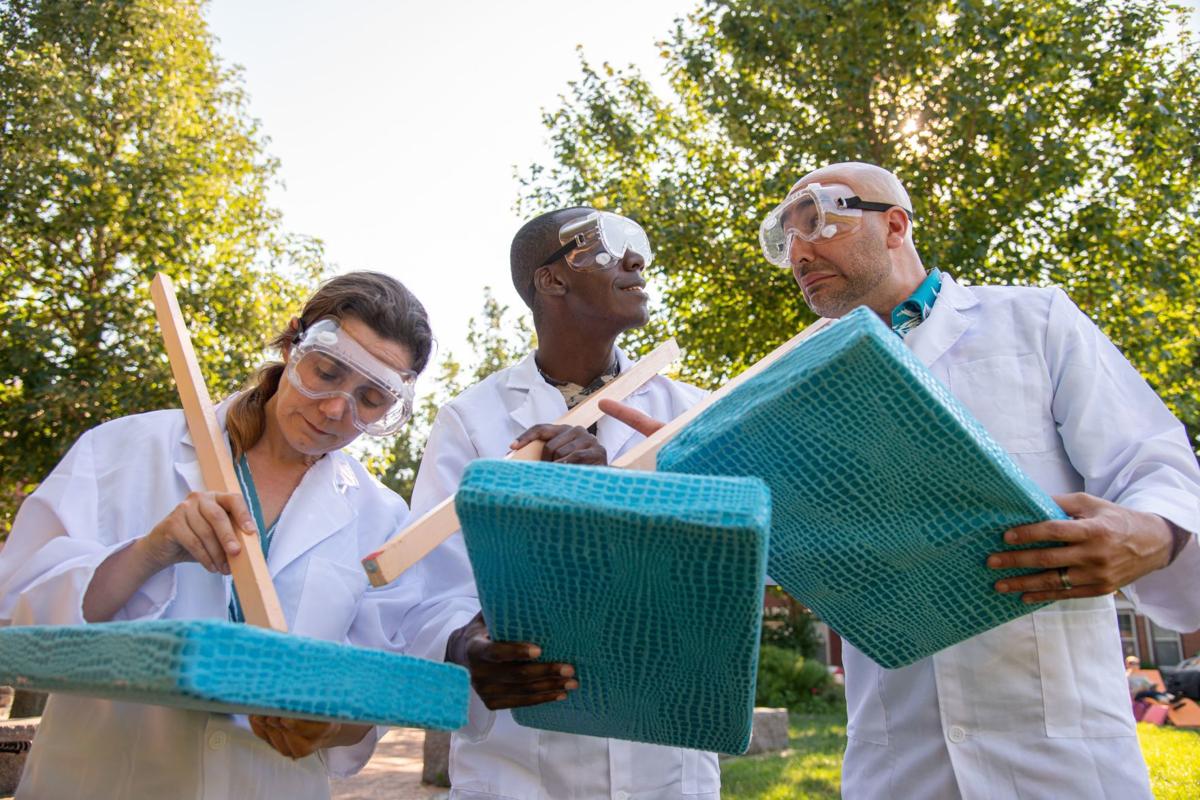 Jahzeer Terrell with two of his co-stars in the Theatre Exile outdoor performance “Whisper’s Gone.”-PHOTO BY JOHANNA AUSTIN

Jahzeer Terrell with two of his co-stars in the Theatre Exile outdoor performance “Whisper’s Gone.”-PHOTO BY JOHANNA AUSTIN

From the time he was a kid, Jahzeer Terrell always had an interest in the sciences and the performing arts. When the Philadelphia native wasn’t taking classes at the Freedom Theatre, he was taking various science courses in the classroom.

“I almost didn’t go the performing arts route. I liked the idea of going into the sciences and being a nano biotechnology major. While I was a student at Central High School, I was taking a lot of science classes because that’s what I was interested in. I would sit through a six-hour lecture at LaSalle University on STEM cells.

“I started to realize that it was a lot of revisiting lab results and writing reports,” he added. “I later realized that going into the science field may not be the best fit for me. At the time, I still had a passion for the performing arts and that was the path I continued to go down.”

Terrell, 26, who graduated from the University of the Arts with a bachelor’s of fine arts degree in acting, said his experience at the school helped him evolve as a professional actor.

“The teachers at that school really made me a stronger performer,” Terrell said. “They helped develop my endurance to help me get through long rehearsal periods and strenuous shows and training. I learned the specifics on many different styles, got to work on blind spots as far as movement ability, voice, speech, and technique. I had lots of eyes, helpful opinions and critiques that really pushed me forward and opened me to the world of possibilities.”

Since graduating from the University of the Arts, Terrell has showed his acting range in various performances across the city. Some of his recent credits include “King Lear” (Quintessence Theatre Group), “A Fierce Kind of Love” (Temple University and FringeArts), and “Three Sisters Two” (EgoPo Classic Theater).

He is currently playing numerous characters in a series of outdoor performances in Philadelphia parks for Theatre Exile’s world premiere of “Whisper’s Gone” by MJ Kaufman.

“In additional to playing multiple characters in the ‘Whisper’s Gone,’ one of the things that I love about the outdoor performances is that it changes the way you view theater,” Terrell said. “It’s more friendly, accessible, and people are more relaxed. As actors, we’re also able to open the space up by being outside. It’s been a great experience and the feedback from the community has been wonderful.”

In addition to being an actor, Terrell is also an educator and musician. He teaches classes on stage combat and movement.

“Stage combat is something that I fell into by having a martial arts background,” Terrell said. “I teach students how to work with buttons on stages and create stories and challenges of things that happen in place. I also teach movement, which opens up an actors range of physical expression.

“As far as being a musician, my mom and dad both really love music,” he added. “It was always playing in the house. The first opportunity I had to grab onto an instrument or get some sore of formal education, I took it and ran with it. I play a variety of instruments, some I even taught myself how to play.”

While Terrell has accomplished a lot so far in his career, he’s not resting on his laurels.

“My dream role is to play Caliban in Shakespeare’s ‘The Tempest,’” Terrell said. “That’s my favorite play and I think I could really bring something to that role that hasn’t been done before. As an actor, I’m lucky in that I’ve been able to pick a wide range of shows from classical to contemporary as well as educational and experimental.

“I have a broad acting range and it’s been really good for my skill set and my imagination,” he added. “I feel like I need to challenge and push myself in order to continue to grow and through the roles I’m playing I’m doing just that.”

Terrell’s next performances in Theatre Exile’s “Whisper’s Gone” will be 11 a.m. and 5 p.m. on Sunday, June 30 at Dickinson Square Park.

Family reunions are a special tradition

A family reunion is a special moment in time where one generation passes down words of wisdom to their younger counterparts. It’s an opportuni…

Inspired by her own family’s heritage, author Kelly Starling Lyons children’s book “Going Down Home With Daddy” focuses on the importance of f…