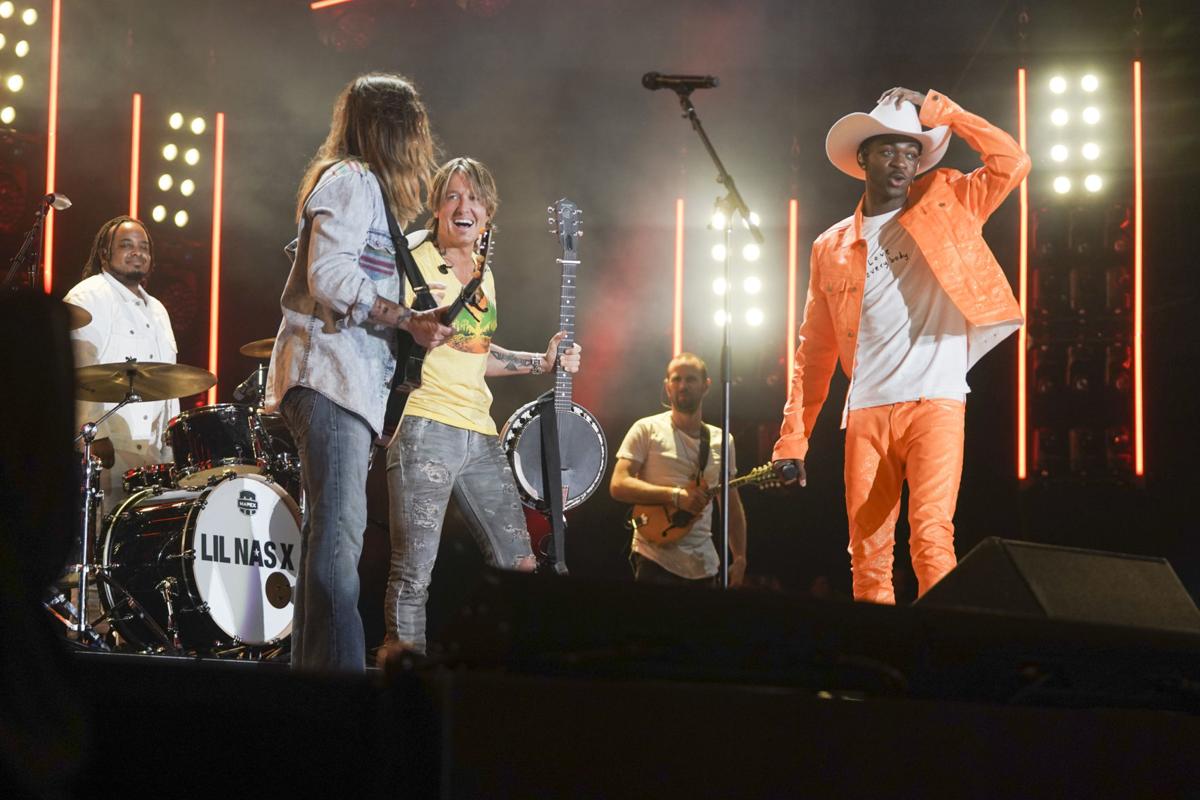 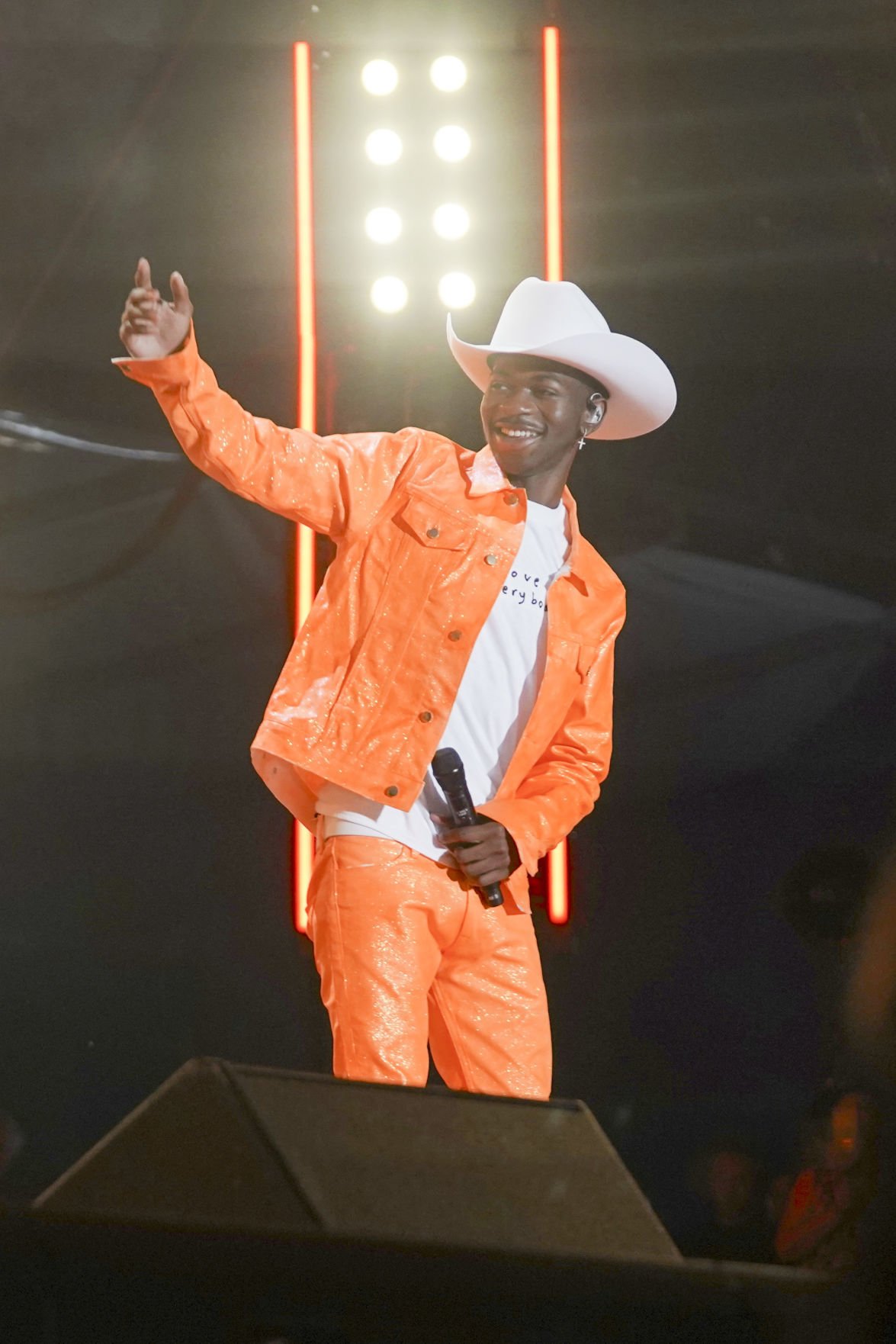 “CMA Fest,” the Music Event of Summer, brings the hottest music acts together on one stage for three full hours of epic collaborations and must-see performances. 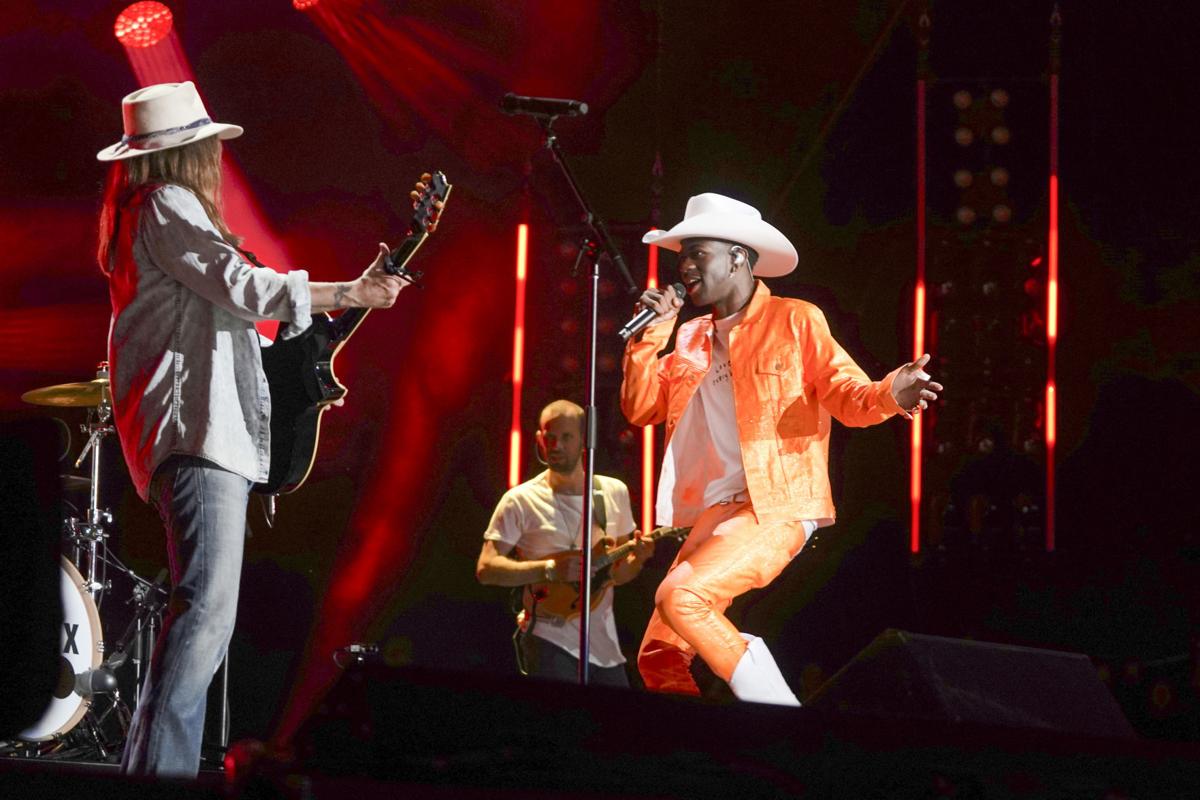 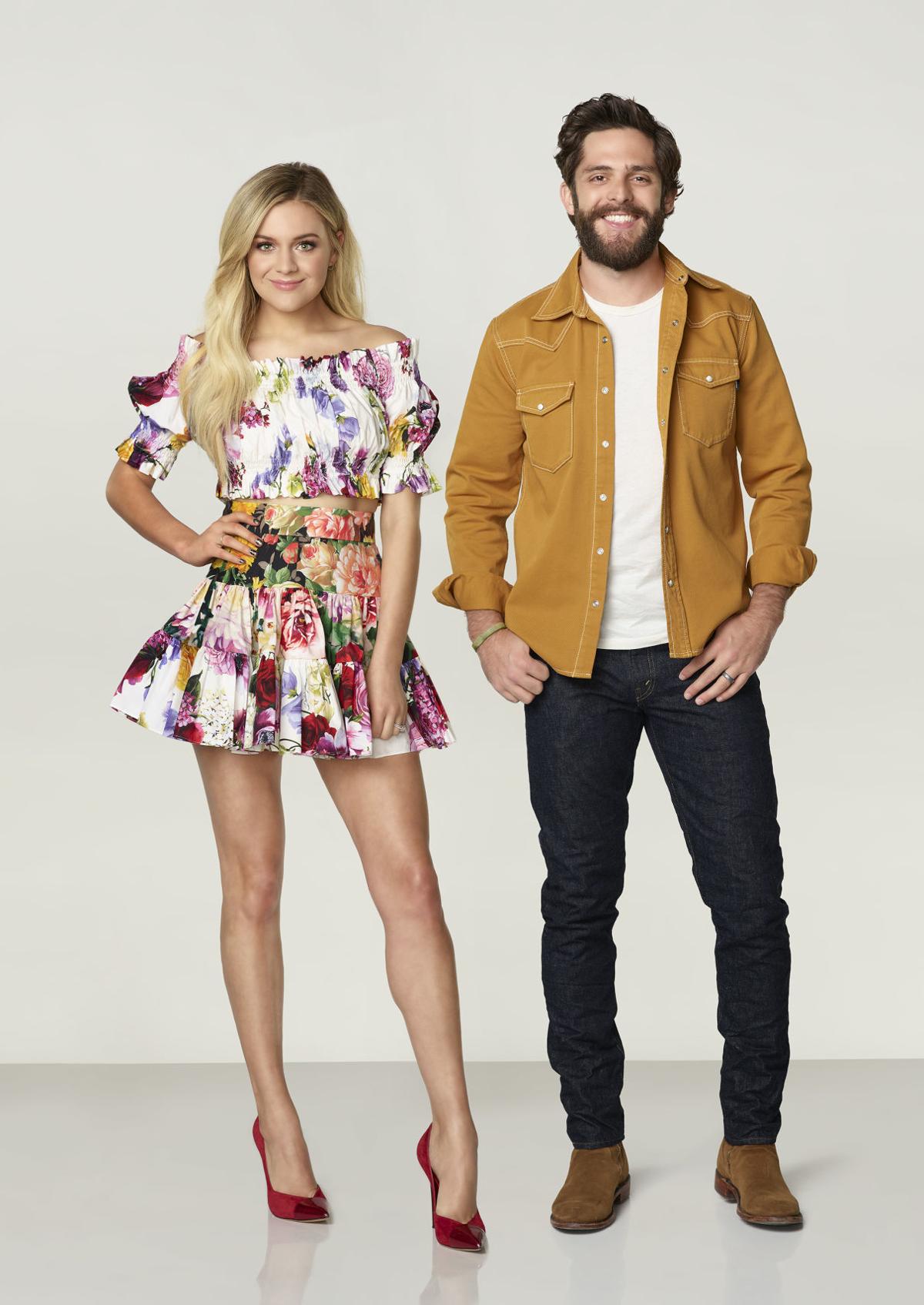 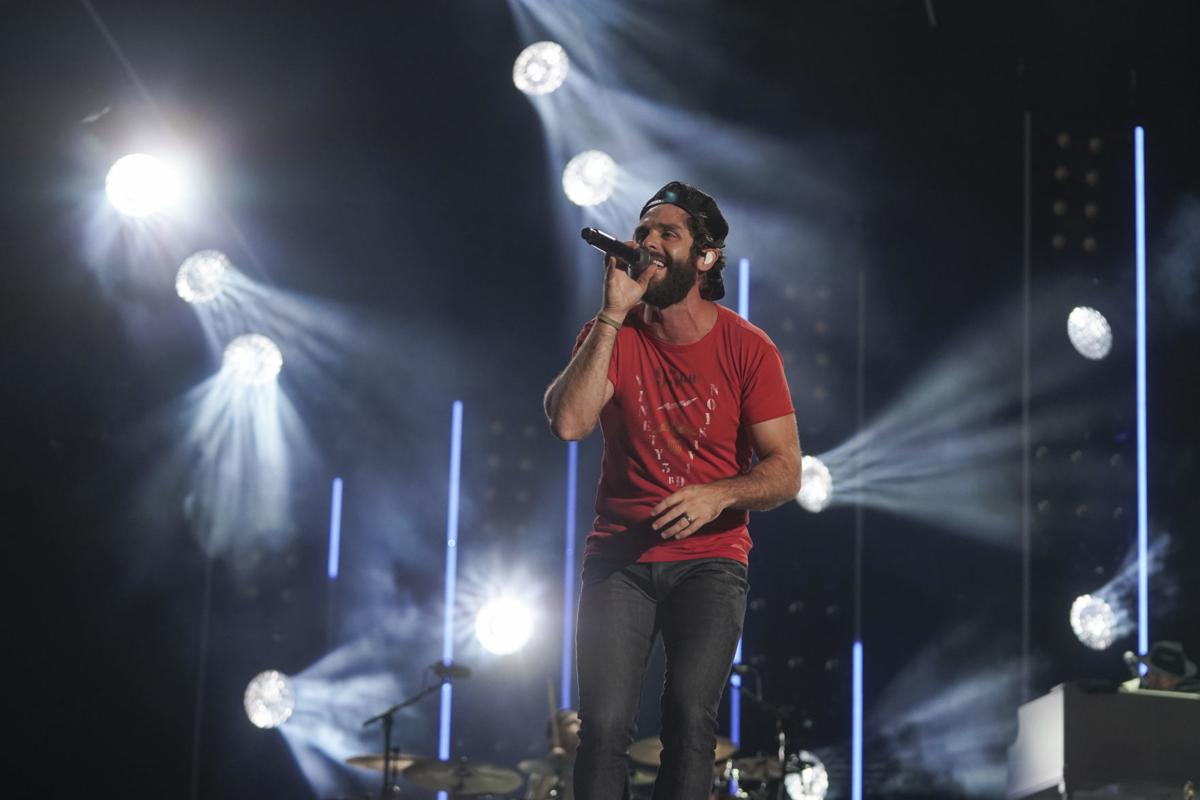 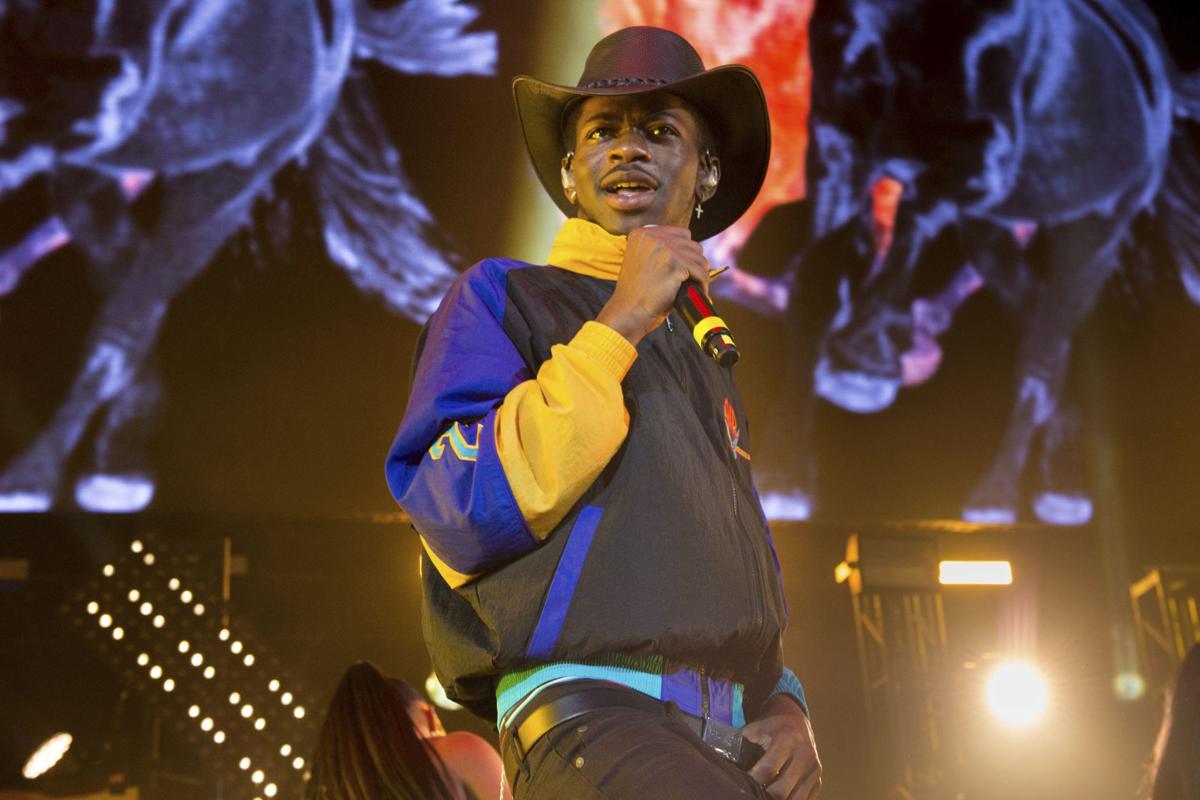 FILE - This June 1, 2019 file photo shows Lil Nas X performing at HOT 97 Summer Jam 2019 in East Rutherford, N.J. The rapper has taken his "Old Town Road" to the top of the Billboard charts for 16 weeks, tying a record set by Mariah Carey and Luis Fonsi. (Photo by Scott Roth/Invision/AP, File)

“CMA Fest,” the Music Event of Summer, brings the hottest music acts together on one stage for three full hours of epic collaborations and must-see performances.

FILE - This June 1, 2019 file photo shows Lil Nas X performing at HOT 97 Summer Jam 2019 in East Rutherford, N.J. The rapper has taken his "Old Town Road" to the top of the Billboard charts for 16 weeks, tying a record set by Mariah Carey and Luis Fonsi. (Photo by Scott Roth/Invision/AP, File)

The next stop on the highly unlikely journey of Lil Nas X and his smash hit, “Old Town Road,” is the star-studded stage of CMA Fest, airing Aug. 4 at 8 p.m. on ABC.

“Old Town Road,” written by Lil Nas X, Kiowa Roukema, Atticus Ross and Trent Reznor, recently made history, becoming the longest running No. 1 single on Billboard, maintaining the position for 17 weeks and surpassing the 1995 hit “One Sweet Day” by Mariah Carey and Boyz II Men as well as “Despacito” by Luis Fonsi and Justin Bieber, which both held the spot for 16 weeks.

Created while Lil Nas was homeless and sleeping on his sister’s couch, and built on a “beat” that he purchased from a music website for $30, “Old Town Road,” which is accompanied by a zany video featuring Billy Ray Cyrus and comedian Chris Rock, was met with controversy shortly after debuting at No. 19 on the Hot Country chart. Billboard removed the track, stating that ir was not a country song, while allowing it to remain on the Hot R&B/Hip-Hop list.

Upon hearing of the Billboard decision, Lil Nas told Time magazine, “The song is country trap. It’s not one, it’s not the other. It’s both. It should be both.” When asked if he believed that race was a factor, he responded, “I believe when you’re trying something new, it’s always going to get some kind of bad reception. For example, when rap started, or when rock and roll began.”

Amid the public outcry and allegations of racism, given that white artists are allowed to move freely between different musical genres, country star Billy Ray Cyrus of “Achy Breaky Heart” fame voiced his support of Lil Nas tweeting, “Been watching everything going on with OTR. When I got thrown off the charts, Waylon Jennings said to me, ‘Take this as a compliment.’ Means you’re doing something great! Only outlaws are outlawed. Welcome to the club!”

Back in April, Cyrus joined Lil Nas X on an “official” remix of “Old Town Road,” and before long the song was reinstated onto the Hot Country chart, although Billboard denied that race played a part in any of its decisions.

Hosted by Kelsea Ballerini and Thomas Rhett, this Sunday’s television special, filmed during Nashville’s 48th Annual CMA Fest in June, features a number of creative country collaborations that could engage the non-tradition viewer including:

Kelsea Ballerini and The Chainsmokers-”This Feeling”

Brantley Gilbert and Lindsay Eli-”What Happens In A Smaill Town”

Carrie Underwood and Joan Jett-Medley of “I Hate Myself for Loving You,” “Bad Reputation,” “Crimson and Clover,” “Fresh Start” and “I Love Rock ‘N’ Roll”

It’s about to get seriously funny on “The Last O.G.,” starring Tracy Morgan and Tiffany Haddish.

Philly filmmakers are invited to enter the inaugural John Singleton embRACE L.A. Short Film Competition, which is inspired by the legacy of Af…

Summer is flying by, and even if you don’t have a big destination vacation planned, there’s still time to get out of the city, enjoy some grea…

Will and Jada Pinkett Smith's 'Sprinter' is ready to take off

With the 2020 Summer Olympics in Tokyo just under a year away, and immigration a hot topic in the headlines, “Sprinter,” executive produced by…