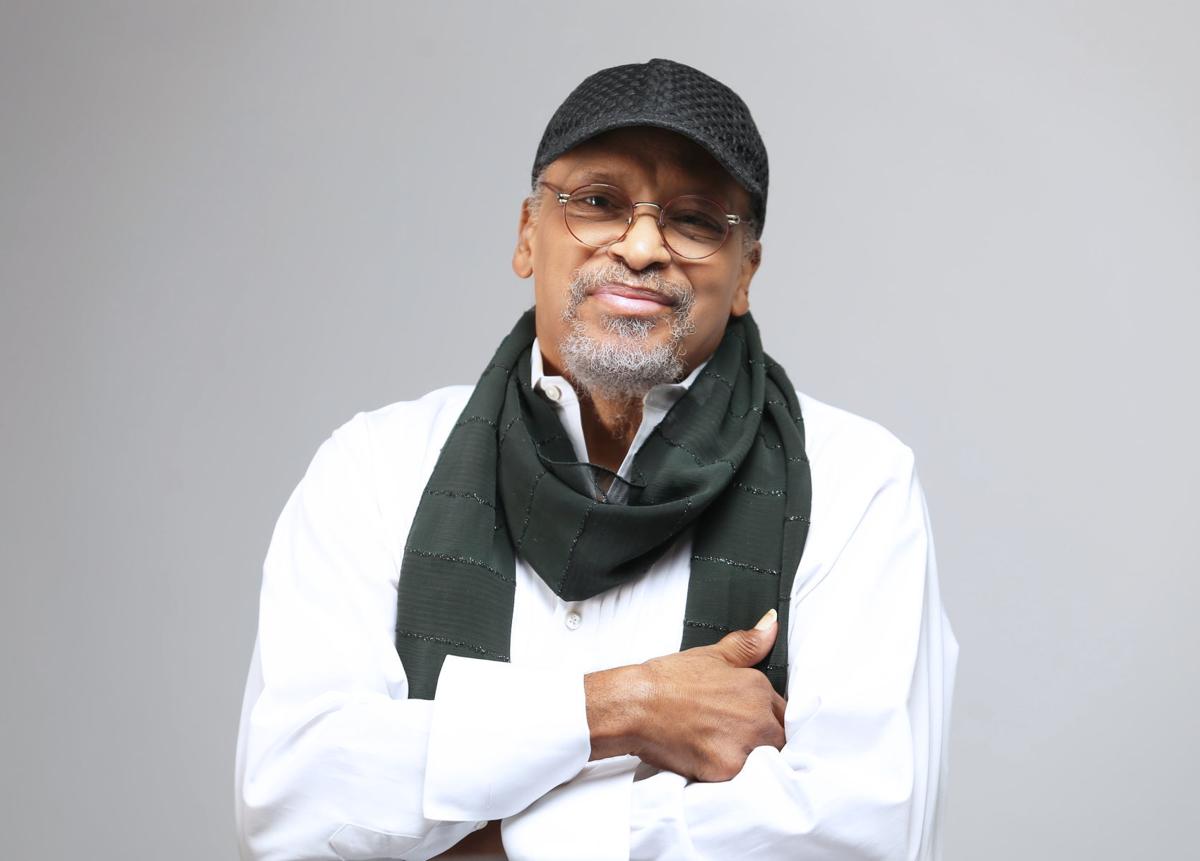 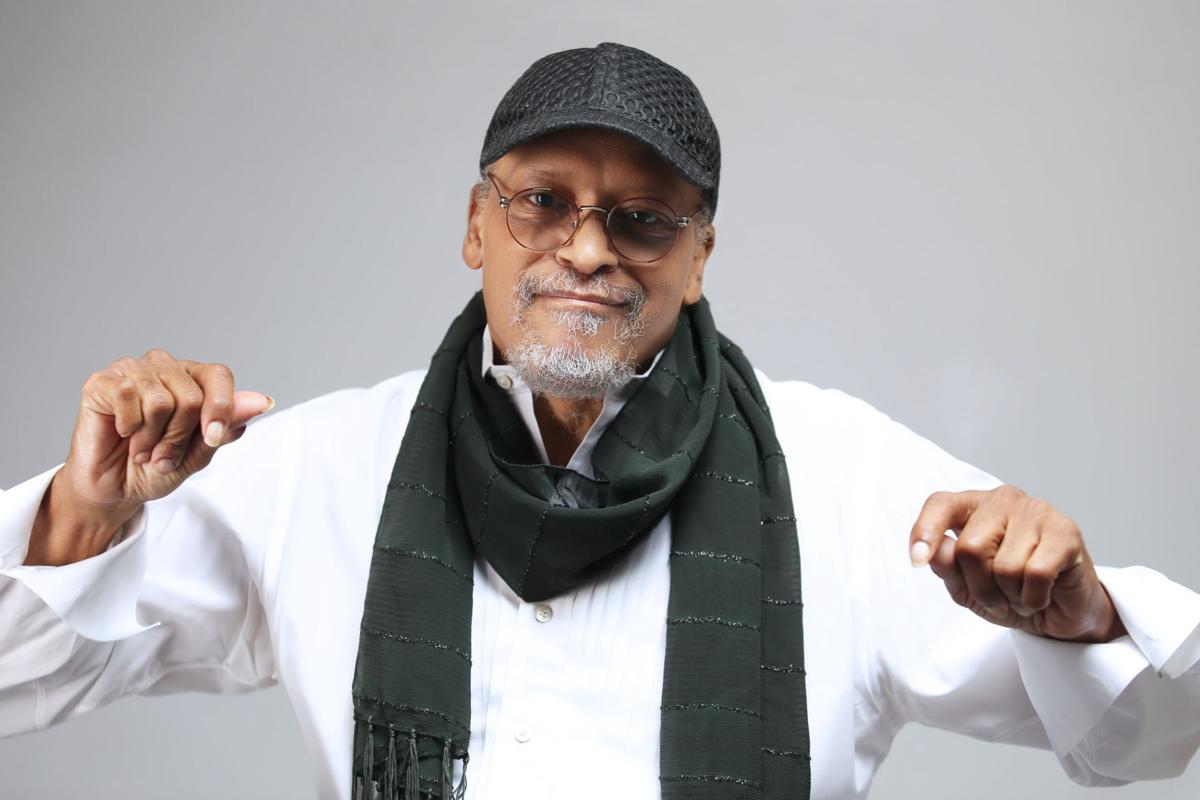 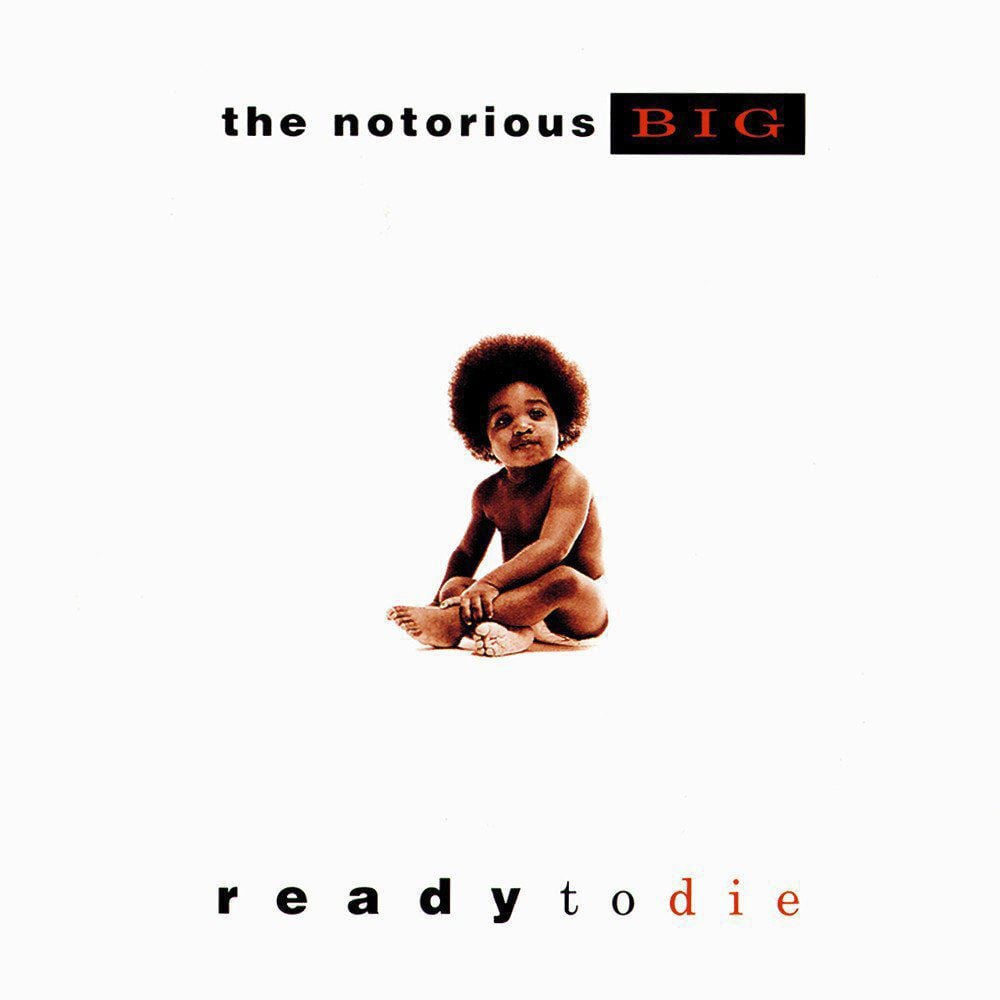 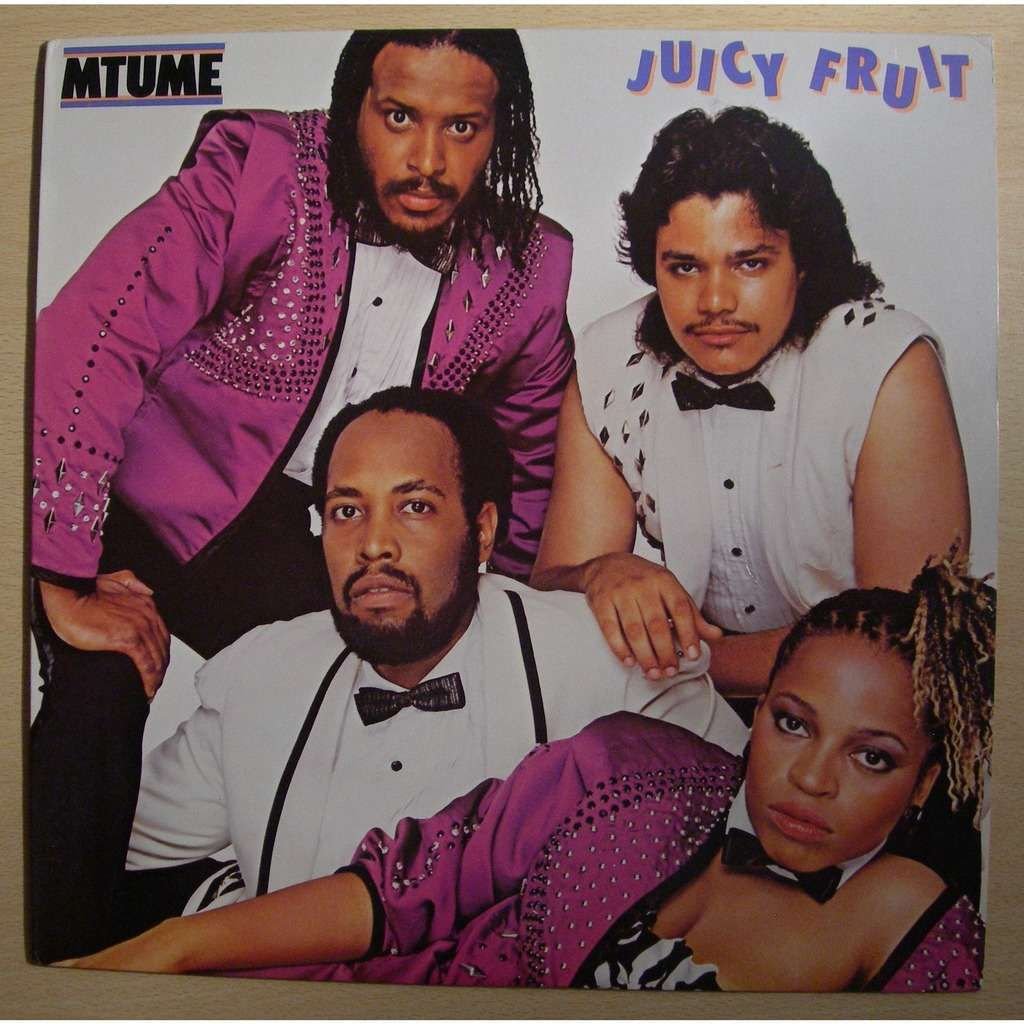 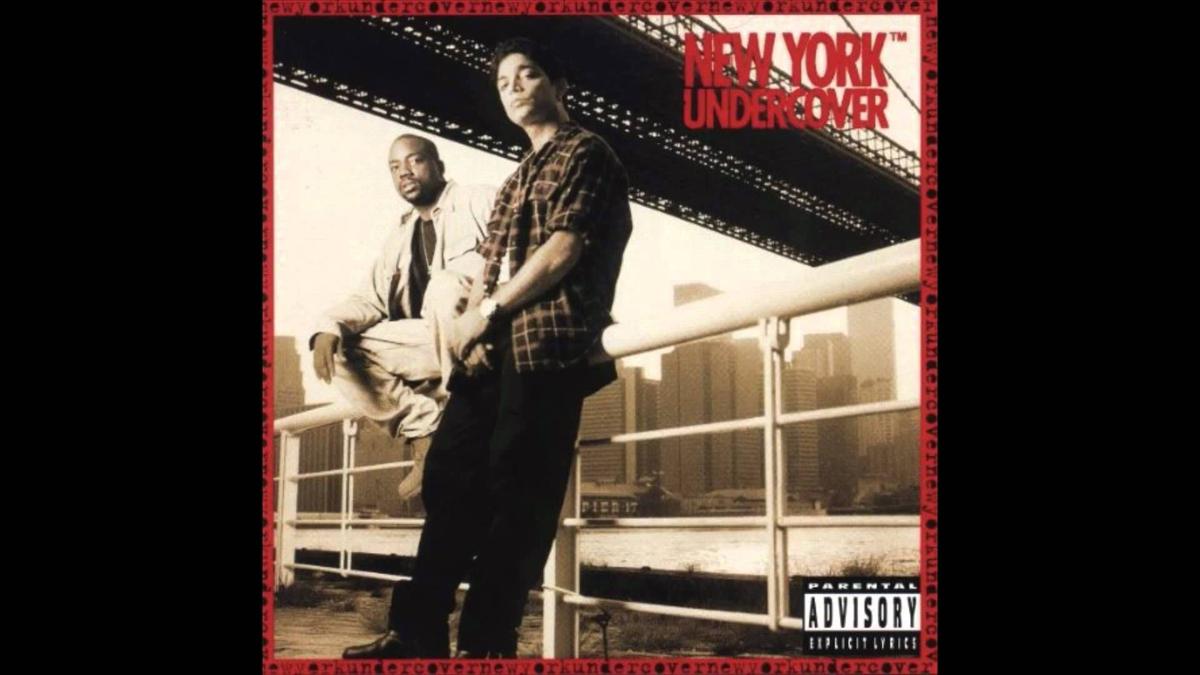 For five decades, percussionist, composer and producer James Mtume, 71, has performed his music, moving easily through genres including alternative jazz, R&B, hip-hop and film scoring. Mtume’s talent is in his blood — he is a member of an illustrious Philadelphia family of musicians.

“I would say I had a very special childhood growing up,” said Mtume. “My biological father, James Heath, is a world-renowned saxophonist of the famous Heath Brothers. But the father who raised me, and I don’t use the word stepfather, was James Forman, who was also a jazz musician. He played with Dizzy Gillespie, Charlie Parker and all those people. So, when I’m growing up, maybe at dinner one night, there’s Dizzy Gillespie, another night, there’s John Coltrane [or] Thelonious Monk.

“I was only 10-years-old, so I didn’t know how deep it was, but I did know it was extraordinary hearing these conversations with these great jazz musicians. At the same time, I’m growing up listening to the birth of R&B and soul — there’s James Brown, The Temptations, Motown — so I had a very interesting musical background coming up.”

In 1966, Mtume went to Pasadena College on a swimming scholarship and was drawn to the cultural and political changes occurring in the country at that time. After he joined a branch of the Black Power Movement, Mulana Kurenga bestowed him a new Swahili surname: “Mtume” which means messenger or prophet.

“While I was out in California, I decided to pursue my musical interests and I ended up coming back to the East Coast to help in the election of the first Black mayor of Newark, [N.J.], Ken Gibson. After the campaign, I began to work with all the jazz cats: Sonny Rollins, Herbie Hancock, McCoy Tyner, Freddie Hubbard. Of course, I get that call one day from this guy called Miles Davis, and the rest is history.”

In 1971, Davis spotted Mtume at a New York City performance at the Village Vanguard and soon after invited him to join his band. Mtume toured with Davis for five years. “People ask me, where did I go to school, and I say, ‘M.D. University,’ you dig? The main lesson I learned with Miles is never stay still — always push forward. He said, ‘When you cross a bridge, burn it.’ So you can’t even go back, even if you wanted to. That was his message: Keep pressing the boundaries of the music.”

For Mtume, it was a lesson learned. His first stop after performing with Davis was composing “The Closer I Get to You,” a duet performed by Roberta Flack and Donny Hathaway.

He continued into his chart-topping R&B years as a band, Mtume, with the 1983 release of “Juicy Fruit” exploding on the charts. Featuring Tawatha Agee on lead vocals, the salacious song became a much-sampled tune, being used as the basis for at least 70 songs, most notably by The Notorious B.I.G. on his debut solo single, “Juicy,” Faith Evans for “Faithfully,” Keyshia Cole on her single “Let It Go” and Tamar Braxton on her hit single “The One.”

“The truth is you carry the DNA of everything you did into your new genre. That jazz background helped me bring that influence into R&B. Someone said I was very drastic, and it may sound like that. ‘Juicy Fruit’ is very different from the other stuff I did, but there are definitely rail tracks [to the past].”

During this transitional period, Mtume created a unique sound with his ‘sophisti-funk’ and turned an era on end with hits for the likes of Phyllis Hyman, the Spinners, Lou Rawls and Stephanie Mills.

He and guitarist/partner Reggie Lucas won the Grammy Award for Best R&B Song for writing and producing fellow R&B artist Stephanie Mills’ top-ten hit, “Never Knew Love Like This Before,” for which she also won a Grammy for Best Female R&B Vocal Performance.

“I migrated into composing for film and television. I did the score for a movie called ‘Native Son,’ and a couple of years later I became the musical director and director for a daring television show called ‘New York Undercover.’ I felt most rewarded doing [‘New York Undercover’] because it gave me a chance to put a Black sound on television in a way that had never been done.”

The 1994 Fox cop drama was defined by its music, especially the nightclub showcase “Natalie’s,” where hip-hop and R&B stars, new and old, performed classics.

“Not only did I compose all the music for the show, I created Natalie’s, [and] all those tracks I actually redid, they were not from [the artist’s] records so that’s where my producing chops came in. That was a very exciting show to do because it took place in an urban setting, which had never been done, and I was the only Black composer on television with a dramatic series, not a comedy.”

Mtume retired from music, but not from activism. For years he was a popular political commentator on “Open Line,” formerly on WBLS FM. Nowadays, he is commemorating the anniversary of his classic jam as well as celebrating the upcoming TV One “Unsung” episode regarding Mtume’s life and career.

“I’m ready to see it, and I am curious to hear the response,” said Mtume. “My music history spans 50 years — jazz, funk, R&B, scoring — so it will be interesting to see how [‘Unsung’] deals with it.”

To discover more of Mtume, stay connected at jamesmtumeonline.com