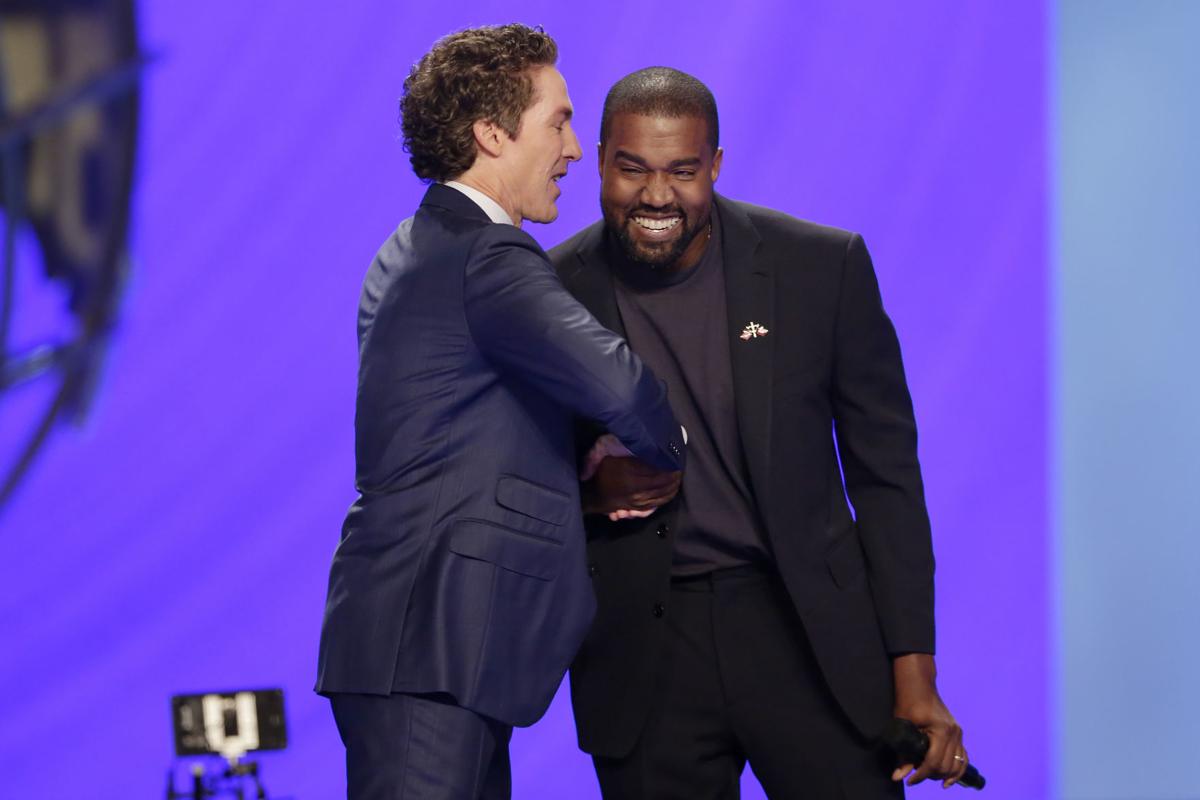 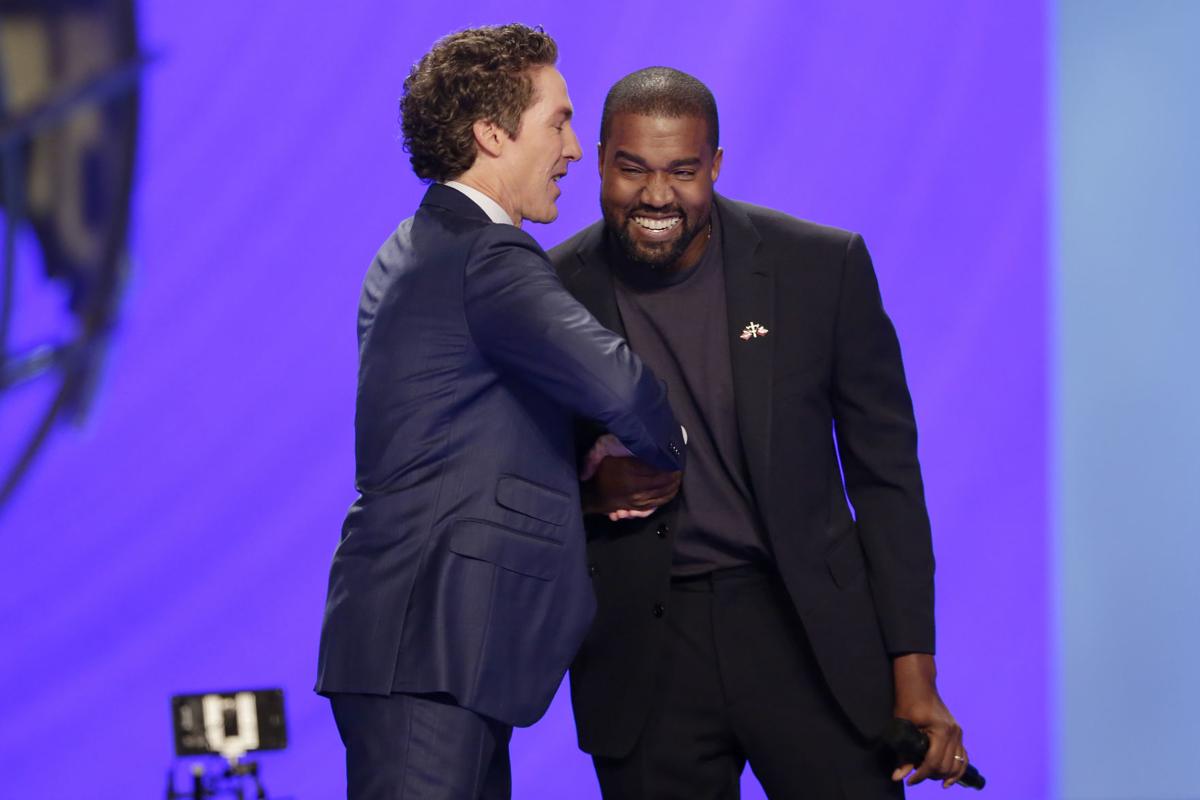 Kanye, Osteen to team up for stadium sermon

Kanye West will join Joel Osteen again, this time for a stadium sermon in New York.

The rapper, who says he is a born-again Christian, is set to preach and pray with the famous Texas pastor and his wife, Victoria Osteen, at their “Night of Hope” event on May 2, 2020.

The event will take place at Yankee Stadium, TMZ reports, and is one of many tour stops the Osteens will make across the country.

West was added to the “Night of Hope” after appearing in November at Osteen’s Lakewood Church in Houston, where he performed classics like “Jesus Walks” and songs from his ninth studio album, “Jesus Is King.” West also performed gospel remixes to classic R&B ballads.

He added that God was there for him during his mental breakdown in 2016. God “was there with me, sending me visions, inspiring me.”

West released his religious-rap album, “Jesus Is King,” in October. He’s been performing across the country to promote it and has also released “Jesus is King: A Kanye West Film,” an IMAX documentary to accompany the album.

Jay-Z celebrates 50th with a return to Spotify

Jay-Z turned 50 years old (can you even believe that) on Dec. 4 and there’s cause to celebrate over on Spotify.

That’s because the prolific rapper’s music catalog has been returned to that streaming service after a two year absence.

Spotify tweeted about it Wednesday.

“Happy birthday, Hov Welcome back to Spotify,” they tweeted, linking out to his tunes.

He is, of course, the owner of Spotify competitor Tidal and there’s been no official announcement as to why his music is back on Spotify.

But to quote one of his verses on his wife Beyoncé’s hit “Déjà Vu,” “Now be everywhere, the nerve of rap.”

Tyson won three Emmy Awards over her nearly seven-decade acting career, including two trophies for 1974’s “The Autobiography of Miss Jane Pittman” and one for 1994’s “Oldest Living Confederate Widow Tells All.”

MacFarlane, a writer, director, producer and performer, is a five-time Emmy winner for his animated series “Family Guy.”

Iger became CEO of Disney in 2005, and during his tenure the company acquired Pixar, Marvel, Lucasfilm and 21st Century Fox and launched the new Disney Plus streaming service.

Frank Scherma, chairman and CEO of the academy that organizes the Emmy Awards, said the five individuals’ “remarkable contributions” continue to shape the TV industry.

Lucille Ball, Walter Cronkite, Bob Hope, Shonda Rhimes and Ron Howard are among the nearly 150 people who have been inducted in the Hall of Fame since its start in 1984. The newest group will be honored at a Jan. 28 ceremony.

In case you missed it, Baby Yoda is a part of the Disney + show “The Mandalorian,” and has won the hearts of everyone who’s seen his adorable baby face, including Dwayne “The Rock” Johnson.

While promoting his upcoming release, “Jumanji: The Next Level,” The Rock took to Instagram to post a picture of himself cradling Baby Yoda in his arms as if he were his own child. In fact, the picture is an edited version of a 2018 photo when his youngest daughter was born.

“Thank you all so much for your well wishes, love & support. Can’t wait to bring this little nugget home to meet his brother @KevinHart4real.”

He even hastagged #iamyourfather, in reference to the famous Star Wars line, “Luke, I am your father.”

The two have long been trolling each other on social media. In October, Hart dressed up as his frequent costar, wearing a black turtleneck, gold chain, jeans and a fanny pack, meant to resemble Johnson in the ‘90s.

Hart also used it for a little promo, adding “We are dropping a brand new trailer for Jumanji The Next Level tomorrow. Stay tuned!!!!!!”