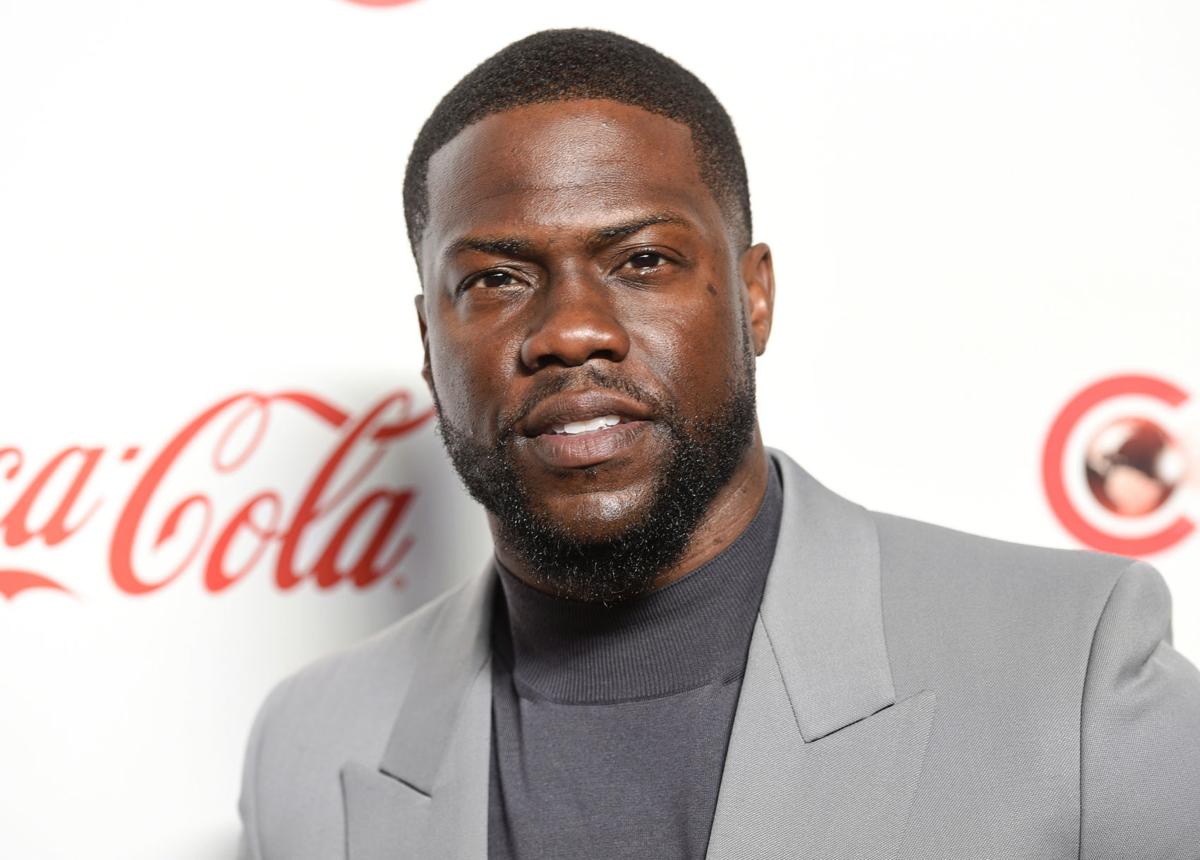 Kevin Hart says his “world was forever changed” after he suffered a serious back injury when the vintage muscle car he was riding in crashed nearly two months ago in California. In a video posted Tuesday night, Oct. 29 on Instagram, the 40-year-old thanked his family and friends and reflected on how he sees life differently. 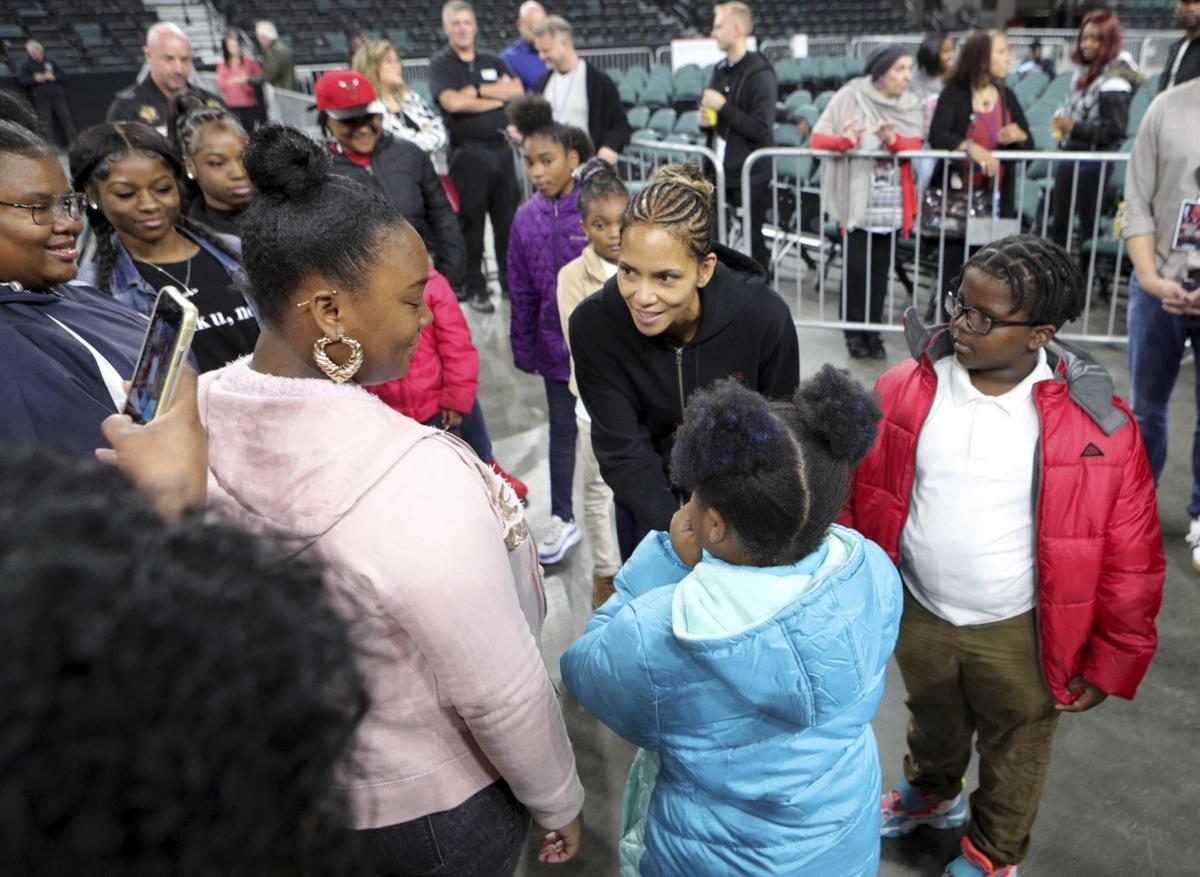 Actress Halle Berry meets with children from Atlantic City on the set of the movie called “Bruised,” Nov. 12, 2019, inside the main arena of Boardwalk Hall in Atlantic City, N.J. Berry is directing and starring in the movie. — PHOTO: Edward Lea/The Press of Atlantic City via AP

Kevin Hart says his “world was forever changed” after he suffered a serious back injury when the vintage muscle car he was riding in crashed nearly two months ago in California. In a video posted Tuesday night, Oct. 29 on Instagram, the 40-year-old thanked his family and friends and reflected on how he sees life differently.

Actress Halle Berry meets with children from Atlantic City on the set of the movie called “Bruised,” Nov. 12, 2019, inside the main arena of Boardwalk Hall in Atlantic City, N.J. Berry is directing and starring in the movie. — PHOTO: Edward Lea/The Press of Atlantic City via AP

John Legend is People’s Sexiest Man Alive. Now this has sparked a debate because Legend is the father of two children and is married to Supermodel and TV Personality Chrissy Teigen. Some folks thought the Sexiest Man should be single. I remember when I went to see John Legend with Sade some years back in concert. I can tell you from where my front row seat was, Legend could have won Sexiest Man back then!! (SMILE). The 40-year-old singer/songwriter and Penn graduate takes the crown from Idris Elba. Legend is in the short company EGOT category as an Emmy, Grammy, Oscar and Tony award winner. Legend is also a mentor on NBC’s “The Voice.” Legend’s double “People” cover hits newsstands today.

Kevin Hart has made his first public rounds since that Labor Day holiday car accident. “My Nephew” has hit up some radio and TV appearances with the most high profile being his accepting The People’s Choice Award this week for Favorite Comedy Movie Star. He said he appreciates life more and thanked his wife and children who really stepped up. Earlier in an interview, the 40-year-old comedian/actor described the rehab as humbling and that in the beginning of that journey, he couldn’t move or do things for himself. Hart also thanked his fans for their support and described the entire incident as God trying to tell him to sit down. Hart says he sees things differently and his appreciation for his life, family and friends is through the roof.

Singer LeLee Lyons of SWV has a new book and quite a few revelations. She came to see me at the WDAS studios and gave me the scoop on my Youtube channel. “I Regret The Day I Lost My Virginity: You Are Not Your Past” is the title of her book. LeLee holds nothing back and we talked about why she chose to cover the topics of molestation, teen pregnancy, homelessness, a suicide attempt and turning it all around. In between of course, she was a member of one of the 1990’s most memorable musical acts SWV. Their hits include I’m So Into You, Rain, Weak, Anything, Use Your Heart and Right Here (Human Nature). Lyons said it took her a minute to realize she needed to be a vessel to talk about her experiences as frankly as she could. The book is in stores and online now.

What went wrong in the relationship between Halle Berry and her ex-boyfriend and father of her daughter model Gabriel Aubry? They had a nasty split that even involved her second baby daddy and ex-husband Oliver Martinez laying hands on Aubry after a confrontation at Berry’s place. Well, court documents just got released and Berry leveled quite a few accusations … including incest. What? Berry claimed in the court papers that Aubry was having sexual relationships within his own family, and that affected their own sex life and Berry has trauma from it herself. Also Aubry stands accused of criticizing Berry’s body, suffering from mental health issues like depression, and that he was racist. Racist? Berry says Aubry didn’t wanted to acknowledge the Black part of their daughter’s heritage.

In better Halle news, she’s starring in and directing a martial arts action movie called “Bruised.” This is a good time for Berry as far as movies go. Her last role was with Keanu Reeves in this summer’s “John Wick: Chapter 3 — Parabellum,” which took in more than $325 million at the box office. This time, Berry will play MMA fighter Jackie Justice, a woman who must redeem herself in the ring and with her young son. “Bruised” is filming in Atlantic City.

Congratulations as an Insecure star welcomes a brand new baby. Jay Ellis and his model fiancée Nina Senicar released first pics on social media of their daughter Nora. As it happens, Nora was born on Nina’s 34th birthday. Ellis is best known for his roles on “The Game” and as “Lawrence” in Insecure. Father, mother and daughter are all reported doing well.

Speaking of “Insecure,” creator/producer/leading lady Issa Rae has a new romantic film coming soon. As a professional woman attempts to retrace the good and bad about her mother’s life through a series of photographs, she worries about repeating her mom’s mistakes as she embarks upon an unexpected romance. Co-starring LaKeith Stanfield (Get Out), Lil Rel Howery, Jasmine Cephas Jones (Hamilton), Teyonah Parris and Courtney B. Vance. “Photograph” opens Friday, Feb. 14 (Valentine’s Day).

Michael B. Jordan, Brie Larson and Jamie Foxx lead the legal drama Just Mercy. Jordan is Lawyer Bryan Stevenson and his client is convicted murder Walter McMillian (Foxx). The film follows the true story of their attempt to appeal McMillian’s Alabama death sentence and all of the questionable actions from the police investigation to the judge’s initial sentence that preceded it. “Just Mercy” opens Christmas Day.

Chadwick Boseman stars in Boseman is “21 Bridges.” Partially filmed here in Philly, Boseman is an NYPD detective in hot pursuit of a cop killer. As a result of the chase, Manhattan’s 21 bridges must be shutdown to catch the criminal. 21 Bridges is due out Friday, Nov. 22.

Actress and supermodel Jodie Turner Smith covers the latest issue of “Essence.” The November issue’s theme is Wok (work), a state of consciousness, including profiling 100 Black women advocating for change.

John Legend and Chrissy Teigen are on the cover of the December issue of “Vanity Fair.” They talk about standing up to President Trump’s tweets, overcoming childhood pain and enjoying success as a couple.

Oscar winner Regina King is on the cover of November’s “Marie Claire.” The actress and director talks about her superhero moment.