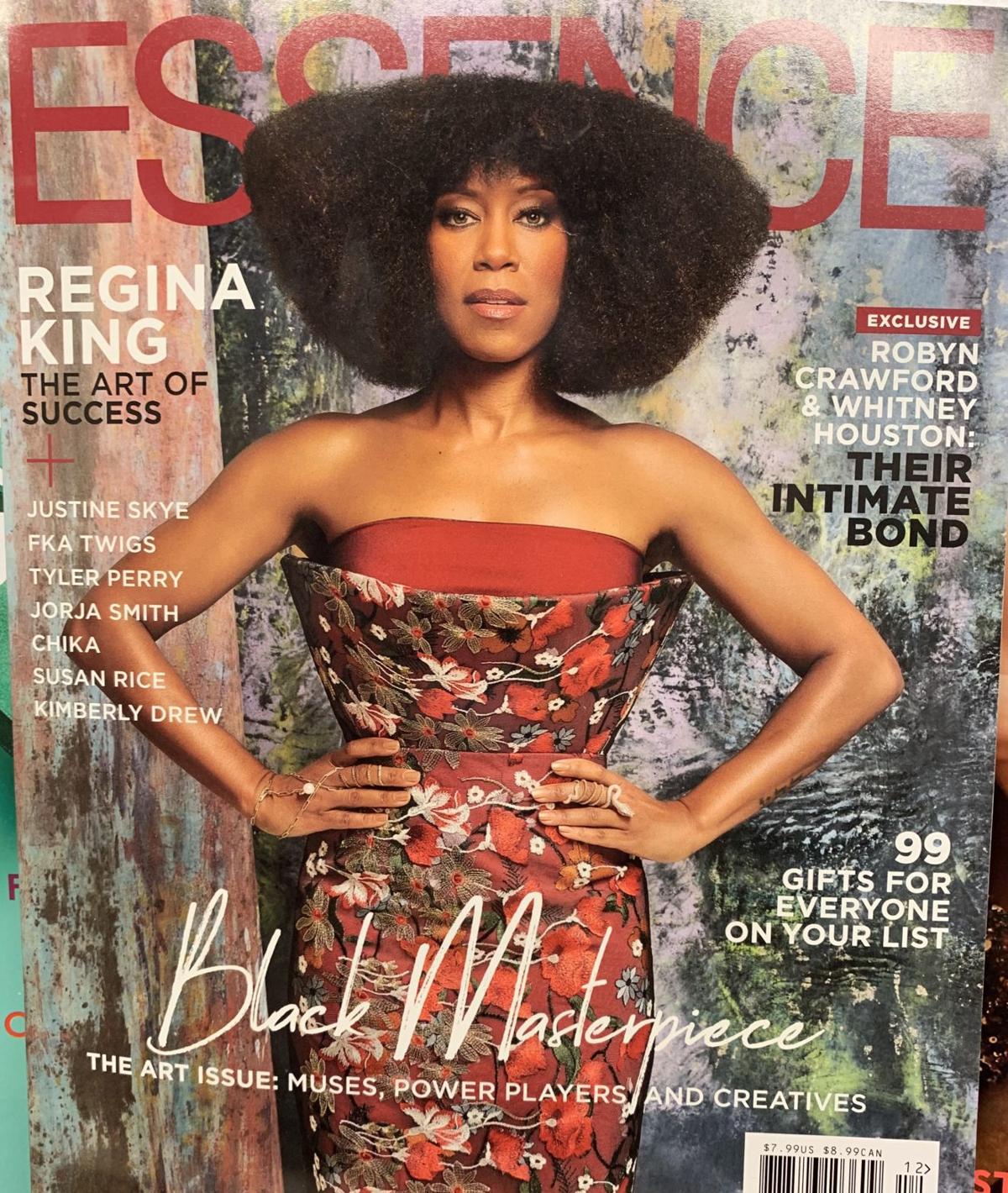 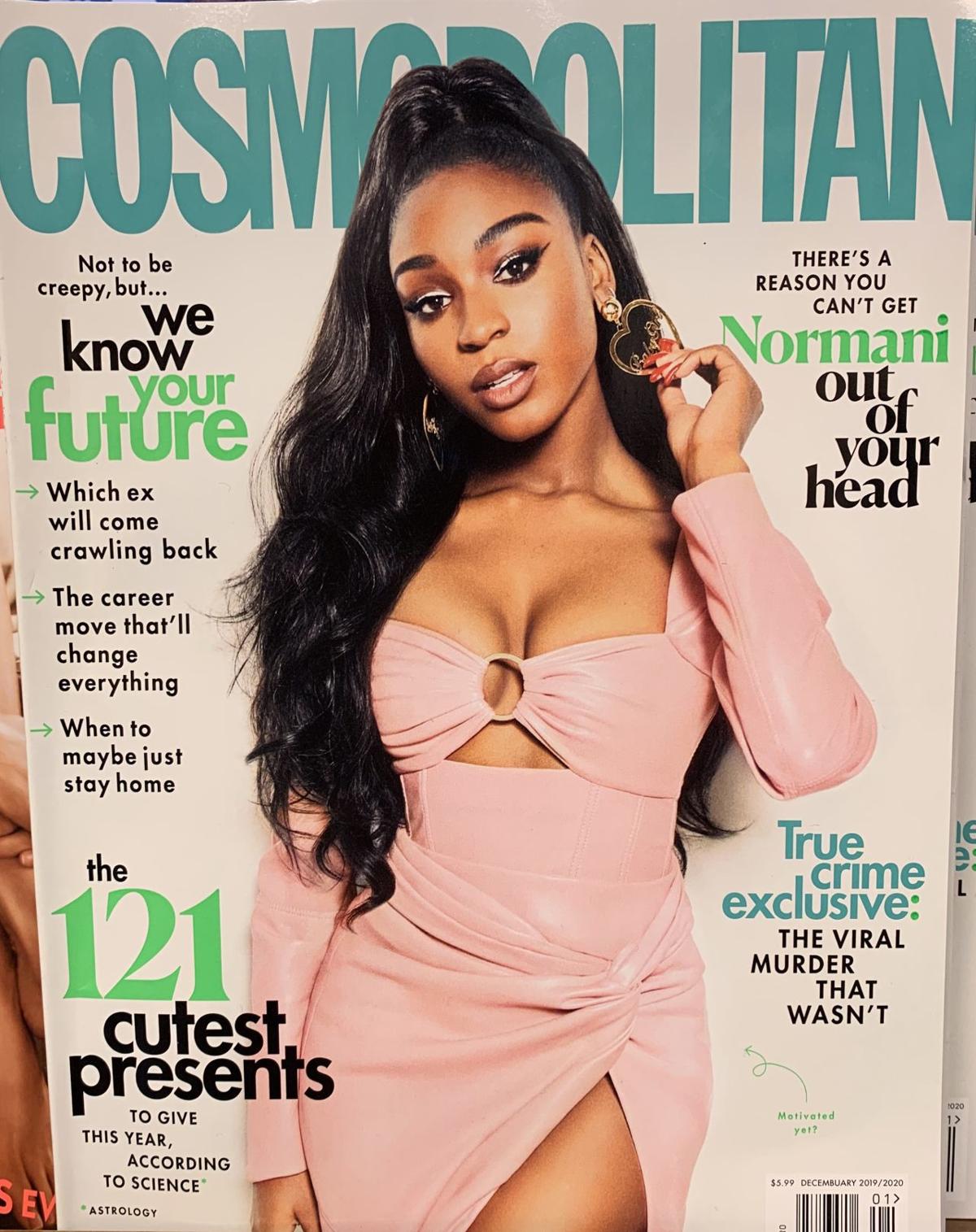 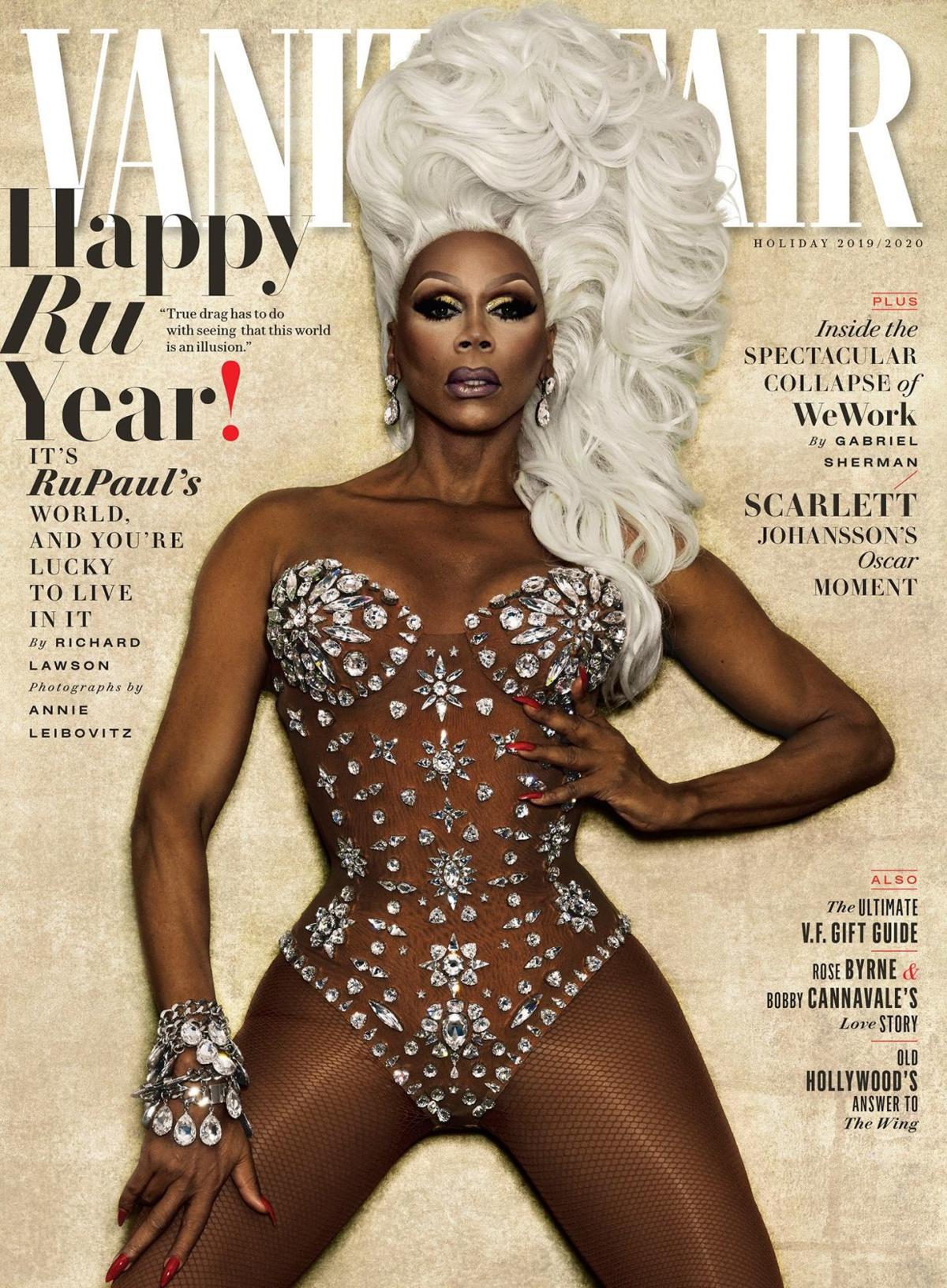 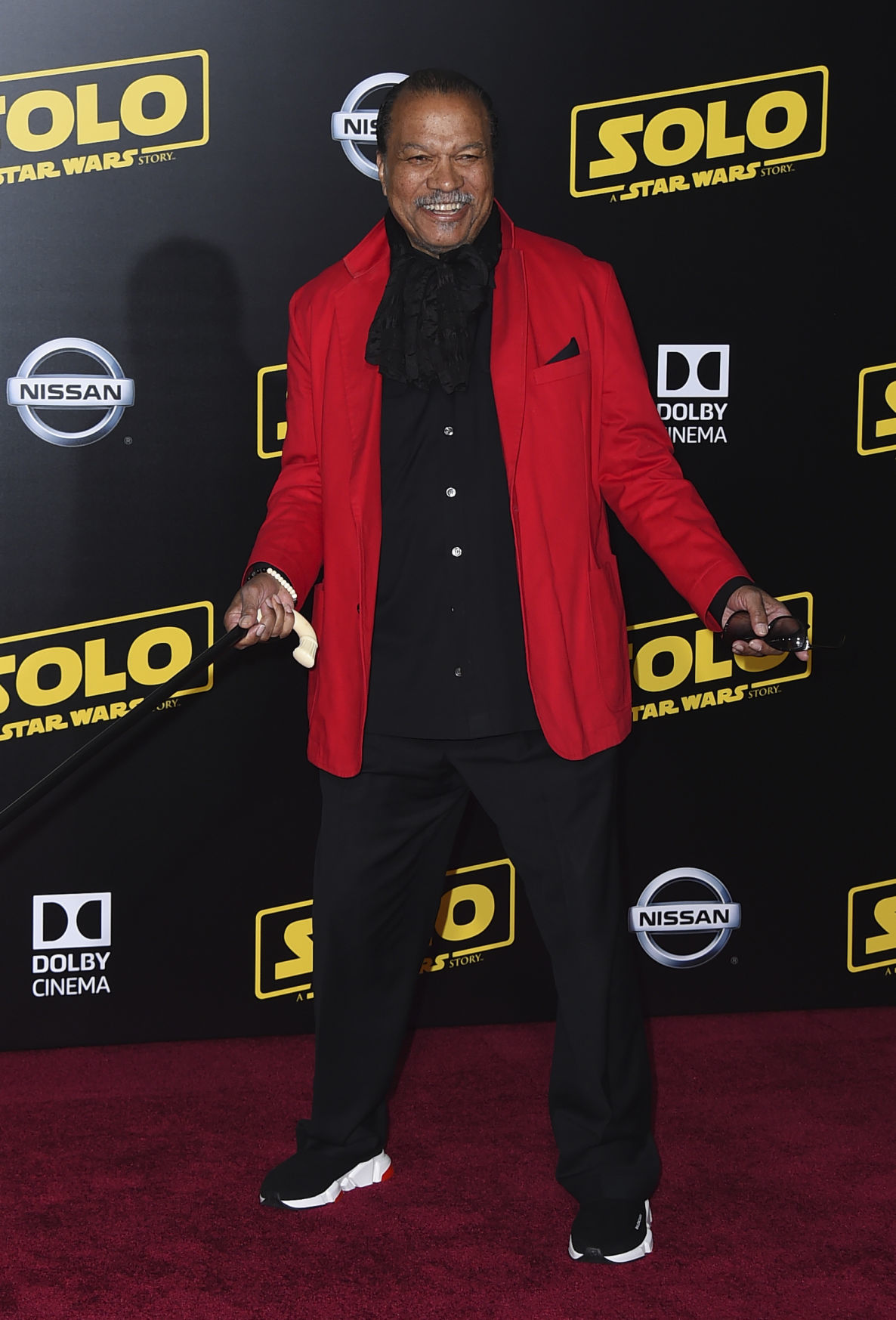 The real Joycelyn Savage speaks and says it wasn’t me. The girlfriend of R. Kelly has released a video in which she denies being a part of any of the social media claiming Kelly has been abusing her. Last week, a pay social media service had a woman claiming to be Savage detailing a long series of abusive episodes with Kelly. The problem was the quick turnaround from being supportive of the currently incarcerated singer/songwriter (no bail) as well as some details described by the social media service raised doubts. Even another Kelly accuser said the details were off and something wasn’t right here. So, if Savage didn’t turn on Kelly, who did? Once again people are pointing fingers at Savage’s family and/or their supporters remembering their many media appearances blaming Kelly with claims he’s controlling Savage.

Speaking of clearing the air, there’s Billy Dee Williams. Before Denzel, Idris, Wesley and Michael B., there was Williams. Williams star shined bright in films like “Batman,” “Nighthawks,” “Star Wars,” “Lady Sings The Blues” and “Mahogany,” just to name a few. Within a week the legendary TV and film sex symbol was said to be gender fluid meaning not identifying as male or female. Gossip sites picked up on this and it spread like wildfire. Williams had to explain that he was telling “Esquire” magazine that he’s a man in touch with his softer side. He said that his speaking of seeing himself as both masculine and feminine referred only to that and not his sexual orientation. Williams confirmed he’s got nothing against gay people, but he’s not one of them. After the social media brouhaha, Williams said he had to ask “What the hell is gender fluid?”

Gabrielle Union speaks up and now NBC says there’s an ongoing investigation into allegations of a toxic work environment on “America’s Got Talent.” This week Union, who was dismissed from the NBC variety show, went back to NBC and she tweeted she and the network had a five-hour meeting. Union called it productive, said she expressed her unfiltered truth and that she hoped for real change to come from transparency. Union didn’t detail the topics and has yet to confirm any of the allegations floating around the media. And what are the allegations? They range from Union being told that her hairstyles and wardrobe were too Black to Jay Leno allegedly telling a racially insensitive joke about Koreans and Union encouraging offended workers to report it to human resources. Plus, there’s an apparent meeting that Union had with producer/show judge Simon Cowell at his Malibu home. This has created a media firestorm and additional accusations about how Cowell, whose company co-owns the show, runs his business. Ex-judge Sharon Osborne called “America’s Got Talent” a boys club and ex-judge Howard Stern reportedly says that Cowell and “America’s Got Talent” employ sexist double standards. Union’s fellow judge Julianne Hough is also not returning. When asked about the controversy, Hough says she gives both NBC and Union credit to be willing to sit down and make change happen. Hough didn’t get into specific allegations or confirm or deny any behaviors. Hough is working with NBC this holiday season outside of “America’s Got Talent.” Meanwhile, published reports say the focus on NBC’s continuing investigation appears to be on Simon and how he runs shows. Stay tuned.

What do Queen Latifah, Mary J. Blige and Missy Elliot have in common? They’re producing a bio-pic on Lifetime of the legendary Clark Sisters. The Clark Sisters are best known for their crossover gospel hits and their record breaking sales. Their hits include “Is My Living in Vain?,” “Hallelujah,” “Endow Me,” “Jesus Is A Love Song,” “Pure Gold” and “Expect A Miracle.” The Clark Sisters again surprise the industry, when they earned a gold record for their classic “You Brought The Sunshine.” Now previously, Lifetime has had problematic bio pics, but we’re hoping with Latifah/Bilge/Elliot in charge, the story will unfold with dignity. The Clark Sisters biopic will debut in January.

The Grammy nominations saw Lizzo lead all nominees. Song and Record Of The Year cover Lizzo’s debut album, “Cuz I Love You”, and its No. 1 single, “Truth Hurts”. Michelle Obama scored her first Grammy nomination for the spoken word edition of her bestselling book “Becoming”. Alicia Keys hosts The Grammys on Sunday, Jan. 26 at 8 p.m. on CBS.

There a lot of buzz over the new film “Queen & Slim” from producer/writer Lena Waithe. Daniel Kaluuya (“Get Out”) and Jodie Turner-Smith (“True Blood”; “Nightflyers”) play a couple on a first date. At the end of the date, they’re stopped by a rouge traffic cop and kill him in self-defense. The couple then go on the run. The dramatic thriller then follows the affects the video of the incident has after it goes viral all while “Queen & Slim” evade police. “Queen & Slim” is in theaters now.

Michael B. Jordan, Brie Larson and Jamie Foxx lead the legal drama Just Mercy. Jordan is lawyer Bryan Stevenson and his client is convict Walter McMillian (Foxx). The film follows the true story of their attempt to appeal McMillian’s Alabama death sentence and all of the questionable actions from the police investigation to the judge’s initial sentence that preceded it. “Just Mercy” opens Christmas Day.

Oscar-winner Regina King is on the cover of the latest issue of Essence Magazine. The actress/director is on the Black Masterpiece-Art themed issue.

RuPaul is on the holiday 2019-2020 themed cover of Vanity Fair magazine.

Check out who’s coming to town:

Now — Dec. 8 — The UniverSoul Circus returns to Fairmount Park on the grounds of The Mann Center for The Performing Arts, 52nd Street and Parkside Avenue. Tickets are on sale at ticketmaster.com.

Tonight — Anita Baker: The Farewell Concert Series at The Liacouras Center. For tickets and information log onto liacourascenter.com.

This Saturday, Dec. 7 — The All I Want For Christmas show starring Mariah Carey at the Hard Rock Hotel & Casino in Atlantic City. For tickets and information log onto ticketmaster.com

Thursday, Dec. 12 — Sinbad in concert at The Parx Casino Xcite Center in Bensalem, Pennsylvania. Log onto tickets.parxcasino.com for tickets and information.

Saturday, Dec. 28 — Earth, Wind & Fire at the Mark Etess Arena in the Hard Rock Hotel & Casino in Atlantic City. For tickets and information log onto ticketmaster.com.

Record ratings for the Eddie Murphy hosted Saturday Night Live, but did it reignite the feud between Murphy and Bill Cosby?!!! The highest rat…