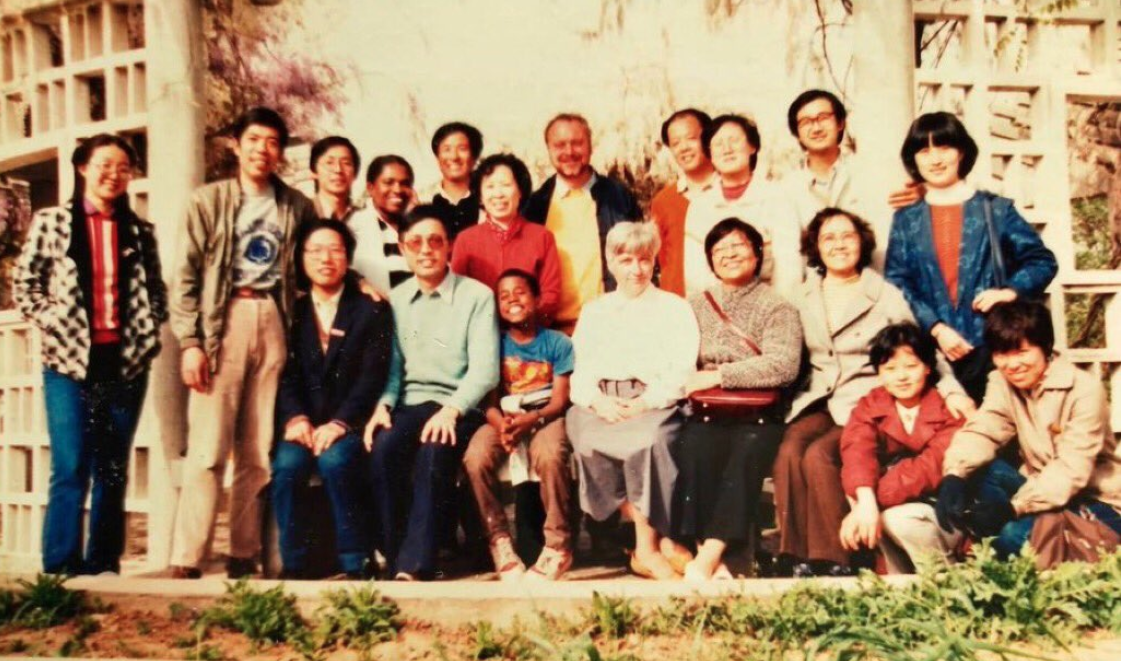 Donda West was a writer, a poet, a curriculum specialist and a Fulbright Scholar. When she went on an almost year-long fellowship to China, she took her son Kanye(center). 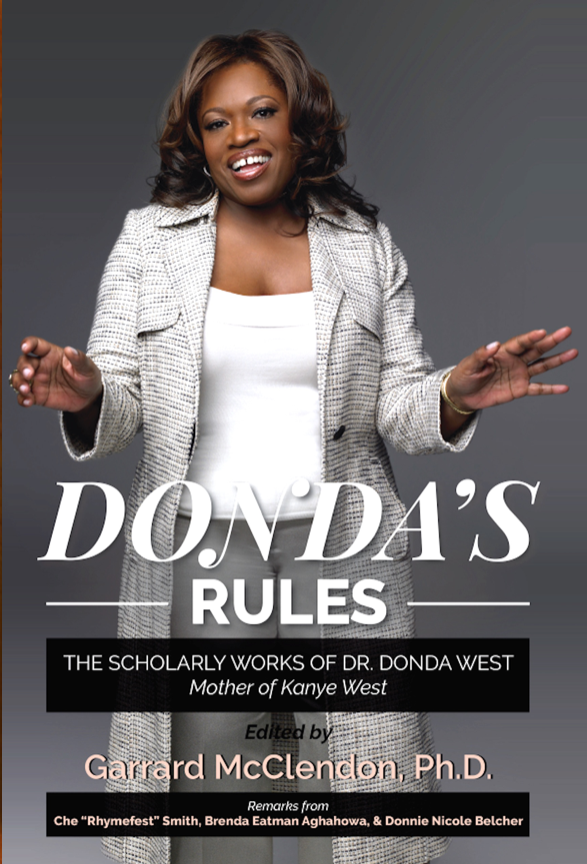 A new book, “Donda’s Rules”, is a collection of her scholarly work and showcases the former professor’s love for literature and the English language. —Submitted photo 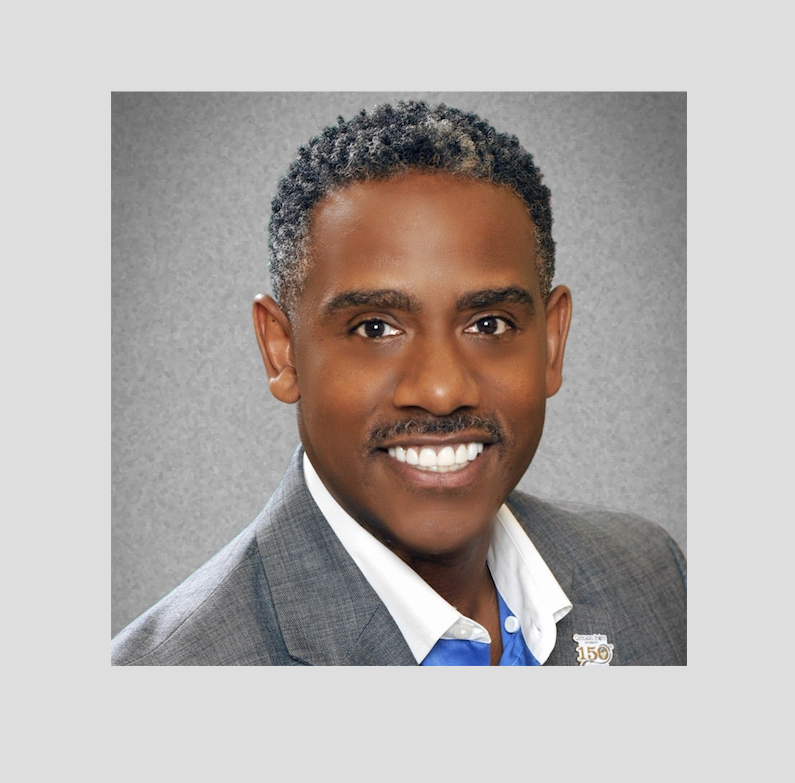 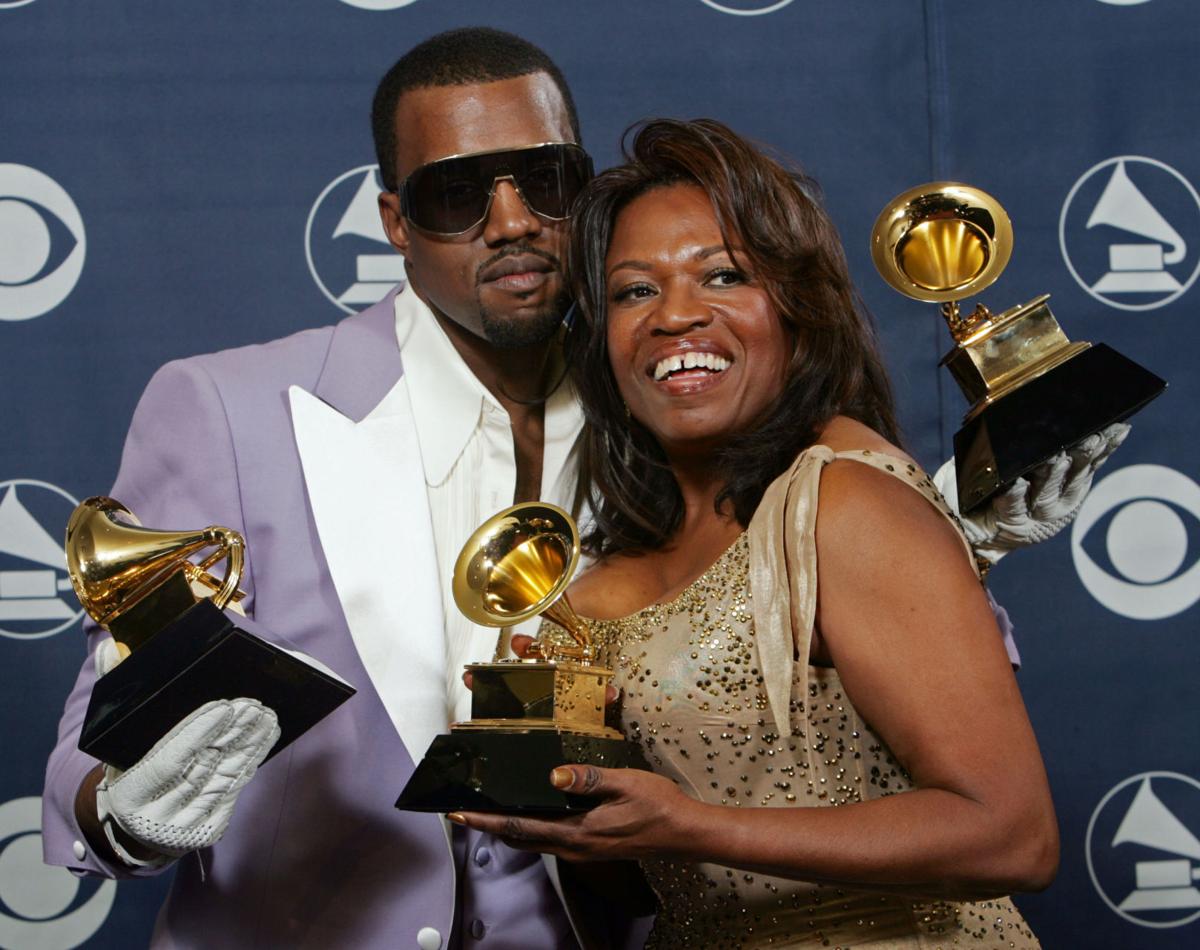 Kanye West and his mother Donda hold his three awards backstage at the 48th Annual Grammy Awards in a 2006 photo in Los Angeles. —AP Photo/Reed Saxon

Donda West was a writer, a poet, a curriculum specialist and a Fulbright Scholar. When she went on an almost year-long fellowship to China, she took her son Kanye(center).

A new book, “Donda’s Rules”, is a collection of her scholarly work and showcases the former professor’s love for literature and the English language. —Submitted photo

Kanye West and his mother Donda hold his three awards backstage at the 48th Annual Grammy Awards in a 2006 photo in Los Angeles. —AP Photo/Reed Saxon

Many people know Donda West as the mother of rapper and presidential hopeful Kanye West but she was a Fulbright Scholar, English professor, writer, poet and so much more.

A new book, “Donda’s Rules,” is a collection of her scholarly work and showcases the professor’s love for literature and the English language. Garrad McClendon, Donda West’s friend and fellow Chicago State professor said the book was a labor of love that was a long time coming. Donda West died in November 2007 at 58.

“About, two years before she passed away, I said, ‘you should have your works published’, and she said ‘why don’t you do it’. We compiled everything probably within a three- to four-year time period. It’s just coming out now, because we just got clearances, and we finally got all of her essential works published,” McClendon said.

According to McClendon, West had a deeply rooted set of ideas when it came to education, language and literature. She expressed these ideas in her scholarly papers, which gave him the idea for the title of the book, “Donda’s Rules.”

“Donda West strongly believed that children learned through their experiences,” McClendon said. “Ebonics was another cause near and dear to her heart. She talks thoroughly and aggressively about Black English being a dialect as well as a language that should be respected by school corporations. The last part of the works are her community based economic development curriculum. She developed a curriculum for freshmen high school students based on language and the economic value of a community. This is some stuff that is really really deep, but it should be used in schools, today.”

McClendon said he believed so much in Donda’s work that he also developed her works into a course at Chicago State University. For two semesters, McClendon has taught “Intro to Education” based on the teachings and theories of Donda West. Now other schools are taking notice.

“We’re excited about some of the HBCUs deciding to take a look at the book, some of them will be using the book this fall,” he said.

McClendon said he is elated at the attention that the book is getting and hopes the momentum keeps going so Donda West can get the recognition she deserves.

“I would like to see the book recognized as a work where Donda West, the scholar, is appreciated as much as she’s appreciated as the mother of Kanye West. I had to mention Kanye at times, because it’s his mother, but this book is far beyond Kanye West,” he said.

McClendon said that thanks to Donda West’s literary and language chops, her son was destined for a life in the arts.

“She knew that Kanye was going to become a poet or some sort of creative in the literary world. When you’re the only son of Donda West, that’s what you get, all of her knowledge,” he said. “You see where Kanye got a lot of his metaphors from and his alliteration and onomatopoeia.”

Kanye West was meant to release his “Donda” album on July 24, according to an announcement he had made earlier this month. However, the album has yet to surface and no future release date has been confirmed.

McClendon said that although many remember Donda West as Kanye’s mom, she helped shape the lives of almost as many people as her son — if not more.

The Chicago State professor said there would be no Kanye without Donda West.

“We see Kanye, and we see a brilliant producer, brilliant lyricist, 21 Grammy Awards you know, but none of that happens without Donda West,” McClendon said. “She was the nurturer. She was the one that gave Kanye the intellect and the freedom to become himself.”

COLUMBIA, S.C. — Rapper Kanye West, in his first event since declaring himself a presidential candidate, ranted against historical figure Harr…