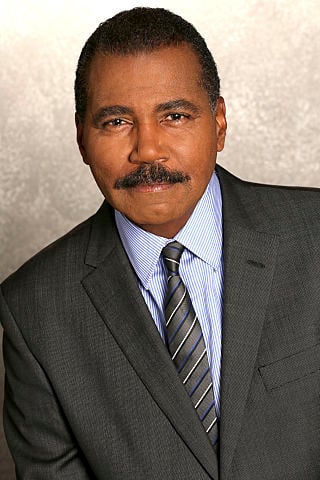 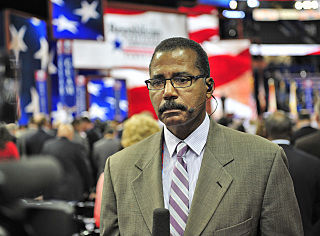 In the search to find the next “Jeopardy” show host, “60  Minutes” correspondent Bill Whitaker gave hosting one of the nation’s most popular TV shows a shot during a two week stint that concluded on Friday.

“I never ever in my life imagined that I would be the host of 'Jeopardy',” said Whitaker, veteran journalist and and Media, Pennsylvania native.

This opportunity came to Whitaker’s front door one Sunday evening.

Whitaker shared that he is a big fan of "Jeopardy" and he watches the show with his wife all the time.

“But I'm not that quick with the answers. So I was thinking, no I don't want to embarrass myself on national TV as a 'Jeopardy' contestant and he [Whitaker’s agent] said no, no, no, no, not as a contestant but as the host,” Whitaker said .

“So I asked my wife what she thought of it, and she thought it was kind of pretty cool. And then I asked my bosses at work because I said I didn't want to do anything inappropriate or cast '60 Minutes' in a bad light and they were all enthusiastic about it. I thought it would be fun, so I said yes, okay.”

Although Whitaker’s career spans over 40 years he said, “Nothing prepares you for being on the 'Jeopardy' set.”

“I will tell you the whole process. It's challenging. Being a game show host is very different from being a television news correspondent. It uses different mental muscles and requires a whole different approach. It is television but it's Hollywood. You're on a Hollywood set with lights and cameras and the iconic 'Jeopardy' boards and floor directors and makeup artists and it's a totally different animal. And there's a steep learning curve.”

“But I would say, when you come back after the first commercial break and you're talking to the contestants, that's kind of like interviewing people. Many of the old places they talk about in the questions about geography, I've been there. Many of the topics that I talked about I may have done reports on so there are things like that. But just in general, it's challenging, but I like a challenge.  But in the end, once it was all over, I was like that was a lot of fun. I'm really really glad I did it,” said Whitaker.

Outside of being a "Jeopardy" host, Whitaker has had a wonderful career. He just got back from Iceland, where he was there to see a volcano that's erupting.

“It was amazing. I’ve been doing this job for almost over 40 years and I'm still seeing new things,” he said.

“I get to cover the most important issues of the day, the vote and voter suppression, and the pandemic and the search for a vaccine. All of these things are things that I've been able to do just in the past year, the siege on the Capitol. It's like I have a front row seat in history. I get to witness the most important events of my lifetime and that's a real gift. It's a real gift that I get from journalism,” Whitaker said.

He also shared that he is not in the running to be the permanent "Jeopardy" host. “I like my day job,” said Whitaker. “Journalism just sort of fits my soul.”

Though being a TV show host may have been way far out of Whitaker’s wheelhouse, he tried his best to hold down the "Jeopardy" fort.

“I was like okay, it's "Jeopardy"  and it's the house that Alex Trebek built. It's not something to take lightly, you know. When you end up on that set, we’ve all seen it on TV, it's like you're looking in the box, then all of a sudden, I am in the box and it looks like it does on television, the lights are flashing, contestants are all there. [I say to myself] my gosh I am in this box. I'm on the set of 'Jeopardy'. And as I said, I had to pinch myself at a certain point to say look at where you are. This kid from Media, Pennsylvania is standing on the set of 'Jeopardy' in Hollywood, how in the world that this happened,” said Whitaker.