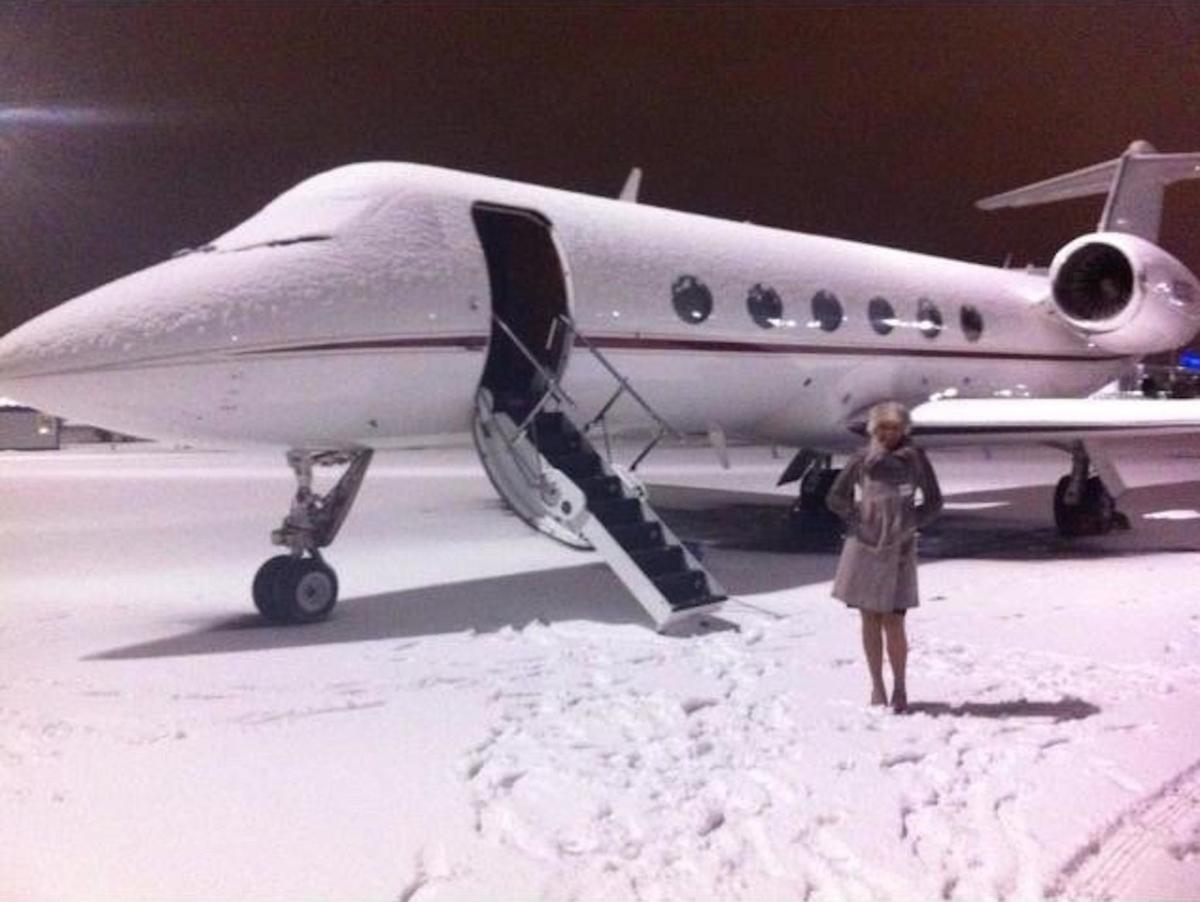 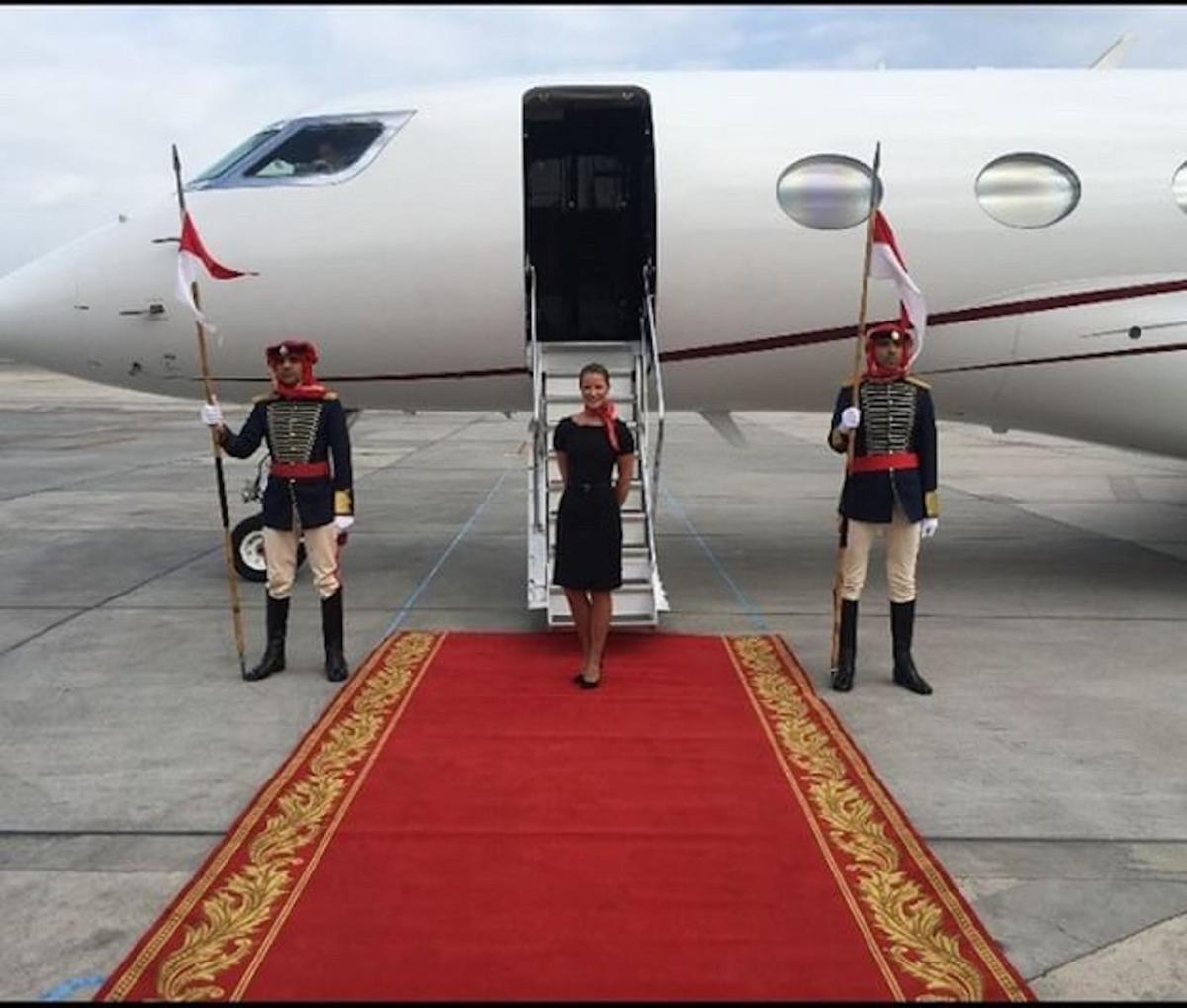 For many, the thought of catching a plane is far from luxurious: from spending countless hours lining up at security, to wrestling arm rests with other passengers as you face a crammed long-haul flight in economy.

But somewhere else in the sky on board a private jet, high fliers are having their every need attended to while they enjoy their very own cinema, bedroom and living room.

It’s a travel privilege enjoyed by a lucky few — from celebrities, royals, self-made entrepreneurs and oligarchs. But the smooth running of private jets depends, usually, on a select few. Among the most attentive are flight attendants who spend hours, often alone, tirelessly ensuring their passengers receive a premium, 5-star service.

While life as a VIP air hostess comes with the perk of traveling the world, their jobs can be demanding and stressful.

They may serve their passengers every need, but the skills required by flight attendants are much more than that of a waitress — they’re cocktail mixologists, cleaners, personal assistants, caterers and even dog sitters.

Flight attendant Kimberley Benton has been working in the industry for nine years. She says it was her love for traveling that drew her into the world, which has enabled her to embark on 14 world tours. During her lifetime, she’s traveled to more than 130 countries and traveled on 27 different types of business jets.

For her, being a VIP flight attendant is more than just delivering the best possible service to her clients, but about “creating an experience.”

“They’re expecting you to be a lot more personal,” the 32-year-old told CNN Travel. “They expect you to know exactly what they want, when they want it and it could be something as little as as soon as they get on the plane they want a shot of a Nespresso, the foot rest up and their Sunday Times (newspaper) waiting for them.”

She’s held birthday parties in the sky, after-parties for pop stars who she’s flown with for their concert tours, and even put on full banquets for her guests. It’s a job that requires her to be constantly adaptable to whatever situation she’s in.

“Pop bands, royalty, millionaires, billionaires, heiresses,” Benton lists as people she’s flown with. “I’ve (flown) a lot of people you see on TV and you can get a bit nervous, but when you fly these people you understand they’re just like everyone else.”

As for the parties, she says there’s a need to make sure they “don’t get out of control.”

“You kind of need to be on the ball a little bit — not letting them drink too much, but not spoil the fun and kind of having a balance,” Benton says.

“I’ve hosted a few parties in the sky before when I know they’re going to have guests on board and they want all the champagne and ice ready to go,” she adds. “You want to make sure they’ve got everything they want — their favorite whiskies and scotch,” she adds.

Mary Kalymnou has also worked as a flight attendant for 13 years, working for high-ranking international clientele such as royal families, heads of states, CEOs and celebrities.

She says she’s worked on a variety of jets, including the long-range Gulfstream G550 and the Embraer Legacy which allows up to 14 passengers on board.

On board she’s had guests bring exotic parrots, jewels, more than 20 bags of shopping and even guns. She says she’s also had dead bodies.

“Three times in my career I had a deceased person on board — a coffin in the cargo, made out of gold and expensive wood,” she recalls.

“They were three very well-known men, (who) obviously traveled in luxury for the last time in their lives.”

She says the job of a VIP flight attendant is demanding and one that “requires a lot of sacrifices.”

“It requires a lot of patience, flexibility, and for sure — high levels of self-esteem,” Kalymnou explains. “The clients expect the best, the operators demand the highest so you must be willing and of course be able to offer the best of yourself.”

Otherwise, she says, you could be easily replaced.

“Every girl could learn this job ... but only a few will eventually stand out. Being professional is not enough — you must be unique,” she says.

“You can easily be replaced by someone new, someone younger, someone prettier, someone smarter, someone more flexible. So since day one, I knew I had to be like a sponge in order to survive in the industry.”

Kalymnou says in order to succeed a flight attendant needs to have “premium catering skills, creative thinking, great manners as well as an elegant and hospitable attitude.”

Benton now works as a freelance flight attendant for TAG Aviation and various other operators that provide private and business aviation services.

But previously, Benton worked on board the Four Seasons’ state-of-the-art luxury private jet. The Toronto-based luxury accommodation brand leased its very own Boeing 757 to fly up to 52 guests on global tours, setting back passengers $119,000 for a 24-day nine-destination trip.

“It’s a private jet experience because the guests are on this aircraft for their full tour, it could be for four to five weeks and It’s their aircraft, there’s no one else getting on the plane,” Benton explains.

“A lot of these guests are repeat guests and sometimes they do request the same crew on their next trip,” Benton said, adding that eight attendants usually worked on board.

However unlike on the Four Seasons flights, when Benton’s operating smaller, more exclusive jets, she often works alone.

Before each flight, both Kalymnou and Benton have to organize catering for the flight — which can sometimes be challenging.

“You could have a very low maintenance owner that doesn’t want much, maybe just beans on toast and some might want a full banquet, family dinner and a five star service,” Benton says.

While Kalymnou once received a last minute order from her client who requested a shark’s fin soup on a flight out of London. The rare dish, which usually needs to be ordered 48 hours in advance, led Kalymnou to scramble.

“That was a difficult challenge as this was mainly forbidden in the UK and only certified suppliers and restaurants could actually deliver the order,” she said.

“Having great connections in the UK, I managed to get the request on board just a few minutes before the passengers arrived,” Kalymnou says. But after all the stress that she went through to get it on board, once she offered the menu to her guests they decided they wanted to carry on eating the burgers they had bought on the way to the airport instead.

“This is a typical example of our daily lives as VIP flight attendants. We strive for the best, even if it’s not needed,” she explained.