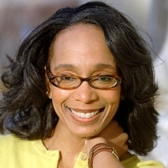 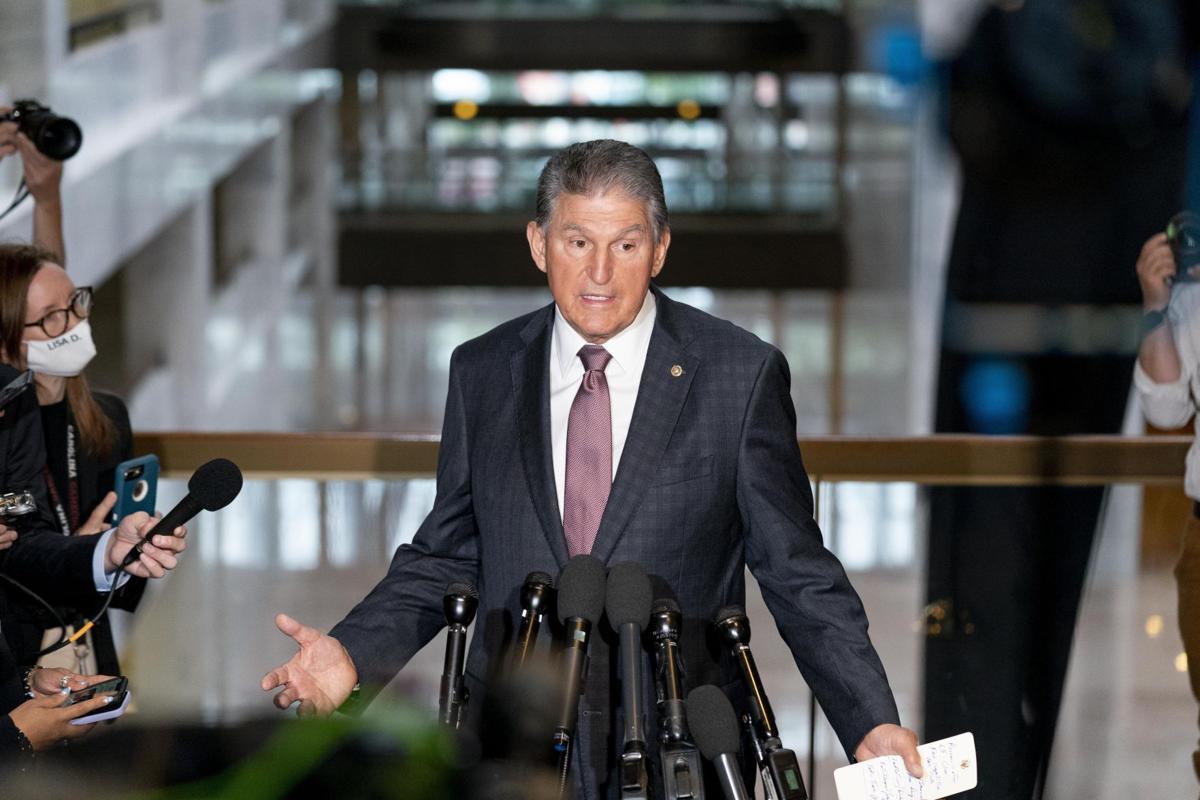 Sen. Joe Manchin, D-W.Va., speaks at a news conference outside of his office on Capitol Hill in Washington, Wednesday, Oct. 6, 2021. 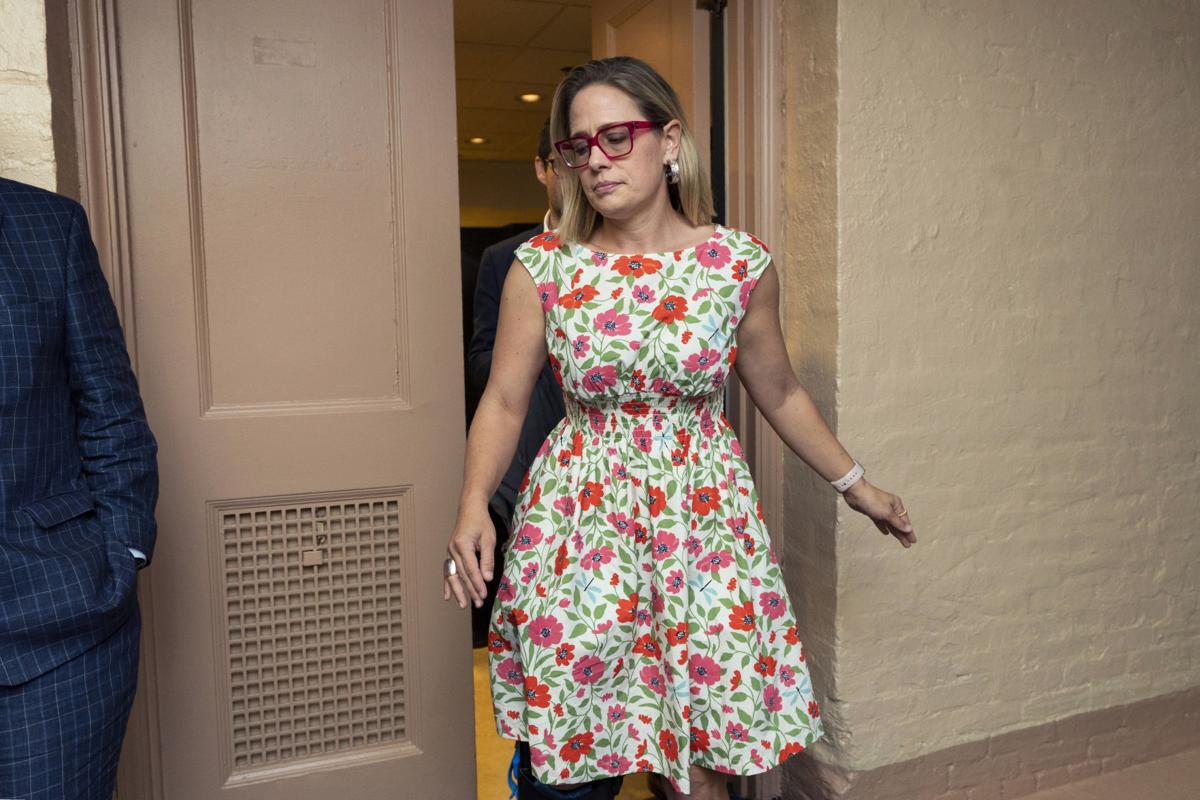 Sen. Joe Manchin, D-W.Va., speaks at a news conference outside of his office on Capitol Hill in Washington, Wednesday, Oct. 6, 2021.

He is the electoral anomaly gliding through the halls of Congress, trailed by reporters and turning up on television to talk about a path forward, all the while feigning nonchalance over the outsize clout he has over whether senior citizens on Medicare get dental coverage and whether the federal government will get behind poor kids going to preschool.

Sen. Joe Manchin III is the Democrat representing the red state of West Virginia. But he isn’t so much a blue politician as he is a gray one. These days, he is the gray grump who has told his political colleagues that he will commit to spending $1.5 trillion on President Joe Biden’s Build Back Better plan and not the $3.5 trillion that the majority of Democrats support.

The average citizen would probably find it challenging to pick Manchin out of a rogues galley of senators. He is a white man of advanced age with short gray hair who tends to wear gray suits. Even when he’s wearing a blue suit or a sports jacket, he exudes gray; he is the cold drizzle dampening the liberals’ joy. His fashion says very little about him other than he’s a man who favors dressing like most every other legislator roaming around Capitol Hill and who feels fairly confident he will attract attention simply by entering a room.

His partner in stymieing the White House’s agenda is Sen. Kyrsten Sinema. She’s the Democrat from Arizona, which is a state that Biden narrowly won. Its other senator, Mark Kelly, also happens to be a Democrat. Sinema, however, isn’t a blue politician, but rather a pink one. She is the lawmaker with an affection for vivid floral patterns, strawberry-colored dresses and fuchsia handbags.

The average citizen would have found it quite easy to pick Sinema out of a crowd in recent years. She would be the one who donned a lilac-colored wig during the height of the pandemic when hair salons were closed and social distancing had just entered the public consciousness, and she decided pastel faux locks were a way of showing solidarity with hairdresser-deprived citizens.

Like a lot of women in positions of power, Sinema has weaponized fashion. She has used it to subvert the notion that only certain garments and accessories can connote seriousness and clout and that all too often those items are rooted in the masculine vernacular. There are a lot of ways to define authority. There’s a reason it cannot be represented in shades of pink or in poppy prints and not just in varying hues of gray or in Glen plaids and pinstripes.

House Speaker Nancy Pelosi, D-Calif., has made this plain. When she reclaimed the gavel in 2019, she wore a bright pink dress that resonated like a proud declaration of female rule. She was joined by other women who used their attire to speak boldly about their history and how they defined themselves on the public stage. At the start of the 116th Congress, women wore garb that referenced their ethnic identity or their cultural background. There were kente cloth stoles, bright red lipstick and hoop earrings, turquoise jewelry, a hijab. Sinema took her oath in a form-fitting, floral pencil skirt, pumps with little floral pompoms at the toe and a pale-gray fur shrug.

At the time, it seemed that Sinema would use her attire to help broaden our understanding of power and who wields it — that she would force thoughtful questions about how society views women and femininity. Why is girlishness so often talked about as a sign of immaturity and naivete and boyishness as a measure of vigor and enthusiasm? It’s a point that Sinema’s attire — with its lace and ruffles — is capable of raising with eloquence and humor.

But Sinema’s aesthetic choices confound. She wears a schoolgirl skirt to a floor vote on an increase of the minimum wage and delivers her nay with a thumbs down ... and a blithe curtsy in the face of the working poor. Her fashion stands out in the crowd because it’s so different from everything that surrounds it. It’s impossible not to take notice. Her attire is garrulous. But it doesn’t say much beyond: Look.

For some people, for those whose voices are ignored, simply declaring one’s presence in the world is a monumental feat. It can mean the difference between claiming one’s dignity and succumbing to shame. For the poor or disenfranchised, being seen is existing.

But Sinema has power. Indeed, in this moment, she has more than her share for a first-term senator representing a state with a population just over 7 million. But when all eyes turn to her, what does she do to broaden the conversation? What enlightenment does she bring to the conversation about the kind of country this should be? No one wants to negotiate in public, but the public wants to know ... something. And Sinema has told them virtually nothing. She has made everyone stop and look. Everyone waits expectantly. And she doesn’t have much to say.

Sinema has lamented the intrusiveness of immigration activists who interrupted her class at Arizona State University. They followed her into a restroom while chanting, “Build back better!” They assembled outside a private event she attended at a resort in Phoenix. The group taped the encounters and posted them to social media and argued they had no other choice because Sinema had made herself inaccessible. She declared the behavior inappropriate and said she had, in fact, met with them.

The activists aimed to speak their truth to a powerful senator. To shout through the bureaucracy and the closed-door meetings. To cut through the murky gray. They wanted to let Sinema know that sometimes being seen is simply not enough.

Robin Givhan is senior critic-at-large writing about politics, race and the arts at The Washington Post.