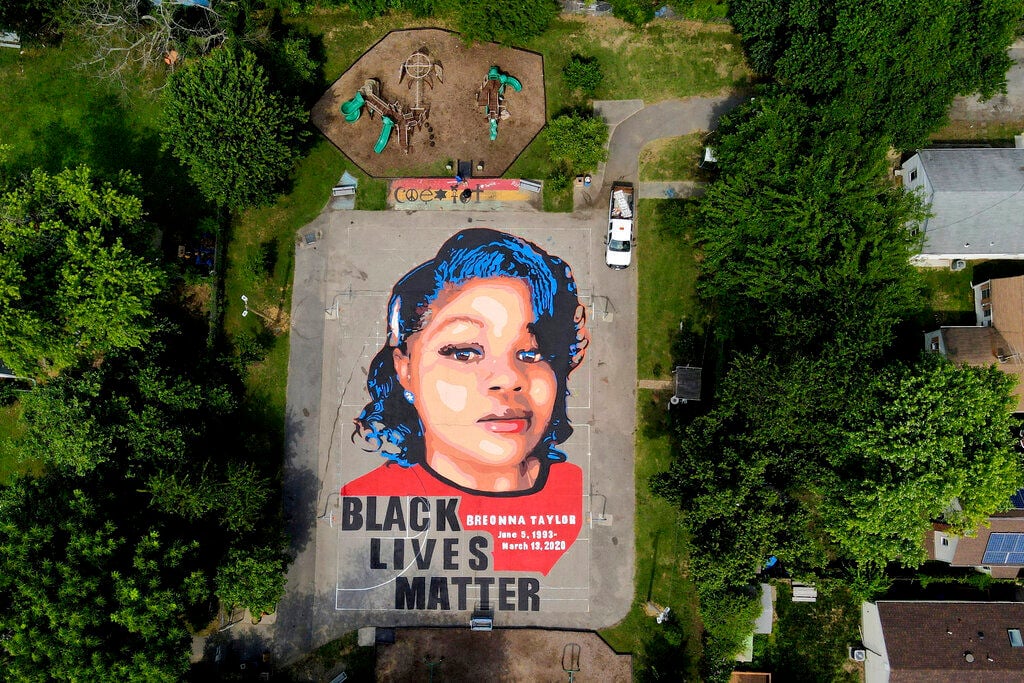 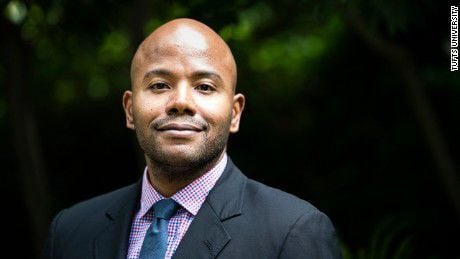 One year after George Floyd’s murder, America finds itself at an existential crossroads: this nation can create a multiracial democracy that guarantees Black citizenship and dignity — or sustain the status quo of racial oppression undergirded by white supremacy.

For a brief moment, dramatic — even revolutionary — change seemed not just possible, but inevitable. Black Lives Matter activists created an indelible image of a beloved community whose reach could surpass the political achievements of the civil rights movement. When 15,000 turned out in Brooklyn for a BLM march in support of Black Trans Lives, you could feel history’s pulsating throb in real time. Black women, many of them queer and feminist, led many of these efforts. They were joined by Latinx, indigenous, Asian American and Pacific Islander and white communities who found moral and political renewal in acknowledging Black lives mattered as much as their own.

Breonna Taylor, a Black woman killed by Louisville police while sleeping in her bed, posthumously graced the cover of Vanity Fair in a kind of historic recognition of the value of Black women so often denied them (even in national conversations about Black death). The potential for democratic transformation seemed immense.

That possibility, in much of the year since, has at best progressed into a raised national consciousness about the realities of systemic racism and, at worst, devolved into a politicized shouting match over whether America is or is not a racist country, a searing battle about to whom our history belongs. But that summer of protest, that collective national breath we took, still matters because the structures of violence that brought it to the fore remain with us.

In death George Floyd did more than join a litany of Black martyrs such as Emmett Till, killed at the altar of white supremacy. Viral images of Floyd’s anguished last breaths and the sound of his calls for his momma forced Americans to confront some hard truths about our past. 2020’s summer of racial justice protests also served as a global touchstone that offered lessons about the way in which concepts of police brutality, racial disparities connected to the pandemic, public school segregation and white privilege were all rooted in America’s original sin of chattel slavery.

In the year since Floyd’s killing, this galvanized movement for racial justice has brought us to a Dickensian moral fork in the road. Propelled by the tragedy of Floyd’s death, for an exhilaratingly brief moment last summer, it seemed that Americans were beginning to embrace collectively a concept of anti-racism, seeking to understand how America’s original sin of racial slavery continues to shape our politically divisive present.

Suddenly Black history mattered in ways that were vital to our national interest. Business, civic and corporate leaders scrambled to organize webinars that might explain the protests to their employees and leadership teams. The “1619 Project,” a Pulitzer Prize-winning multimedia investigation of slavery’s panoramic tentacles in American life over four centuries, took on new political and democratic significance.

In this sense, for a brief moment, George Floyd and the protests sparked by his death utterly transformed the partisan and spiritual dimensions of American politics. The field of Democratic Party politics transformed. Black voters flexed their power, helping to elect a groundbreaking vice president in Kamala Harris and remaking the Senate with the election of Georgia senators Raphael Warnock and Jon Ossoff.

The visible strength of Black voters changed the trajectory of the Republican Party too. The GOP’s fealty to Trump’s “Big Lie” about election fraud can be traced back to growing unease regarding the ability of BLM protests to organize and activate a broad multiracial and multigenerational coalition of voters — let’s call them the George Floyd and Breonna Taylor generation — to not only defeat the president but to permanently reshape American politics.

George Floyd’s death helped to accelerate the evolution of America’s Third Reconstruction. And just like the backlash faced after racial slavery and the challenges endured during the Second Reconstruction (the modern civil rights era) and the first (in the years following the Civil War when Black people got elected to office and started to legislate their own post-slavery new deal before being disenfranchised by Jim Crow), we face continuous assaults on Black voting rights, resistance to telling the truth about American history and political roadblocks to efforts to achieve reparations for the wealth that has been plundered from the African American community.

Some of the most hopeful aspects of the year since Floyd’s murder are visible in the growing realization of tens of millions of Americans of their own personal and political power. The Biden administration’s focus on racial equity in the passing of the pandemic relief bill, the organization of the Justice Department, executive orders and public pronouncements following the guilty verdict in the Derek Chauvin trial all reflect the power of Black grassroots insurgency in the wake of Floyd’s death. President Joe Biden’s willingness to address racism from the national bully pulpit offers an important exemplar of how our nation might take the lead in centering racial justice in domestic and foreign policy.

Democracy remains imperiled so long as Black lives in America are — as they remain today — marginalized, segregated and subject to mass incarceration and premature death. The Republican party has unleashed more than 360 voter suppression bills designed to thwart Black votes and suffocate democracy in favor of “redeeming” states that voted Democratic in a manner that echoes the Black Codes of yesteryear. The GOP’s efforts to cancel a commission to investigate the white supremacist riot at the capitol on Jan. 6 of this year reflect an organized effort to hide from our present historical and political realities. So much of our national political divide is based upon an inability to squarely confront the ugly parts of American history.

Witness the desperately partisan efforts to suppress the nation’s complex racial history by banning the teaching of “critical race theory,” not teaching accurate history in states such as Texas, and denying a Pulitzer Prize-winning journalist tenure in the state of North Carolina.

America last faced such a moral crossroads in 1968, in the aftermath of Martin Luther King Jr.’s assassination and the widespread urban rebellions that followed. The choice then was between achieving King’s dream to complete Reconstruction’s unfinished business and the “law and order” rhetoric of Richard Nixon, a call to our nation’s worst racial impulses that anticipated Trump’s Big Lie. We know how that ended: Mass incarceration, racial segregation and the politics of backlash won the day.

One year after the summer of racial and political reckoning we seem intent on following the same wrong path as previous generations. But if the response to George Floyd’s murder illustrated anything, it is that another world is possible.

We can pass a John R. Lewis Voting Rights Act that honors the legacy of the civil rights generations while ensuring fair ballot access to subsequent ones. Honoring George Floyd’s legacy continues with grassroots efforts to reimagine public safety by investing in non-lethal responders to housing insecurity, mental health challenges and traffic stops. The George Floyd Justice in Policing Act is a major federal effort on this behalf, but the work continues until no Black person is unjustly killed by law enforcement.

The political fate of these measures remains uncertain. And yet, America is less of a fixed destination than a constantly evolving ideal, remade by successive generations, most of whom seek love more than perfection. The George Floyd and Breonna Taylor Generation that massed on the streets of America and around the world last year modeled the path we can all still choose to take to move forward, by bearing witness to both the presence of injustice and our collective power to shape a new world.

Peniel E. Joseph is the Barbara Jordan Chair in ethics and political values and the founding director of the Center for the Study of Race and Democracy at the LBJ School of Public Affairs at the University of Texas at Austin, where he is also a professor of history. He is the author of several books, most recently, “The Sword and the Shield: The Revolutionary Lives of Malcolm X and Martin Luther King Jr.”