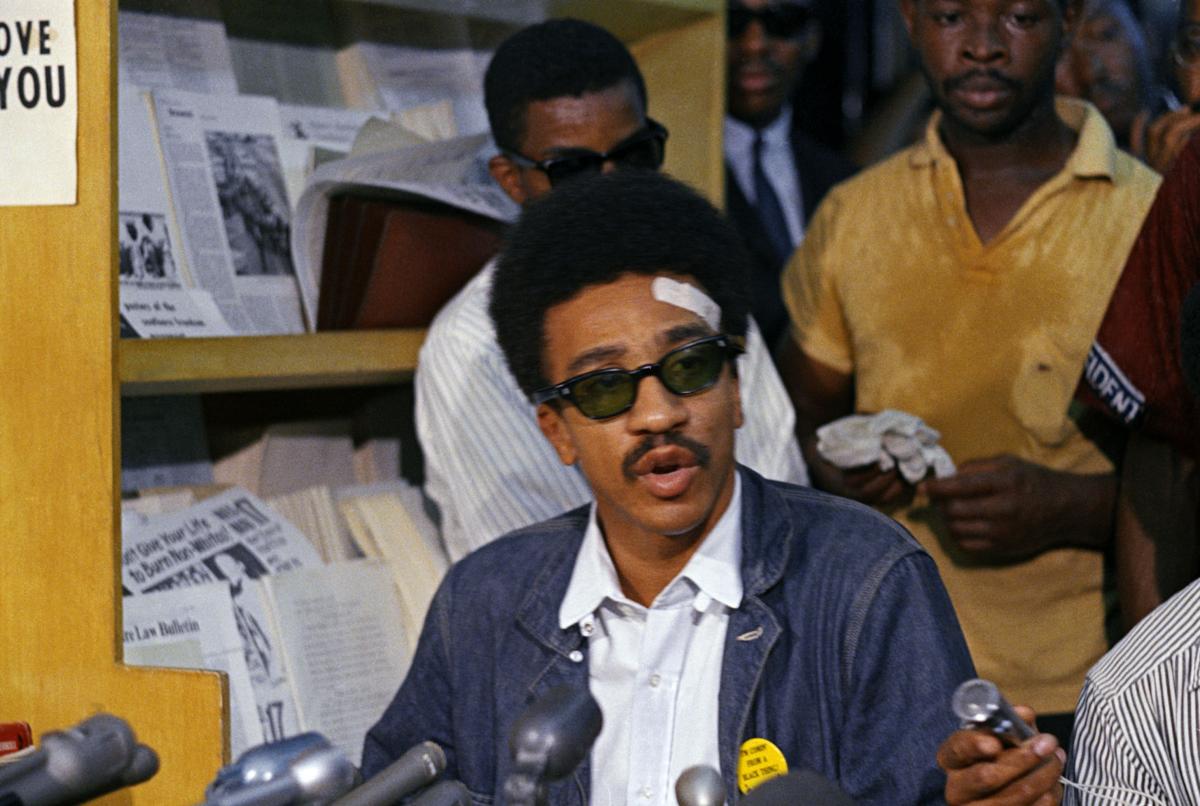 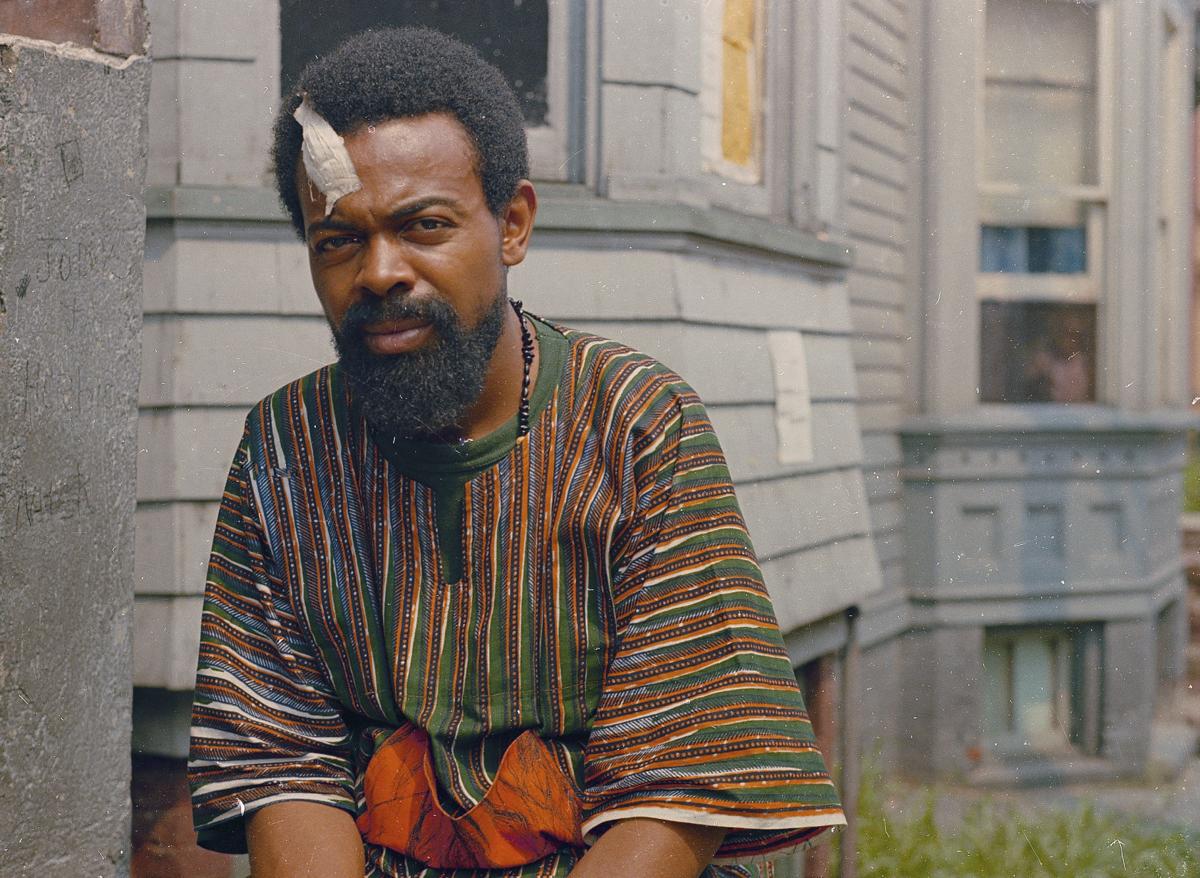 Black folks can unite without wearing the same uniform. For example, in the Pro Bowl, all-star players from the American Football Conference (AFC) compete against all-star players from the National Football Conference (NFC). And although the AFC wears red uniforms and the NFC wears blue, each player wears the helmet of the team he was selected from. In other words, the Eagle all-star wears his Philly helmet and the Cowboy all-star wears his Dallas helmet. Even though those two teams hate each other, they realize they’re both from the NFC so they put their differences aside and unite to defeat the AFC.

That’s what divides us.

But what unites us is stronger and deeper. What unites us is our Blackness, our “African-ness,” our ancestors’ enslavement, our elders’ second-class citizenship status, and our ongoing oppression. As Brother Malcolm said, “Whether you are a Christian or a Muslim ... we all have the same problem. They don’t hang you because you’re a Baptist; they hang you ‘cause you’re Black. They don’t attack me because I’m a Muslim. They attack me ‘cause I’m Black. They attacked us all for the same reason. All of us catch hell from the same enemy. We’re all in the same bag, in the same boat.”

And because we’re Black and because we’re catching hell and because we have the same enemy, we must proudly wear our metaphorical Black helmets just like our proud ancestors and elders did exactly 54 years ago for four days beginning July 20, 1967, in Newark, N.J.

What they did was organize the historic Black Power Conference. And the “they” consisted of a “who’s who” in Black liberation activism. As meticulously documented in a thorough essay at riseupnewark.com that covers the entire conference, the powerhouse list included such pro-Black luminaries as conference chairman, scholarly minister and prolific author Rev. Dr. Nathan Wright Jr., Amiri Baraka (then known as Leroi Jones), Jalil Al-Amin (then known as H. Rap Brown) of SNCC, Dr. Maulana Karenga (then known as Ron Karenga), Floyd McKissick of CORE, Charles 27X Kenyatta of the Harlem Mau Maus and Jesse Jackson, along with representatives of Malcolm X’s Organization of Afro-American Unity, the NAACP and the Urban League.

It must be noted that Baraka and Al-Amin both attended the conference wearing a large bandage over their forehead after having been viciously brutalized by cops and then falsely arrested in separate incidents.

As reported in the New York Times on Feb. 24, 2005, following his death two days earlier, 81-year-old Rev. Wright’s “greatest fame came in 1967, when he was chairman of the National Conference on Black Power in Newark [that was] held in the wake of race ‘riots’ there. ... [The conference] showed a change in the civil rights movement’s tactics, toward demanding group rights rather than individual rights. ... The conference called for the creation of Black national holidays, Black universities and a ‘Buy Black’ effort. It [even] advocated ‘looking into the possibility’ of dividing the United States into two countries, one Black and one white.”

Wright considered integration to be “an insult on its face” because the premise of integration is that a white-dominated economic and social system is inherently better than a Black-dominated economic and social system. And he was right. If you disagree, you obviously know absolutely nothing about the history of Black Wall Street in the Greenwood section in Tulsa, Oklahoma, from around 1916-1921, of Rosewood, Florida, from around 1900-1923, of the Sweet Auburn District where “The Richest Negro Street in the World” was located in Atlanta from 1906 to the mid-1970s, of the LeDroit Park District in Washington, D.C., from the mid-1890s to the late 1960s, of the Tenth Street District also known as “Freedman’s Town” in Dallas from around 1865 until the 1960s, of Jackson Ward, also known as “The Harlem of the South” and “The Birthplace of Black Entrepreneurship” in Richmond, Virginia, from around 1865 to the 1960s, of “The Black Mecca” in Harlem in New York City in the 1920s, and of hundreds of other financially autonomous Black communities throughout the United States.

Each of them, and I mean every single one of them, had a thriving — actually booming — self-sustained Black economy that was either killed by murderous whites committing wholesale slaughter of Black residents or killed by liberal white so-called allies who paternalistically imposed demeaning integration (which is exactly what happened, for example, to Negro Leagues Baseball and its many supportive Black businesses).

I should mention that, although the New York Times got most of the story right, its word choice was wrong regarding “riot.” It was not a riot. A riot is a violent public disturbance by a mob without cause. That wasn’t the case in Newark from July 12-17, 1967, when decades of justified anti-racist, pro-Black rage necessarily and finally erupted after white cops on the evening of July 12 had brutally and sadistically beaten a defenseless Black jazz trumpeter who was working as a hack cabbie to make ends meet.

Another leading voice of the National Conference on Black Power was Baraka. As a member of the conference’s planning committee, Baraka insisted on holding the conference despite many public calls to reschedule it in light of the Newark rebellion, which had occurred just a few days before July 20.

During a videotaped interview, he said, “The first Black Power Conference in ‘66 was small, down in Washington, the one that [Rev. Adam Clayton Powell] initiated. But the one in ‘67 was the first one that was huge. It was all downtown. Every stripe of Black opinion was there. That was a tremendous kind of release. After that rebellion ... in Newark, that was the greatest thing that could’ve happened, you see, because then it made the people understand that what had gone down just a few days ago was not just a riot. ... It was a rebellion ... It was an absolute expression of the will for self-determination. And what the Black Power Conference did was give it an articulation ... give it a rationale. ... The Black Panthers [and many, many others] spoke. The whole of the movement was in Newark. ... We [highlighted rampant and systemic murderous police brutality and also] raised Malcolm’s question of going to the U.N. about the non-self-governing status of the Afro-American people in the United States.”

According to a report published by the UCLA Social Sciences Department, the Black Power movement expanded when young Black activists grew weary of the limitless patience of turn-the-other-cheek civil rights leaders like Rev. Martin Luther King Jr. Such warranted impatience culminated in this 1967 National Conference on Black Power, which was the “first formal large-scale gathering” of its kind, “consisting of more than 1,000 delegates representing 286 organizations and institutions from 126 cities in 26 states, in addition to the countries of Bermuda and Nigeria, that solidified a message for the movement.”

Of the more than 80 pro-Black/revolutionary cultural and political as well as economic resolutions (e.g., reparations and “bond-supported, Black-controlled financial institutions such as loan houses and banks”) that were put forth and debated, many were adopted “in spirit.” But only one received official approval. And that was the Black Power Manifesto that condemned “neo-colonialist” control of Black populations worldwide and pushed for a “philosophy of Blackness” as the foundation for all activist initiatives.

A follow-up National Conference on Black Power was held in 1968 and again in 1969. And they laid the foundation for similar revolutionary pro-Black conferences including, but certainly not limited to, those held by the Republic of New Africa in Detroit in 1969 and the National Black Political Convention in Gary, Indiana, in 1972. By the way, it was this National Black Political Convention — which consisted of more than 8,000 attendees, including Betty Shabazz and Coretta Scott King — that pushed for, among other things, a “national health insurance system, the abolition of the death penalty, the election of a proportionate number of Blacks to Congress … and the creation of a Palestinian homeland.”

As we celebrate from July 20-23 the 54th anniversary of the 1967 National Conference on Black Power, we must remember the “unity without uniformity” mantra by remembering the conference’s agenda, which declared the following:

“The Black Agenda assumes that no truly basic change for our benefit takes place … unless we Black people organize to initiate that change. It assumes that we must have some essential agreement on overall goals, ‘even though we may differ on many specific strategies.’”

Amen. Ameen. Shalom. Whatever. Just be Black first and foremost.