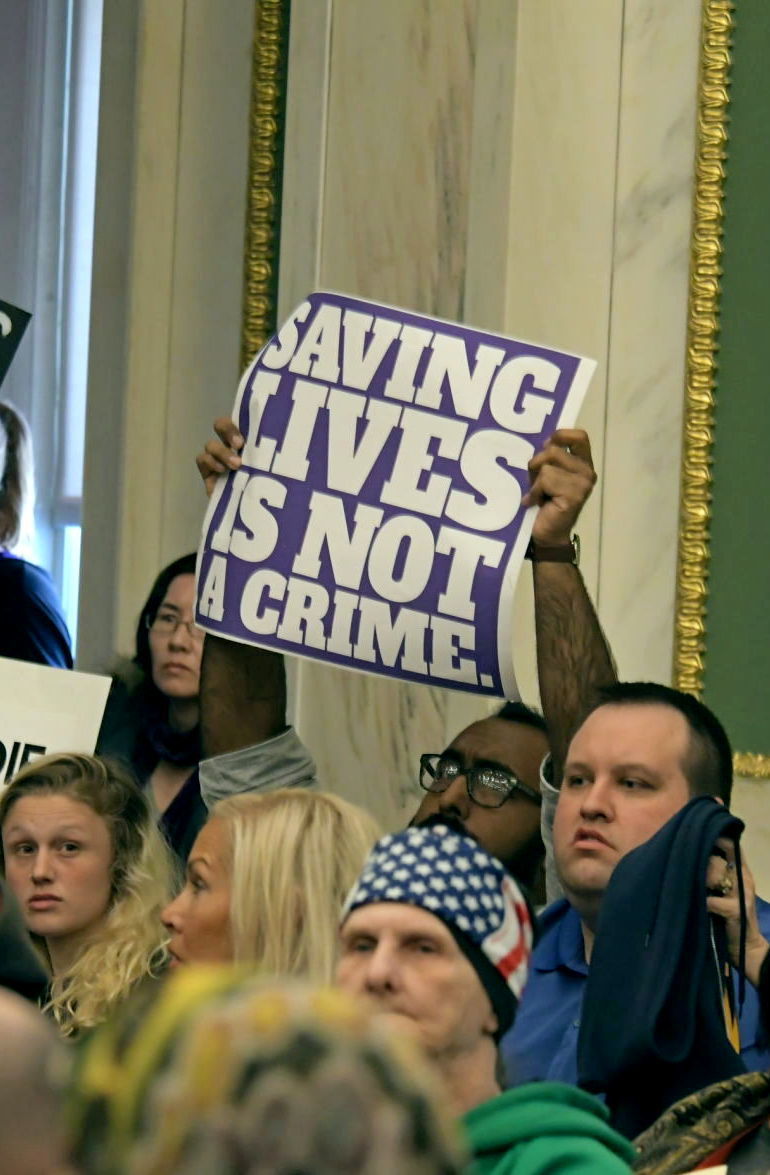 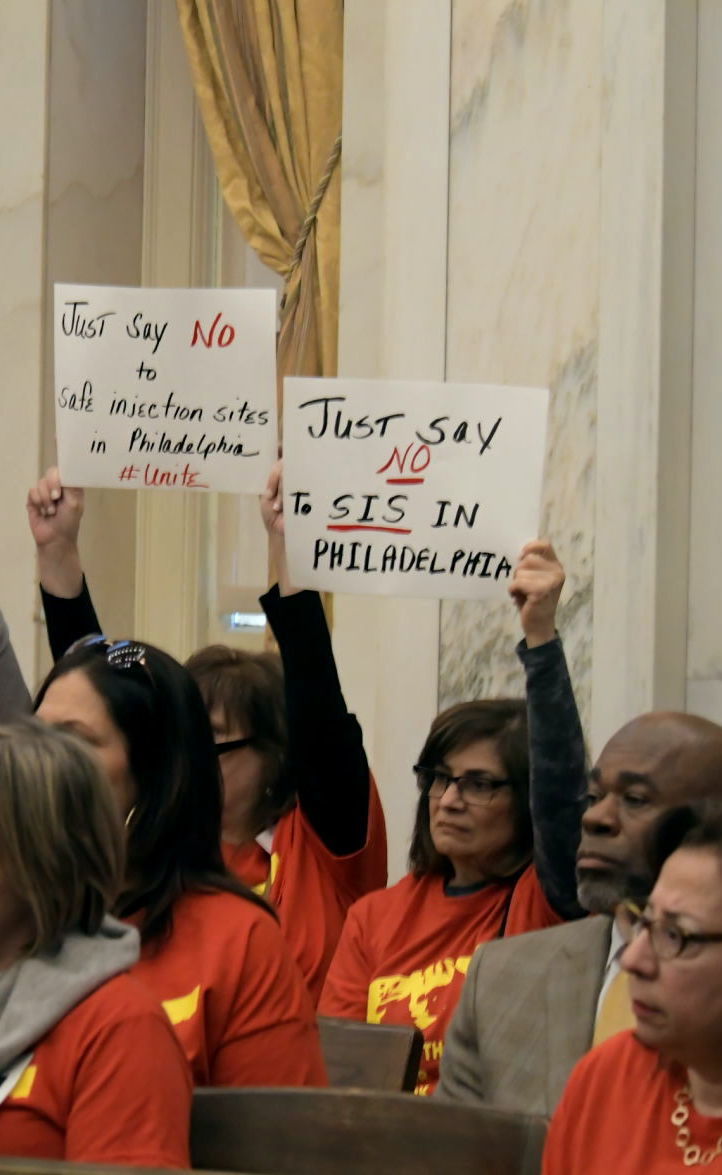 You know that you have reached the fork in the road when you arrive upon an issue so incendiary that justifications for both its support and its opposition are logical and abundant.

This is where we find ourselves in Philadelphia — the city The New York Times called the home of “the nation’s largest open-air narcotics market for heroin on the East Coast” — as we wrestle for reasons to back or back away from supervised injection sites: places where addicts can shoot up under medical supervision. The plan for one such site — what would be the nation’s first — is currently in limbo.

So profound is our problem with heroin, fentanyl and other opioids that arguments for supervised injection sites can also be used against them.

Take a walk east down Allegheny Avenue, in broad daylight, and head toward Kensington Avenue. As you get closer to Kensington Avenue, you’ll pass the “leaners,” their eyes closed, many of them — overwhelmingly white — bouncing at the knee.

Unless your soul has been gutted, you’ll feel a sense of hopelessness, not just for the addicted but for the very society that has allowed these conditions to grow and fester in the very shadow of City Hall, less than 3 miles to the south.

You’ll understand clearly why supervised injection sites are on the table.

However, during that same walk, you’ll notice the hundreds of discarded, orange syringe caps that tend to cluster at manholes and storm water drainage grates and the children frolicking nearby. You’ll likely see or smell the human feces that has made hepatitis an overlooked-but-real problem in the Kensington neighborhood.

The natural reaction of any reasonable person to this hell on earth would be to condemn the placement of what some are calling supervised “drug dens” within 10 miles of living people — which, of course, would defeat the purpose altogether.

Both are plausible reactions to a crisis that continues to kick our collective asses.

What isn’t reasonable, however, is the soulless stance taken by some, many of them hoisted up as faith leaders, that supervised injections sites — which I support — should not be established because there were no such havens for victims of the the crack epidemic, which overwhelmingly decimated African-American families.

That is, unless, your faith is one where an eye for an eye is fair. Or if vengeance is the lord’s but only when it works to satisfy your lust for payback. Do you just know that it is an immoral and amoral false equivalent that has no place in the problem-solving matrix, particularly from those claiming the righteous high ground.

This is no argument against the incontrovertibility that white America has consciously agreed to treat opioid addiction as a health issue only because it, unlike the crack epidemic of the 1980s and ‘90s, is the proverbial chickens coming home to roost.

And it’s accepted everywhere that the over-incarceration of African Americans was a result of the crack epidemic was wickedly racist.

But to let your desire to achieve equality by way of an eye for an eye perpetuates the racial fault line people like the Rev. Martin Luther King Jr. and Malcolm X strove to eradicate, and it speaks to — pick one — either ignorance, self hate, or a failure to practice what you preach.

How can you spend evenings sitting in churches and mosques listening to pastors and politicians talk about gun violence — those conversations valuable in and of themselves — yet have no discussion about opioids snuffing out Black lives in this city at a rate not far behind guns?

The larger question becomes, how long is our society going to allow racial hurdles — which Blacks and whites are both guilty of erecting — serve as impediments to progress?

When King was awarded the Noble Prize in 1964 for his efforts to achieve civil rights for African Americans, he wasn’t looking to avenge the baton beatings by racist white police officers who unleashed German shepherds and fire hoses on innocent men, women and children. He was trying to push America through a crisis we are still attempting to move through, albeit at a snail’s pace.

“I refuse to accept the view that mankind is so tragically bound to the starless midnight of racism and war that the bright daybreak of peace and brotherhood can never become a reality,” said King, who often referred to racists as his “sick white brothers,” when he received the Nobel.

His words are as right today as they were more than a half century ago, and they are applicable in every situation, including this opioid crisis.

The opinions expressed in this column are those of the writer and do not represent the opinions of The Philadelphia Tribune.

Mitchell: Black men have fewer than six degrees of separation between us and a victim of gun violence

The theory of six degrees of separation contends that, because we are all linked by chains of acquaintance, you are just six introductions awa…

Imagine being surrounded 24 hours a day by uber-violent hood rats whom you know will remorselessly kill you, a family member or a loved one fo…

Mitchell: Limbaugh deserves your thoughts and prayers. Medal of Freedom? Not so much

There is a reason why Henry Ford’s grandson, Henry Ford II, was honored with the Presidential Medal of Freedom and not the grandfather, a geni…

Mitchell: Kobe's work is over; ours is just beginning

If you are like most, you can follow the protocols — primitive as they may be — for dealing with coronavirus: Wash your hands frequently, avoi…

Mitchell: Coronavirus provides an opportunity to fix what 9/11 did not

If you spent any time in front of a television set, the greatest brainwasher of the 21st Century before the explosion of social media, followi…