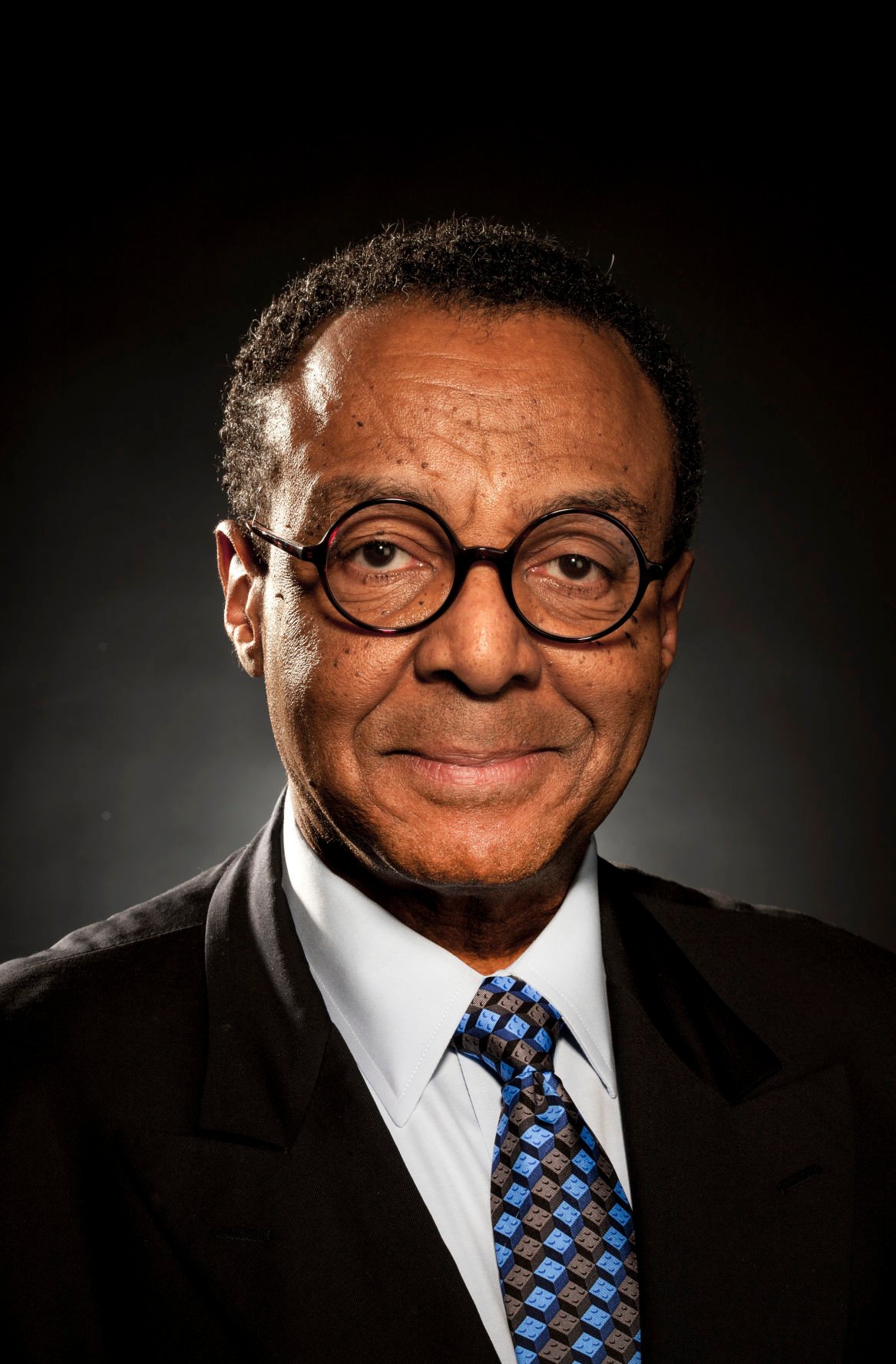 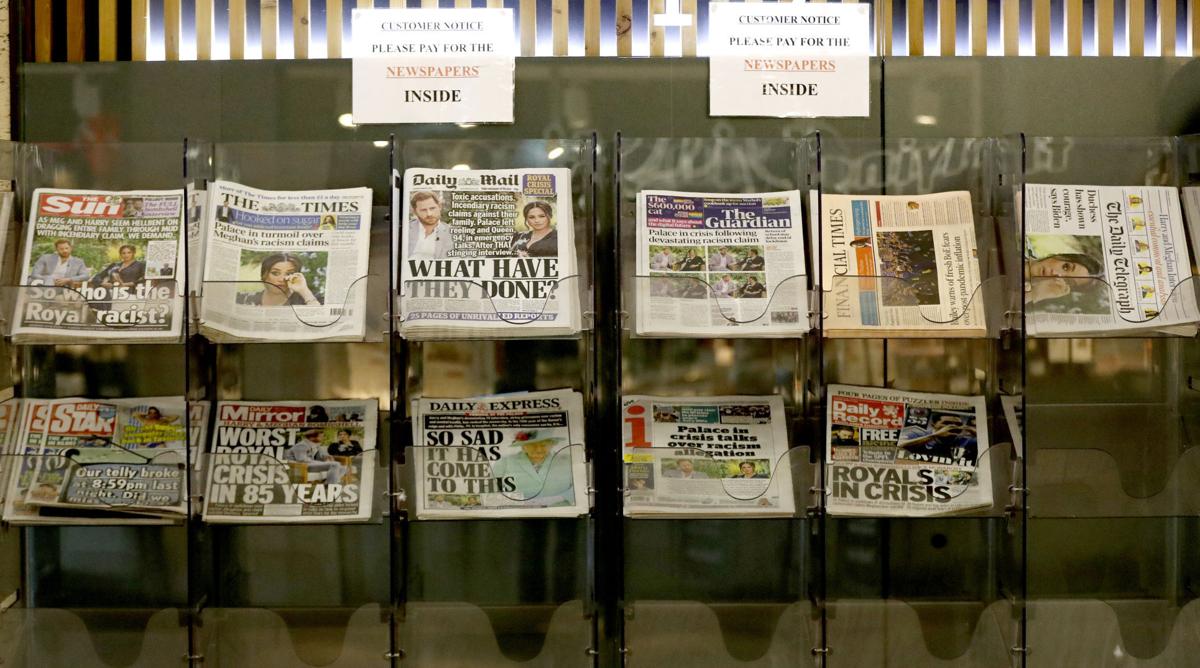 Was “Take down the British monarchy” on Oprah’s to-do list?

No, it only looked that way when Prince Harry and his wife, Meghan Markle — the Duke and Duchess of Sussex — sat down with Oprah Winfrey, our America-born but world-embracing Queen of Television.

I watched the spectacle with only mild interest, at first, as I contemplated the question of why the heck so many of us Yanks still care so much about the triumphs and travails of our royal British cousins like a long-running soap opera.

Yes, they are fun to watch, especially when our taxes — on tea or otherwise — don’t have to help pay for them anymore.

And now they’re even more interesting to watch as they deal with their first royal family member of color since, perhaps, Queen Charlotte, now famously a key character in the hit series “Bridgerton.”

Then I was jerked alert in my viewing by what author-journalist Tina Brown, longtime royals watcher, would describe as “a hand grenade thrown into the heart of the institution.”

She’s talking about an institution better known as the royal family or “the firm” as Harry and Meghan, among other insiders, call it.

Among other revelations, Markle, who is biracial, said she felt she had been silenced and not protected by the British monarchy. When she was pregnant, she and Harry said, there were “concerns and conversations” among the royal family about how dark their son’s skin tone would be.

This bundle of volatile questions about race brought up in the interview sharply contrast with the joyful, hope-filled images that poured out of Harry and Meghan’s wedding.

That joy didn’t last long, as Britain’s notoriously aggressive tabloid press pounced on Meghan like a bulldog on a lamb chop. At the end of the week before the TV interview, Meghan’s approval rating was lower even than that of Camilla Bowles, who long has been known as the least popular royal.

The public first learned about Camilla, now Prince Charles’ wife, when she was revealed to be his mistress while he was married to Princess Diana. Her excoriation in the tabloid press is offered as evidence that Meghan certainly is hardly the first to be ripped by British media.

Interestingly, after the two-hour Oprah interview aired Sunday on CBS, a YouGov Direct poll found that 44% of Americans thought it was appropriate for the couple to take part in the interview, compared with 47% of Britons who called it inappropriate.

The royals also appear to have been missing the chance to reach out to people of color, who comprise a majority of the populations that remain in the British Commonwealth, as well as young people who will decide the kingdom’s future.

That may change now. You could see glimpses of that change in the relationship Harry and Meghan already have with Winfrey. She is one of the few media figures on the planet who has enough public clout to help turn around the storm of negative headlines that have plagued Meghan and — as she disclosed in the interview — driven her to thoughts of suicide.

By Tuesday, the queen appeared to have gotten the message. Buckingham Palace broke its silence, saying the issues raised would be taken “seriously” and dealt with “privately” by the royal family.

“The whole family is saddened to learn the full extent of how challenging the last few years have been for Harry and Meghan,” the queen said in a brief statement. “The issues raised, particularly that of race, are concerning. While some recollections may vary, they are taken very seriously and will be addressed by the family privately.

“Harry, Meghan and Archie will always be much loved family members.”

Good. We need to hear more statements like that. None of us can afford to fall behind in a changing world. Today’s royal family, like those in the past, can’t afford to forget, not only the vastness of their commonwealth’s geography but also the vastness of its diversity.

Significantly, I notice, where did the young royals go when they needed to make a hasty move from Canada after what the tabloids called their “Meg-xit” from the United Kingdom and Canada? They moved by invitation into a Los Angeles mansion owned by Tyler Perry, the African American filmmaker and film star.

It was not lost on many African Americans on social media and elsewhere that we now live in an age in which a biracial couple of members of the royal family can be housed by a Black American. That’s progress.

At the same time, the royal family itself is caught in the sort of dilemma that Harry said made him feel “trapped” by the lack of support he and Meghan had received. I am surprised, like many others, to see his grandparents and “the firm” behaving much like the depictions we have seen in “The Crown” and “The Queen.”

In those narratives, the queen appears to be too bound by tradition to fathom the popularity Diana had generated until after she died in a 1996 car crash.

Both of those depictions show a vulnerability in the royal family to public perceptions that we don’t often think about on this side of the Big Pond.

No, Oprah wasn’t trying to take down the monarchy. But none of us can afford to fall behind in a changing world.

Clarence Page, a member of the Chicago Tribune Editorial Board, blogs at www.chicagotribune.com/pagespage.

It was refreshing to hear how Harry is trying to protect his family. His father left Diana out there to fend for herself. Sad. Thank Tyler for a port in the storm!