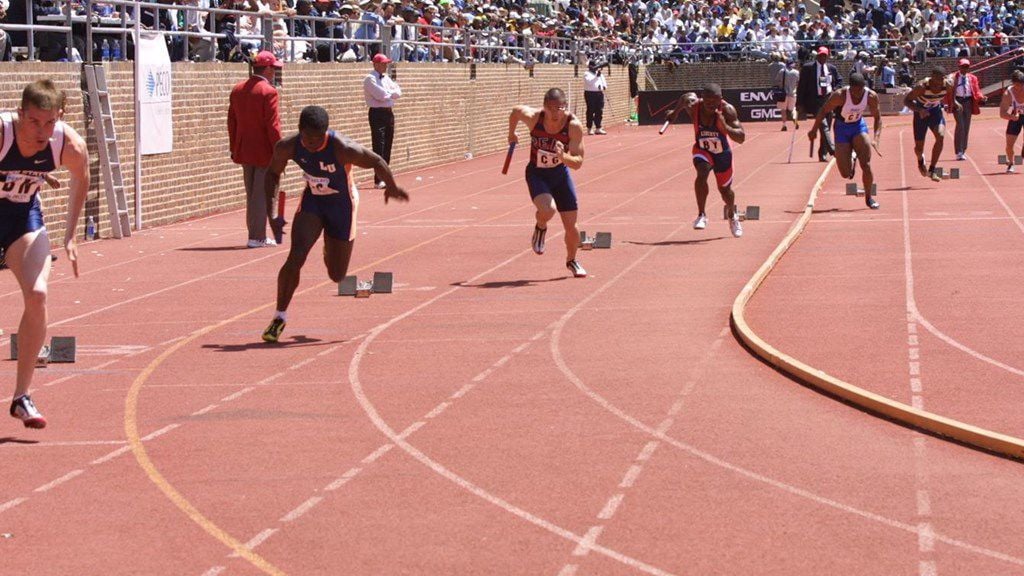 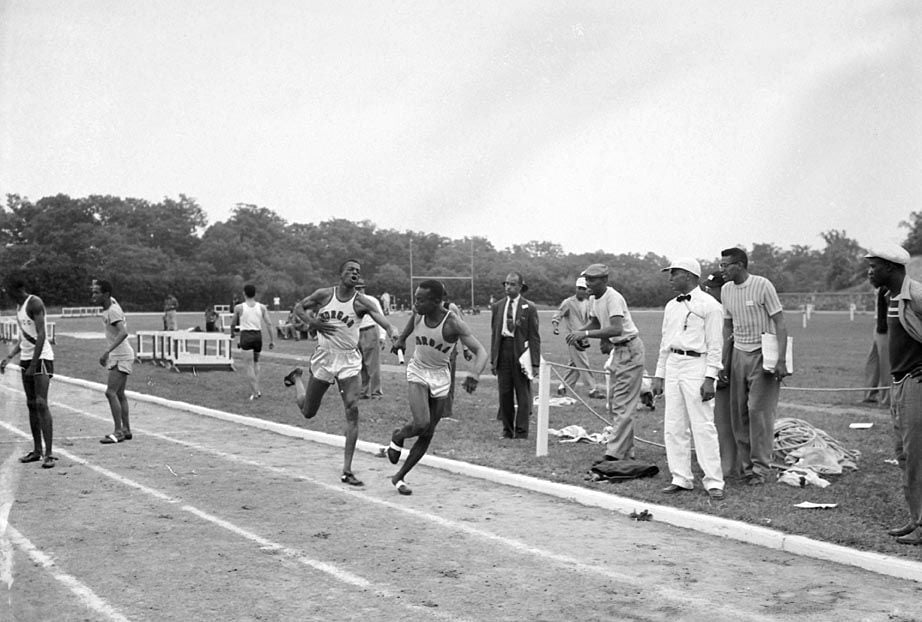 University of Pennsylvania was scheduled to hold the 2020 Penn Relays April 23-25, but was canceled due to the coronavirus public health threat. The Relays, which has been contested uninterrupted since 1895, celebrated its 125th consecutive running last year. In its place, Penn says it will try to host a substitute track meet at a later date. —Tribune file photo

University of Pennsylvania was scheduled to hold the 2020 Penn Relays April 23-25, but was canceled due to the coronavirus public health threat. The Relays, which has been contested uninterrupted since 1895, celebrated its 125th consecutive running last year. In its place, Penn says it will try to host a substitute track meet at a later date. —Tribune file photo

Last Saturday’s weather was outstanding. When I telephoned one of my good friends, his wife answered and told me that she had just returned from a relaxing leisurely walk. She encouraged me to do the same during the perfect weather.

As I went outdoors and took a breath of the spring-like air, my mind drifted to an activity that I would have been engaged in on this day but for this coronavirus pandemic. Since my high school days, on the fourth weekend of April, as was this past weekend, I have been in a seat on “Rigor Mortis Curve” at Franklin Field, attending The Penn Relays Track and Field Carnival.

I have missed but one of these weekends due to a military obligation. Since there was no Penn Relays to attend this year, I decided to reflect on those special moments I shared with friends during the Penn Relays, back in the day.

Those of you that know me or are familiar with my columns, recognize that the Penn Relays and gatherings of “the boys” at Gus Dingle’s home on the Friday of Penn Relay weekend were inseparable.

It has been roughly four years since I have partied at Gus Dingle’s home. To the disappointment of many, he discontinued his Friday night Penn Relay affair; it had become overwhelming as he aged. Gus Dingle passed away this year and I shall never have this experience again. But I can resurrect some of those memories at 5106 Race St., in West Philadelphia, on Friday night of the Penn Relays. While the events on the track were very memorable, Penn Relay Friday nights at Gus’ were special.

So with no Penn Relays this year, resurrecting fond memories is exactly what I did.

During my college days, we had major fun at both house parties and cabarets, but mainly cabarets. While no one can pinpoint when these gatherings started, those present in the early years believe that it was more than 30 years ago.

Guys, and only guys, that were childhood friends, college classmates, co-workers, members of various Greek-letter organizations and several track runners gathered for the “old folk” version of partying. We drank and we ate!

A permanent item at these Friday night gatherings was a roasted pig that stretched the length of the dining room table. According to Dingle, these events were a result of several close friends going to the Penn Relays together each year. Then someone in the group introduced the idea of getting together to prolong the bonding experience shared during the Penn Relays. Gus provided a place where they could go to share good times and not so good times they experienced over the years. Why no females? I was told that this decision was deliberately made when the “get together” was conceived. The men simply wanted a place to go and unwind; a place where they could be loose; a place where they would not have to bite their tongues. So, after the last event on the Friday of the Penn Relays weekend, there was a short trek from Franklin Field to Gus’ home.

Some of those attending lived in the Philadelphia area, while others come from places up and down the East Coast with a large contingent from Virginia and the Washington, D.C. area.

It was a touching experience to enter Gus’ home and see approximately 20 Black men laughing and smiling as they came together one more time. Coming together one more time becomes very significant when one reaches the fourth quarter of his life, to use a sports metaphor, and even assumes greater significance for those who have been blessed with being in overtime of their lives.

Given the fact that Gus Dingle is no longer with us, the thought of being together again takes on more significance.

While the track and field events are memorable, coming together at Gus Dingle’s home is one of my fondest memories of The Penn Relays Carnival.

With the Relays being canceled, I embraced the memories of those Penn Relay Friday nights at Gus’ home, back in the day.

Being unable to attend the Penn Relays this year also took me back to my high school and college days. I still think about how friends became closer and sometimes enemies would seek to become friends. This was especially true of those who lived in the Philadelphia area as they could provide a place to stay.

One of the most popular low-end hotels where people stayed was the Essex Hotel, located back then at 13th and Filbert streets.

I even recall when people slept in their automobiles. People did not seem to mind because between the Penn Relays events and partying, there was little time for sleep.

Even during my high school and college days, participation in Penn Relay activities actually started on Friday evening. There were both house parties and cabarets. The Imperial Ballroom at 60th and Walnut streets was one of the major places to party. Times Auditorium at Broad and Spruce streets was another popular place to party before the major Saturday relay events.

I smiled as I thought about the Penn Relays of the past. Some passed up a new Easter outfit in order to secure a new outfit for the relays. In the past, everyone attended the relays “dressed to kill.”

How I wish I was there watching these two competitors again.

Clearly, I have no idea what impact this coronavirus pandemic will have on the Penn Relays Carnival of 2021. Hopefully, this virus will be behind us and I will not have to sit idly by next year dreaming about past relays.

In 2021, I envision enjoying the Penn Relays from my designated seat at Franklin Field, as I always did, back in the day.

Last Saturday, as I sat on my deck in the warm afternoon sun, I visualized Morgan competing with Villanova in the mile-relay races, during the late 1950s and early 1960s.

Back In The Day: Rediscover the fun of being home

In a recent column, I speculated that we would see an increase in the birth rate since many couples were hunkered down due to stay-at-home man…

Back In The Day: A load of ways to stay 'regular'

Any discussion regarding defecating is uncomfortable. Whenever I initiate a discussion of this essential function, it is usually met with this…

Back In The Day: We have survived other epidemics

Under normal circumstances, today’s column, as in previous years, would be devoted to some aspect of Easter. However, these are not normal tim…

Back In The Day: Coronavirus puts thorn in Mother’s Day traditions

Back In The Day: Not your mama's graduation

I had every intention of staying away from referencing the coronavirus in today’s column. This virus was referenced in each of my columns over…

Back In The Day: Memorial Day took on a new look

So, what did you do last Monday? The “pomp and circumstance” associated with this day means that it is prominently marked on most calendars. H…

Back In The Day: Reach out and touch someone to ease loneliness

This has again been another tough week. The attention to the coronavirus pandemic was replaced with the events and the aftermath surrounding t…

Back In The Day: Tasty memories of ice cream

While you have been encouraged not to, you do it anyway. You do it, despite the likelihood of adding inches to your waistline. Yet, many of us…