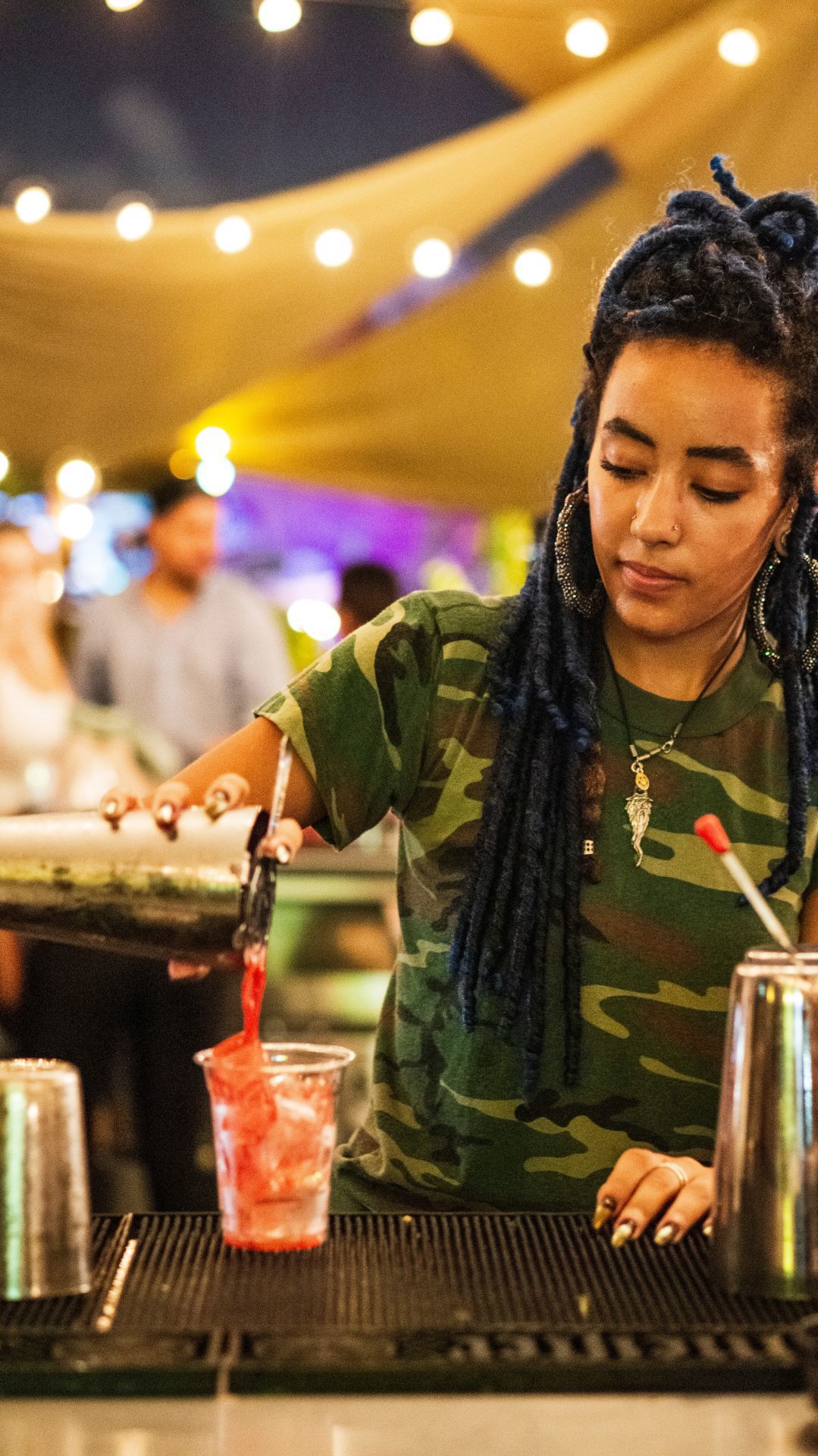 Bartending can be a viable source of extra income for some people. — Alejandro Sotillet photo/Unsplash 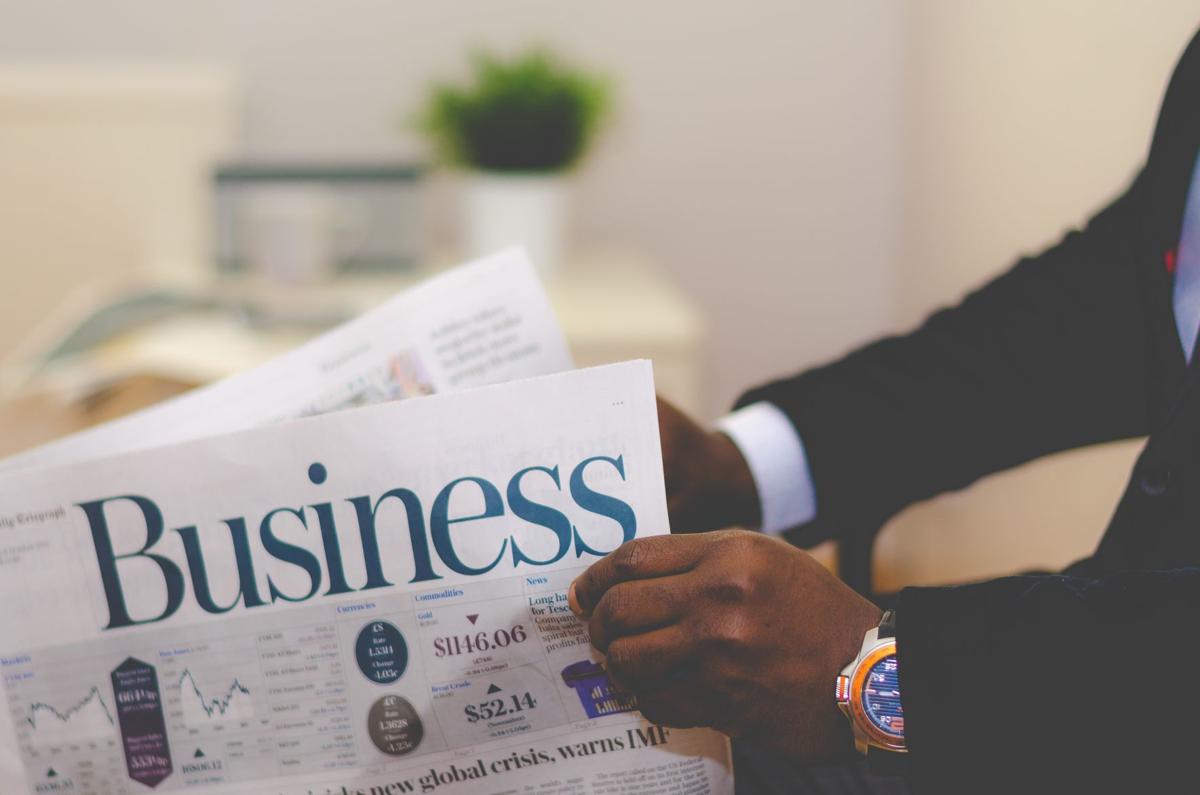 Bartending can be a viable source of extra income for some people. — Alejandro Sotillet photo/Unsplash

Whether it was after high school, trade school or college, most of us remember our first full-time job.

Those of you that graduated from a college or university during the 1950s, 1960s and the 1970s, for the most part, obtained jobs in the public sector.

Those jobs might have included that of schoolteachers, probation officers, social workers, youth study counselors or other jobs in government; there were limited opportunities available to Blacks in the private sector.

I readily recall my first job and salary, out of college, as a caseworker. In 1962, my starting salary was $4,500 a year. Most college graduates who got jobs in the public sector, earned similar salaries.

Teachers earned approximately $4,300 per year and a friend indicated that she made just $3,800 in her first teaching job in 1960.

Even with these low-paying jobs, we survived. Many of us were able to purchase a home, buy an automobile, wear new and fashionable clothing, take vacations and live a comfortable life.

But for many of us, getting further ahead required a second job. Yes, second jobs were crucial for one to live more than an average lifestyle, back in the day.

How did we survive on such low salaries? As many of you will recall, the cost of living was much less than today’s. In 1966, my wife and I purchased our first home for approximately $16,000. This twin home, in the 800 block of Sharpnack Street in the East Mount Airy section of Philadelphia had a large living room, dining room, eat-in kitchen, three bedrooms, two full and two half bathrooms, a finished basement and central air-conditioning.

We struggled to pay the $88-a-month mortgage. Automobiles were reasonably priced and I purchased a brand-new Chevrolet with a monthly payment of $76. A good friend told me that his first automobile, a new Volkswagen, required $40 a month in the mid-1960s. The cost of gas was about 25 cents a gallon — which should give you some idea as to how far a dollar could go.

Yes, the salaries paid after earning our college degrees enabled us to barely survive. For those that wanted to live “high on the hog,” and did not have a spouse bringing home an additional paycheck, a second job was a must. Some of us definitely obtained a jump start to the good life, because of a second job, back in the day.

Part-time Crime Prevention employees worked in school centers and playgrounds all over the city and used organized sports, arts and crafts and other projects to address dysfunctional behaviors and promote good citizenship. Ask any of your friends that held a second with the Crime Prevention Association and they will tell you that it was one of the prized second jobs, back in the day.

Some held second jobs in the retail industry. Working as a salesperson at a department store or neighborhood store, in the evenings or on weekends, was not unusual. Perhaps you were able to save enough money, through a second job, to buy a first home. Some that worked second jobs, in department stores, worked in their packaging sections. Sears, Roebuck and Co. and Spiegel’s were major suppliers of the packaging jobs during evenings, on weekends and during holidays. This was also true with other catalog suppliers.

As I reflected on second jobs, I thought about the challenges facing such workers. Just think about working an eight-hour day, returning home for dinner, freshening up, and then leaving for another job for a few hours. As I worked in the area of human resources at Leon Sullivan’s Opportunities Industrialization Center Inc., I can tell you from first-hand knowledge of the desire of people to work at OIC as instructors and counselors for a second job.

If you were around during the mid-60s and early 70s, OIC was the workplace that paid employees well. I observed people reporting to their second job as I was leaving to go home. I often wondered how they managed to work a full-time job and yet have energy to work a second job at OIC. These second job employees earned approximately $3,000; more money, but lots of wear and tear on one’s body, limited sleep and less time with family. Yet, they did this to get ahead.

I have many friends that got ahead by working second jobs. One worked as a bartender; one drove a taxi cab; another held down a paper route after leaving his teaching job; and, still another worked as a “headhunter,” helping applicants find new jobs. Yes, he did this after leaving his regular job as a teacher. Then there was the Post Office where many earned additional monies sorting mail. Did any of you work as counselors during the evenings at the Youth Development Center?

Times have changed! No longer are we limited to jobs that were typical for Black college graduates in the past. Now, these typical jobs have pay scales that enable workers to not only survive, but to excel. So, if you are one that is looking for additional monies to improve your way of living, perhaps a second job may be the answer just as many “old school folk” did, back in the day.

Alonzo Kittrels can be reached at backintheday@phillytrib.com or The Philadelphia Tribune, Back In The Day, 520 S. 16th St., Philadelphia, PA 19146

Back in the Day: New Year's Eve meant elegance for Kappas

So, what did you do to bring in 2020? Were you like many of my friends who stayed home just cooling out? Was watching television, for the drop…

Back In The Day: Trains roll out Christmas cheer

I love all holidays! In just three days we shall celebrate my favorite one.

Back In The Day: Old-time cartoons brought us joy

One evening last week, I twisted and turned as I laid in my bed. It was about 3 a.m. and as hard as I tried, I could not go back to sleep. I t…

Back In The Day: Puzzles challenge the mind

The fun activities in which families engage at home today are, for the most part, centered on television.

Back In The Day: Several things used to define class

Every time I go into one of my bathrooms at home, my eyes focus on the iconic 1941 photo that hangs on the wall, “Negro Boys on Easter Morning…

Back in the Day: Snowball fights spark fond memories

For the past several months, a commercial has appeared on television featuring the Apple iPhone 11. The ad highlights this device’s ability to…

Back in the Day: 'Sunday best' is now every day OK duds

Seeing a young boy or girl, 5 or 6 years of age, smartly dressed does something special to me. Usually, I smile and think about how things use…