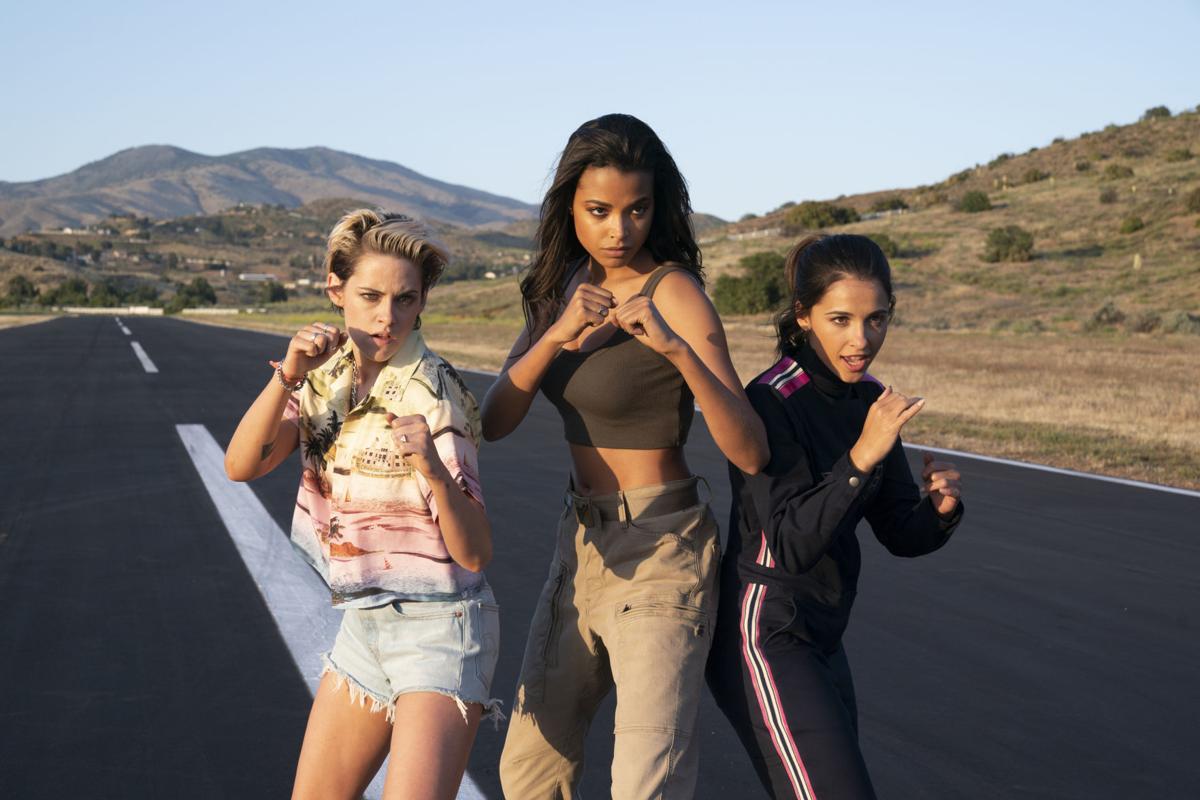 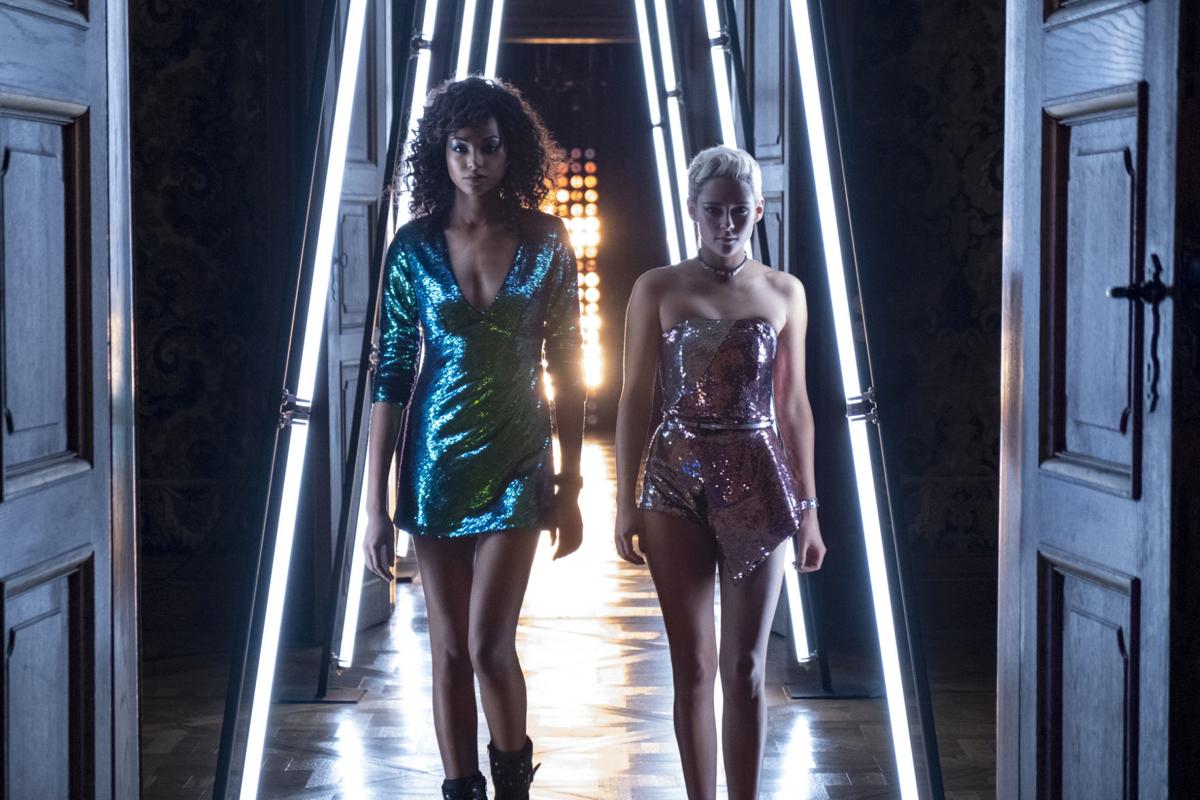 This image shows, from left, Ella Balinska and Kristen Stewart in “Charlie’s Angels,” in theaters on Nov. 15. PHOTO: Nadja Klier/Sony Pictures via AP 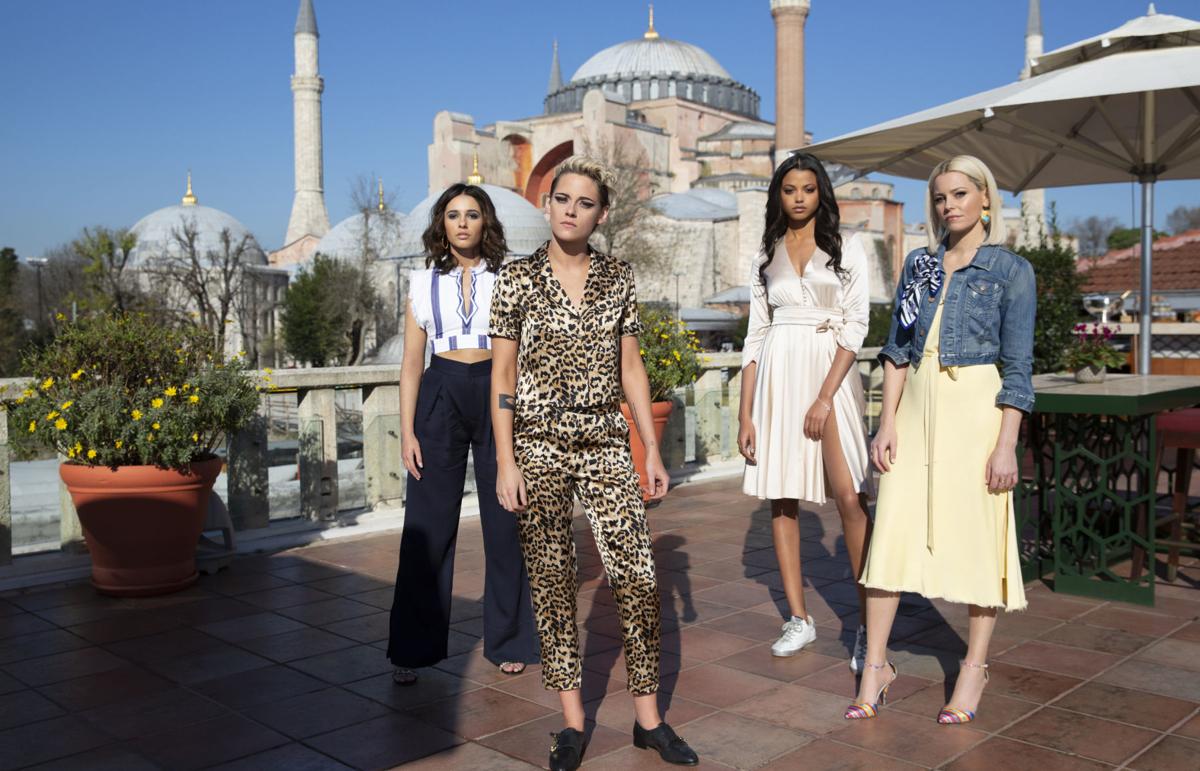 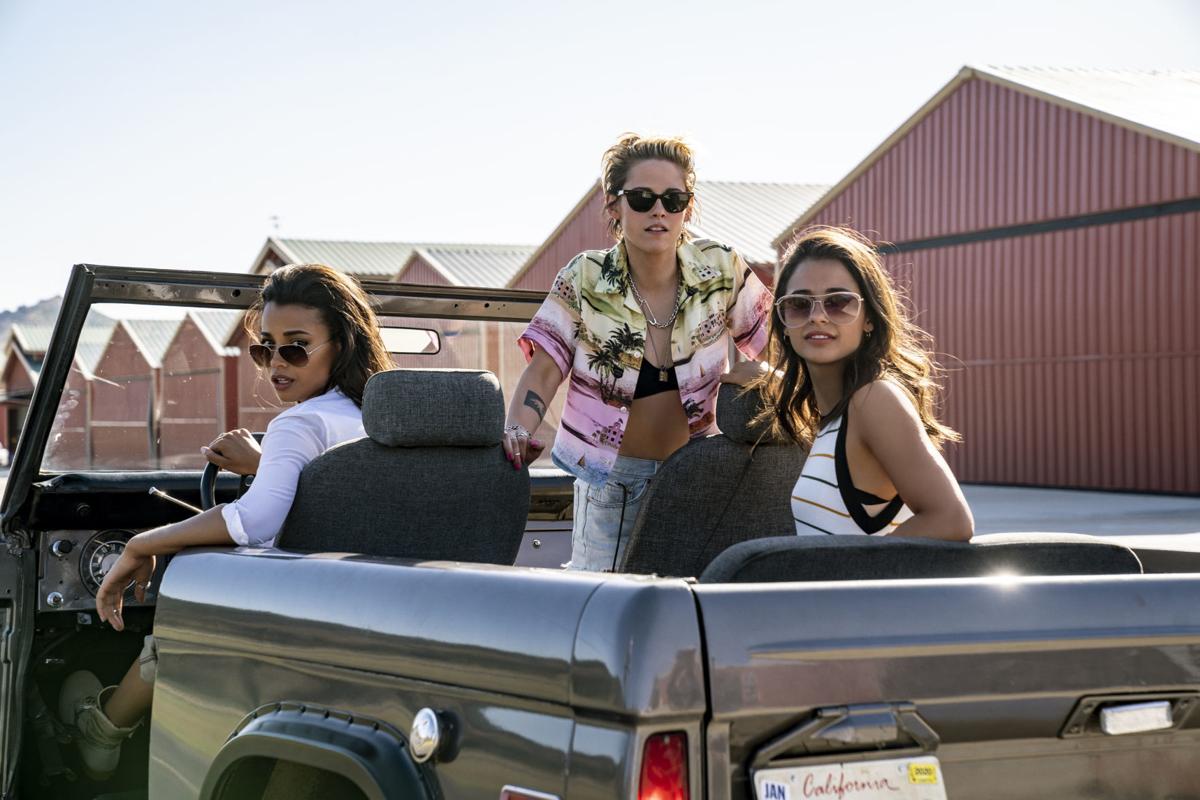 This image shows, from left, Ella Balinska, Kristen Stewart and Naomi Scott in “Charlie’s Angels,” in theaters on Nov. 15. 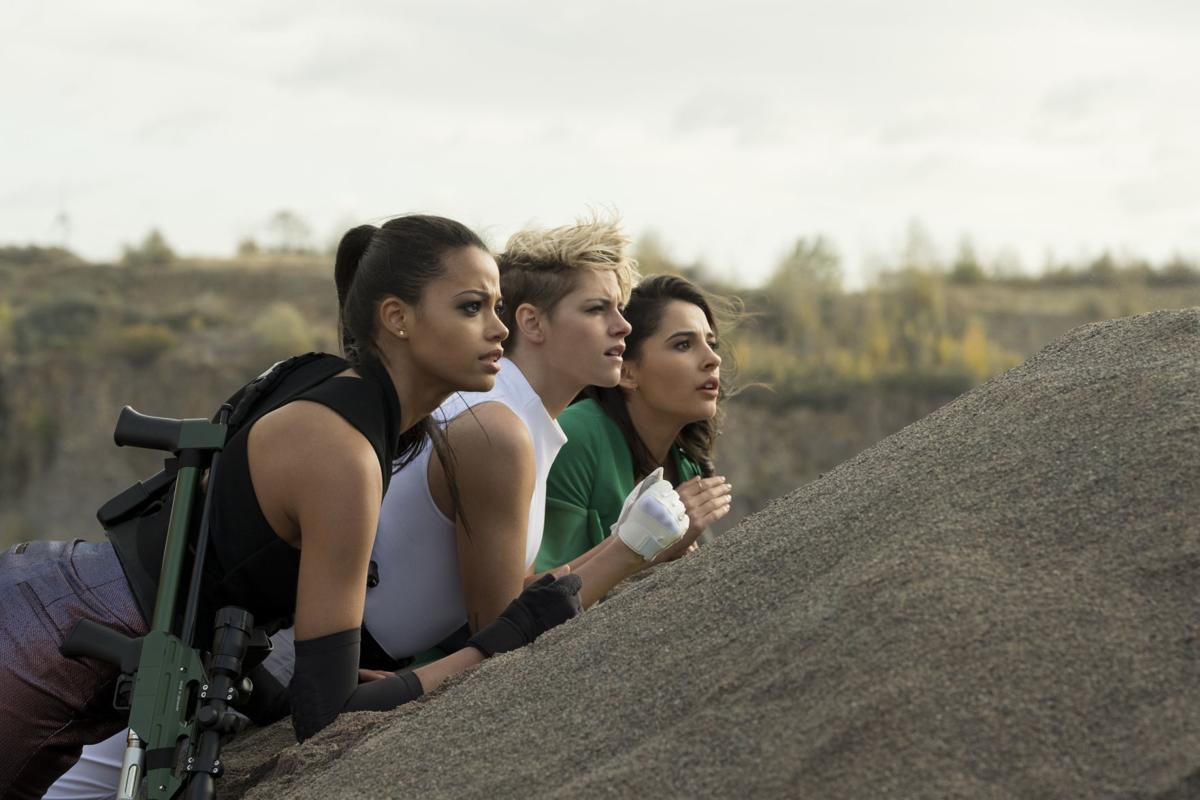 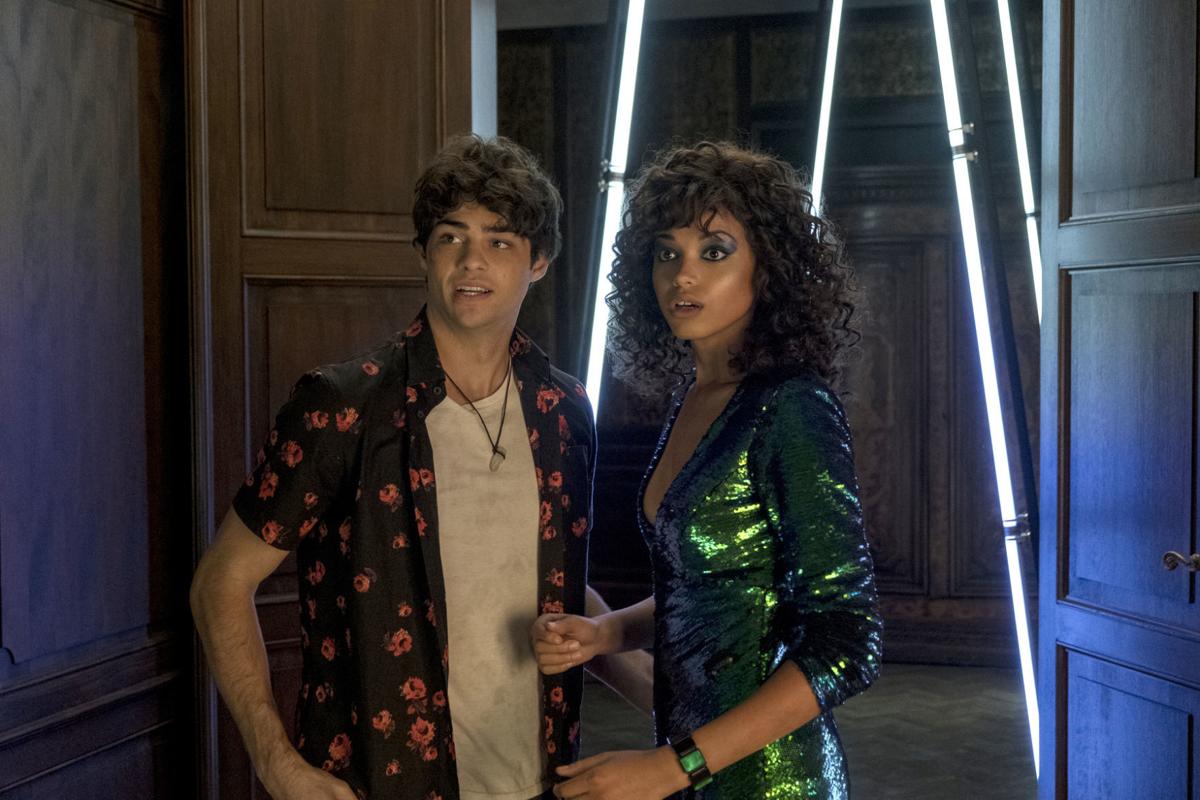 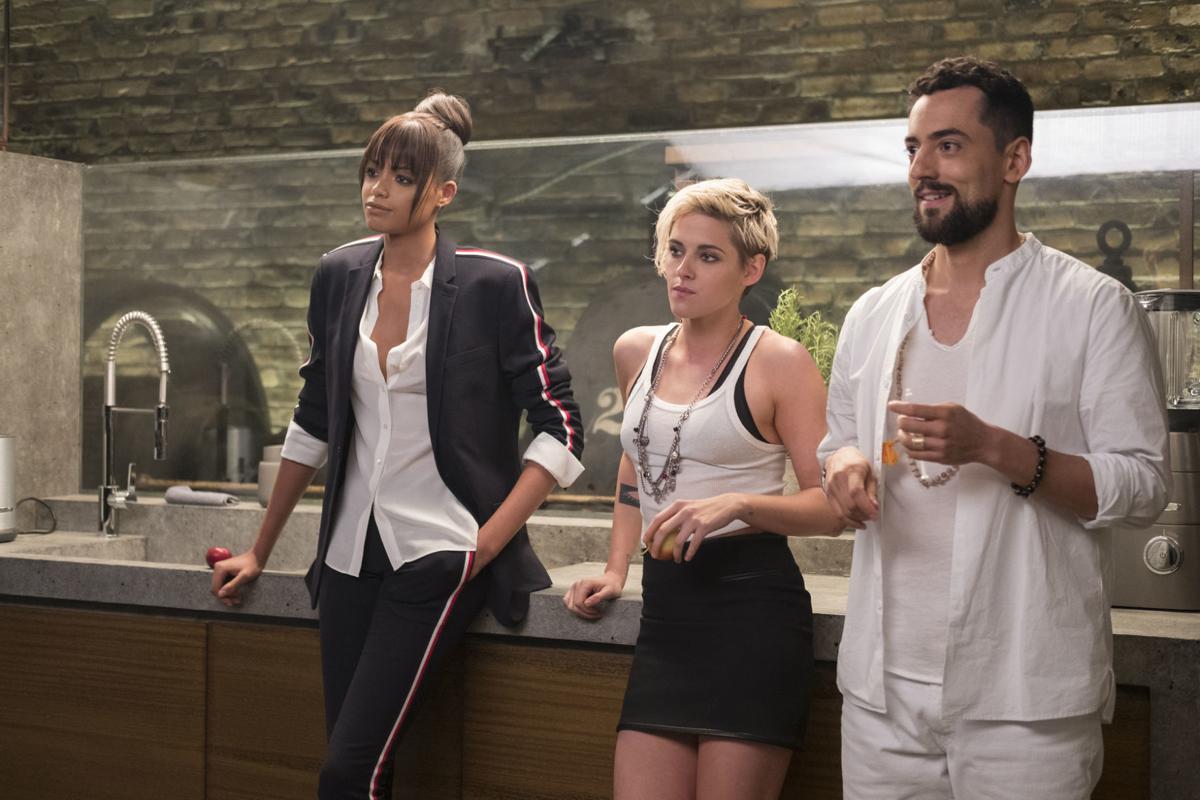 This image shows, from left, Ella Balinska and Kristen Stewart in “Charlie’s Angels,” in theaters on Nov. 15. PHOTO: Nadja Klier/Sony Pictures via AP

This image shows, from left, Ella Balinska, Kristen Stewart and Naomi Scott in “Charlie’s Angels,” in theaters on Nov. 15.

If you’re watching a big studio film featuring a female ensemble, there is a 50% chance that there is going to be some monologue about how men underestimating women is both a truism and an advantage. It’s becoming as inevitable as environmentalist supervillains. On its face it’s a harmless observation and a signal to the audience that this movie is aware of modern gender politics. Sometimes it’s even passable, as in “Hustlers.” But where it starts to wear thin is when the movie around it doesn’t stand up to even the most modest expectations of popcorn entertainment (hello, “Ocean’s 8”).

The latter is more the case with “Charlie’s Angels ,” starring Kristen Stewart, Ella Balinska and Naomi Scott. It is, of course, a semi-reboot of the 1970s television series that spawned a film series and another attempt at a television show.

While it has always featured three women in the lead roles, the original concept was not exactly a model of enlightened feminism. And unhelpful monikers like “Jiggle TV” did their best to undermine any kind empowerment that audiences might have derived from seeing women leading a popular television show. Even Farah Fawcett once chalked the show’s No. 1 status up to bras (or lack thereof).

But then Drew Barrymore and McG came along with a take that knowingly winked at its own history of sexploitation while playing into a very 1990s “you go girl” concept. Add a batch of charismatic movie stars and a Destiny’s Child anthem about financial independence and suddenly “Charlie’s Angels” seemed fresh.

What is most surprising about the latest “Charlie’s Angels,” which was written and directed by Elizabeth Banks, who also plays the part of Bosley, is how little the “go girl” feminism of the 2000 film has evolved in nearly 20 years. Blame society or a lack of imagination on the part of the filmmakers, but there is nothing all that new about the ideas here. The film even feels the need to hit the audience over the head with a “girls can do anything” message right at the start with an entirely sincere (and wholly disconnected) montage showing pre-teens doing things like sports and science.

But then the question of expectations rises again: What are we really looking for in a “Charlie’s Angels” movie after all? Not terribly much. Some good action, costumes and chemistry from the leads, perhaps. In other words, just entertain us. And in that respect, this 2019 “Charlie’s Angels” only partially succeeds.

The action is fine and engaging but nothing we haven’t seen before. The costumes, by Kym Barrett, are fantastic (a love letter to sequins, hot pants and excess) as are all the fierce makeup looks. As for the chemistry? Well, it’s a little lacking. Part of that is due to the story. These Angels don’t have a pre-existing relationship. Stewart’s Sabina and Balinska’s Jane are solo operators. And one (Scott) isn’t even an Angel at all, but an engineer who gets dragged into the fray because she’s discovered that the energy saving device she created can be weaponized. So when things go awry with the device and it’s stolen to be sold on the black market, they have to learn to work together under the oh-so-fabulous and oh-so-jaded guidance of Banks’ Bosley.

Stewart is having so much fun playing such a sarcastic and carnal character that it’s impossible not to smile along with her, but the others get a bit lost in her movie star shadow. The interplay of three magnetic stars is what made the 2000 film so appealing. And Stewart’s delightful comedic turn is not enough to carry the sluggish beginning.

The film does some clever things: It doesn’t erase the Angels of the past and Bosley now is a “rank,” not a single person. Sam Claflin, as a wealthy tech entrepreneur, and Patrick Stewart as another Bosley are also lively standouts who, like Kristen Stewart, know what movie they’re in. But by the time its found its footing and a pace and energy that holds up to the flash, it’s already the end.

”Charlie’s Angeles,” a Columbia Pictures release, is rated PG-13 by the Motion Picture Association of America for “action/violence, language and some suggestive material.” Running time: 118 minutes. Two stars out of four.