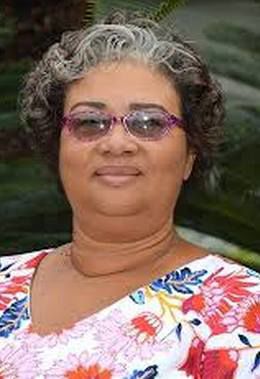 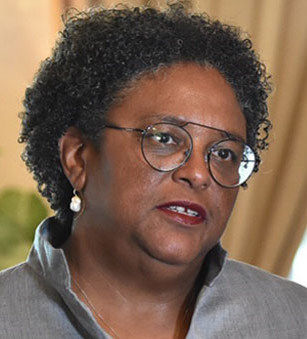 In light of the fact that March is Women’s History Month and the world is in engaged in fighting the coronavirus, specifically COVID-19, we have decided to highlight two women who are directly involved in fighting the spread of the virus in the Caribbean.

Mia Amor Mottley is the prime minister of Barbados and the newly elected chair of the Caribbean Community, while Dr. Joy St. John is the executive director of the Caribbean Public Health Agency. Both are amazing women who are doing amazing things in their communities. More importantly, they are tasked with making decisions that will impact the Caribbean region as a whole.

Here are some interesting facts about Mottley: She was born on Oct. 1, 1965, in Barbados and was educated at Merrivale Private School in Barbados, the United Nations International School in New York and Queen’s College in Barbados. She then obtained a law degree from the London School of Economics.

In her bio, Mottley is described as a woman who has lived a public life of firsts. She was the first female leader of the Barbados Labour Party and the opposition; first female attorney general, a position she held for five years; and the youngest female ever on the Queen’s Counsel in Barbados. She is a descendant of a long line of successful male politician role models who held various seats in the Barbados House of Assembly. On May 25, 2018, Mottley become the eighth prime minister of Barbados and the first woman to hold the post. She is currently the chair of CARICOM.

In turning the spotlight on St. John, she was the assistant director general at World Health Organization from October 2017 to April 2019 before she became executive director at CARPHA. Her resume includes director of surveillance, disease prevention and control at CARPHA from 2015 to 2016; senior adviser and executive board chairwoman at WHO, the United Nations health organization. She oversaw the health care in Barbados as chief medical officer from 2005 to 2017. The list of accomplishments goes on and on.

Both women are doing an exemplary job in mobilizing the region as the COVID-19 virus spreads around the world.

As the CARPHA’s executive director, St. John has raised the level to high alert as at least 13 cases have appeared on the Caribbean islands, from Cuba to Trinidad and Tobago. She is stressing to health authorities the urgency of switching into readiness and rapid response mode in getting the necessary emergency personnel and resources in place.

She has indicated that CARPHA will continue to monitor any new developments and provide member countries with guidance to support national response efforts.

“We stand ready to provide support and guidance to member states on how to strengthen their health systems response should there be importation and any subsequent person-to-person transmission in the Caribbean. We are currently working with regional partners to develop a CARICOM regional plan to manage the COVID-19 outbreak,” St. John said during one interview.

Mottley has said repeatedly that leaders need to put a plan in place to protect their citizens.

“We must act together to get through this,” said the CARICOM leader.

At a press briefing after meeting with heads of state in Barbados, Mottley explained that one of the major concern was “not only to define the responsibility and obligations of individual partners, whether it be member states, the cruise industry, the public health officials, but also for us to address the issue of capacity.”

Mottley said that health professionals from across the globe had made it clear that it was highly unlikely that no country would remain unaffected by the virus, which has infected more than 130,000 and caused at least 4,900 deaths worldwide.

She said that “having listened to the science and expertise from PAHO and CARPHA, it is clear it is entirely within our capacity … to manage and contain” coronavirus cases, as done in the past with SARS, Zika, chikungunya, H1N1 and other diseases.”

CARPHA is working with agencies not only in the Caribbean but also within the United States and WHO to address this pandemic.

Officials are urging the public to practice simple everyday preventive actions involving common-sense hygiene such as hand washing and sterilization in public areas to help prevent the spread of the disease.

My brothers and sisters, we have to remain prayerful. Be encouraged that this too shall pass. Peace and blessing.

The opinions expressed in this commentary are his. View more opinions on phillytrib.com.