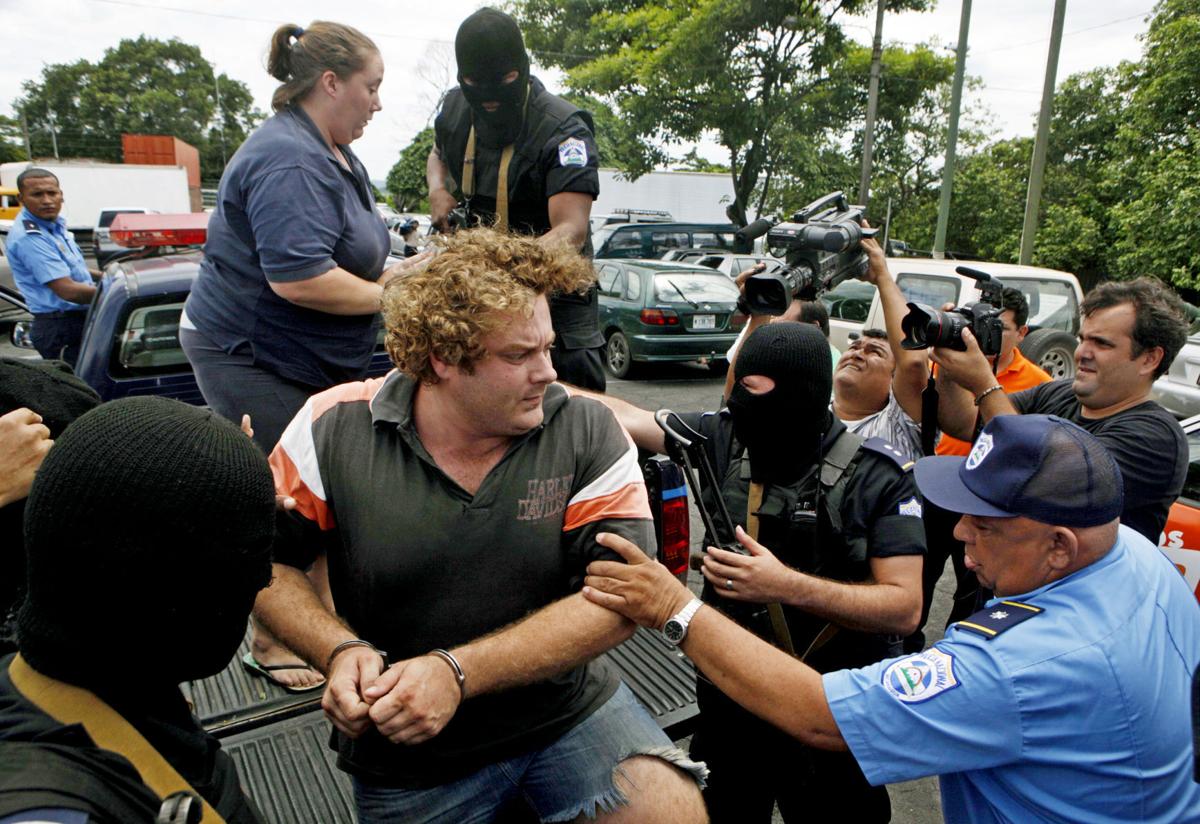 U.S. citizens William Dathan Holbert and his former wife, Laura Reese, shown in 2010, were each sentenced to more than 20 years in prison for five slayings in a Caribbean tourist destination in Panama. 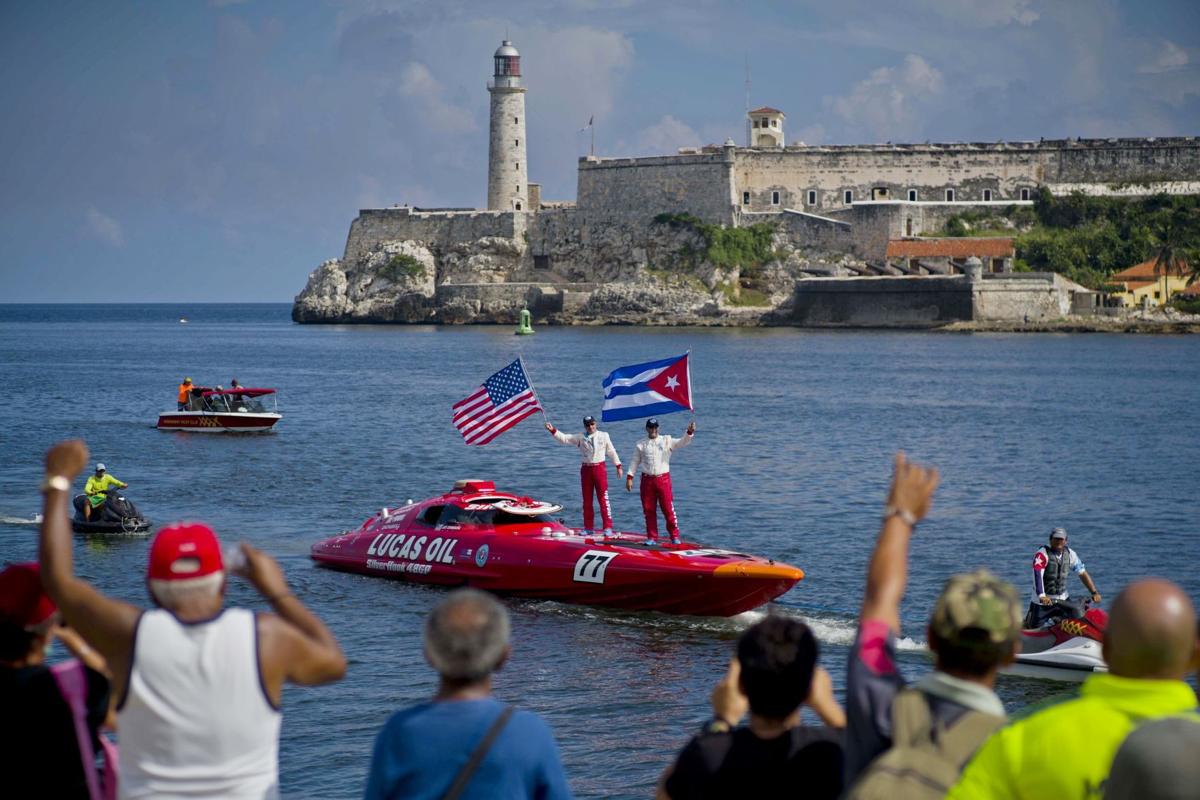 Lucas Oil SilverHook powerboat driver Nigel Hook waved the U.S. flag while partner James Johnson waved the Cuban flag as their speedboat pulled into Cuba coastline on Tuesday. The team led by Hook, a California-based businessman, is claiming a record for a powerboat crossing from Key West, Fla., to Havana in 1 hour and 18 minutes. — AP Photo/Ramon Espinosa 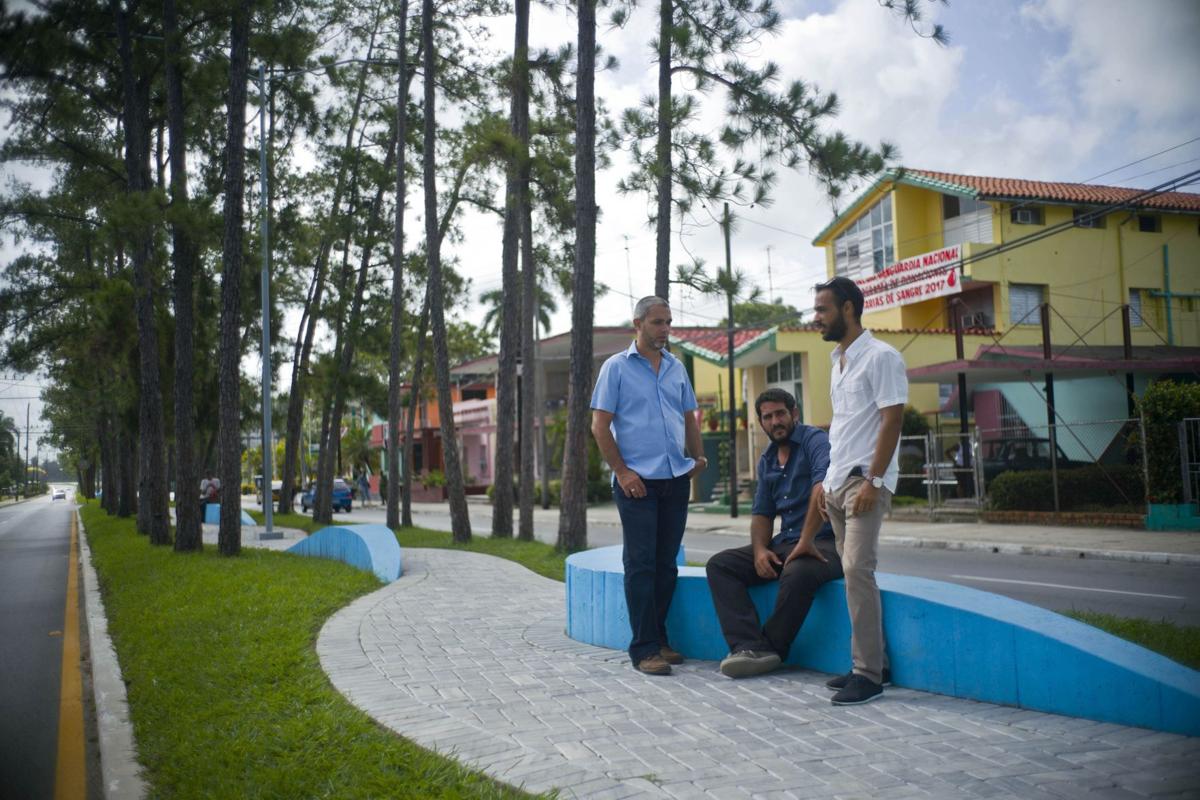 Architects Yasser Jimenez, left, Oriesky Bencomo and Jose Luis Valdes are among the young professionals who are helping to redefine business in Cuba.

U.S. citizens William Dathan Holbert and his former wife, Laura Reese, shown in 2010, were each sentenced to more than 20 years in prison for five slayings in a Caribbean tourist destination in Panama.

Lucas Oil SilverHook powerboat driver Nigel Hook waved the U.S. flag while partner James Johnson waved the Cuban flag as their speedboat pulled into Cuba coastline on Tuesday. The team led by Hook, a California-based businessman, is claiming a record for a powerboat crossing from Key West, Fla., to Havana in 1 hour and 18 minutes. — AP Photo/Ramon Espinosa

Architects Yasser Jimenez, left, Oriesky Bencomo and Jose Luis Valdes are among the young professionals who are helping to redefine business in Cuba.

BRIDGETOWN, Barbados — Authorities in the eastern Caribbean warned residents to stay indoors as Tropical Storm Harvey brought heavy winds and rain to the area Friday on a path expected to take it to Central America next week.

Harvey was expected to cross through St. Vincent and the Grenadines and then over the Caribbean Sea. A tropical storm warning was also in effect for Martinique and St. Lucia.

The U.S. National Hurricane Center in Miami said Harvey had winds of up to 40 mph and was moving west at 18 mph.

The storm’s maximum sustained winds early Friday were near 40 mph with slight strengthening possible over the next two days.

Harvey was centered about 30 miles (48 kilometers) east-southeast of Barbados and was moving west near 18 mph.

PORT-AU-PRINCE, Haiti — Authorities in Haiti say at least six people drowned and about 10 are missing after a boat overturned off the northern coast.

Local Civil Protection agency representative Jose Rethone says 23 people have been rescued and a search is continuing for more survivors near the city of Port-de-Paix.

Rethone says the boat overturned Thursday in rough seas as it was carrying people on a regular route between the island of La Tortue and Port-de-Paix. He says officials believe about 40 people were on board but there was no manifest.

The vessels used as ferries in that area are frequently overloaded and poorly maintained.

KEY WEST, Fla. — A powerboat race team appears to have broken a time record for crossing from the Florida Keys to Cuba.

Throttleman Nigel Hook of San Diego, and driver Jay Johnson of Scottsdale, Arizona, piloted the 48-foot SilverHook on Thursday just over 103 miles from Key West to a point off the El Morro castle in Havana in 1 hour, 18 minutes and 3 seconds.

Hook and Johnson attempted a faster return trip Thursday, but a drive shaft failure disabled one of two engines.

Authorities have caught another suspect in a Jamaican lottery scam that bilked mostly elderly Americans out of millions of dollars.

Akil Gray is among 15 suspects charged in U.S. District Court in North Dakota with conspiracy, fraud and money laundering. Prosecutors say he was recently apprehended in Jamaica after being on the run more than a year.

Authorities say at least 90 people lost a total of more than $5.7 million to the scam, including a North Dakota woman who lost her life savings.

The man who authorities say masterminded the scheme pleaded guilty to conspiracy last month. Another suspect is scheduled to plead guilty in October.

Nine suspects who have pleaded not guilty are awaiting trial. Another suspect is still in Jamaica awaiting extradition, and two others remain fugitives.

PANAMA CITY — U.S. citizen William Dathan Holbert was sentenced to 47 years in prison by a court in Panama for robbing and killing five other Americans in a Caribbean tourist destination, authorities said Monday. His ex-wife, Laura Reese, was sentenced to 26 years for her role.

Authorities said Holbert admitted killing five people between 2007 and 2010 in Bocas del Toro province in order to steal their property.

Holbert and Reese were arrested while trying to enter Nicaragua from Costa Rica in 2010. That year, the bodies of four adults and one child were found buried on the property of a hostel that Holbert owned.

Holbert killed a U.S. citizen named Mike Brown, his wife and young son in 2007. Authorities have said Brown may have been living under an alias and they don’t know where he was from. In 2010, Holbert killed Cheryl Lynn Hughes, a native of St. Louis, who ran a small hotel in Panama, and Bo Icelar, former owner of a gallery in Santa Fe, N.M.

Holbert had left North Carolina after he went through a divorce to a previous wife, sold his landscaping business and filed for bankruptcy. He met Reese in North Carolina.

In Montana, Holbert stole a car and sold it. Back in North Carolina he sold a $200,000 home that he didn’t own. Authorities pursued him across a half dozen states that included a high-speed chase in Wyoming.

He and Reese had been living in Panama under the alias Cortez. They were fleeing a Panamanian investigation when they were arrested in Nicaragua.

MIAMI — Authorities say a stowaway on a flight from the Dominican Republic to Miami was spotted emerging from the plane’s wheel well and sent back home.

Police detained the man, whose name wasn’t released. Silva said he was medically cleared, processed as a stowaway by federal authorities and returned to the Dominican Republic.

Silva said local and federal authorities searched the plane and cleared it to resume normal operations.

But the project is part of a fragile experiment whose success or failure might help determine if Cuba is able to pull itself out of years of economic stagnation and brain drain.

The central avenue in the western city of Pinar del Rio, population 150,000, was redesigned over the last three years by a private firm of three 20- and 30-something architects hired by the communist provincial government — a contract that would have been unimaginable in Cuba just a few years ago.

Over the last decade, Cubans making state salaries of less than $25 a month have moved by the hundreds of thousands into the private sector — opening stores, restaurants and bed-and-breakfasts that have been among the few sources of growth for the island’s moribund centrally planned economy.

Graduates of Cuba’s renowned free universities have been mostly left out of private jobs in their fields, because the state sees the privatization of professions like architecture and accounting as unacceptable in Cuba’s socialist system. The government has argued that individuals shouldn’t profit, feeding inequality, from society’s costly investment in free education. Professionals looking for better lives have emigrated by the tens of thousands or turned to unskilled but higher-paying work like waiting tables or driving taxis.

Young professionals such as Agora’s founders are watching carefully to see if Cuba becomes a place where people like them can flourish.

“We’re young people who’ve decided to stay, to live here, and really we’d like to do more,” Yasser Jimenez, 36, who co-founded Agora, the 3-year-old boutique design firm in Pinar Del Rio. “All types of projects, provide engineering services, build a building from zero.”

His two partners in the venture are Oriesky Bencomo, 37, and Jose Luis Valdes, 27.

Government figures showed that the number of Cubans working in 200 permitted categories of private employment rose from 140,000 in 2009 to 535,000 in 2016. Some 400 worker-owned and run cooperatives are currently operating in non-agricultural fields like construction or recycling.

— Compiled from The Associated Press