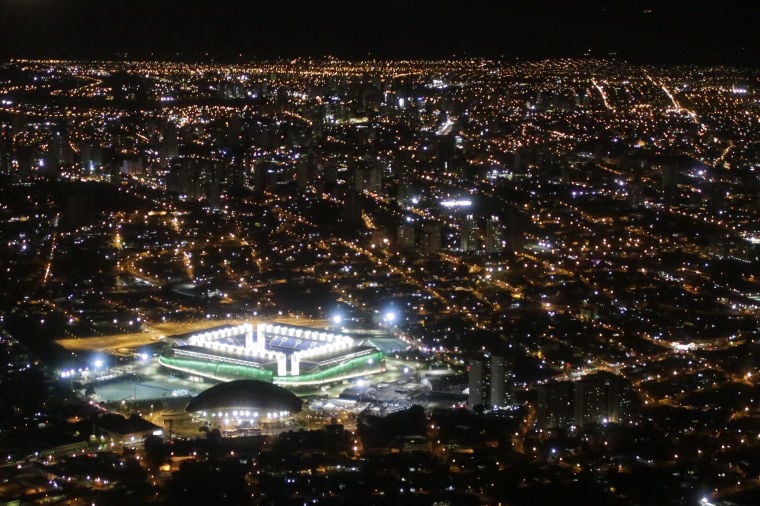 A night aerial view of the Arena Pantanal stadium where Japan and Colombia met up for their group C World Cup soccer match in Cuiaba, Brazil. — AP Photo/Felipe Dana, File 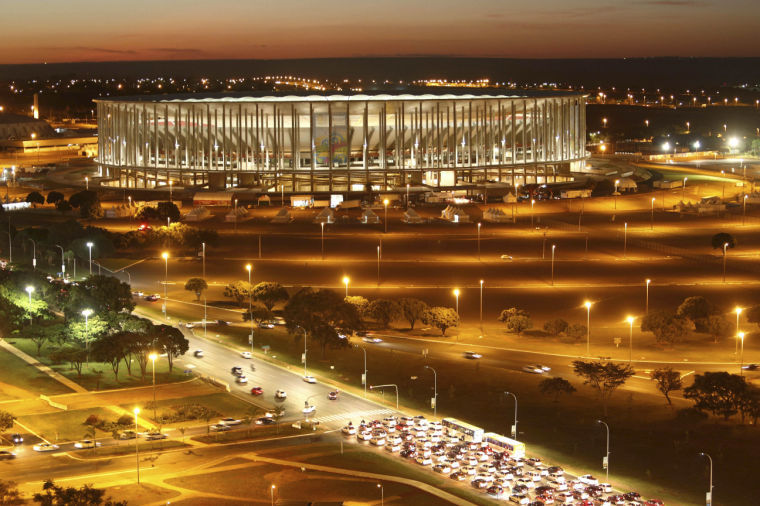 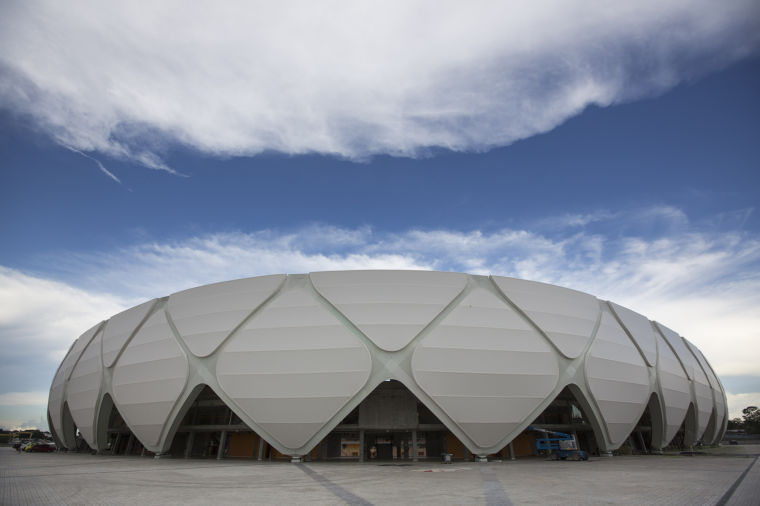 Arena da Amazonia stands in Manaus, Brazil. The 44,000-capacity stadium in the jungle city of Manaus, which has no teams in the first, second or third divisions, hosted 11 events since the end of the World Cup in July. — AP Photo/Felipe Dana, File

A night aerial view of the Arena Pantanal stadium where Japan and Colombia met up for their group C World Cup soccer match in Cuiaba, Brazil. — AP Photo/Felipe Dana, File

Arena da Amazonia stands in Manaus, Brazil. The 44,000-capacity stadium in the jungle city of Manaus, which has no teams in the first, second or third divisions, hosted 11 events since the end of the World Cup in July. — AP Photo/Felipe Dana, File

When the World Cup ended, Brazil was left with a sense of pride after successfully hosting soccer’s showcase tournament. It was also left with 12 modern facilities that officials said would help revitalize the sport in the country.

Nearly six months after the final at the revamped Maracana, Brazil is still trying to find ways to take advantage of some of its new arenas.

Although the venues worked well during the World Cup despite construction delays that put the country’s preparations in jeopardy, not all the stadiums are being used to their full potential. It’s the same thing that happened with many of the venues from four years ago in South Africa, and what could happen again in Russia and Qatar, where more new stadiums are being built.

Some venues in Brazil have proved profitable to their owners, improving attendance and benefiting local clubs. But others clearly run the risk of becoming the dreaded white elephants that critics warned about long before the competition started.

Local World Cup organizers insisted they wanted the tournament played in 12 host cities despite concerns from FIFA and complaints from critics outraged by the money needed to build or renovate all the stadiums — many in cities without soccer tradition.

“There was no question you were going to build a bunch of white elephants,” said Victor Matheson, a sports economist at the College of the Holy Cross. “Brazil went a little overboard with 12 stadiums instead of 10 or eight. Local politicians got a little too deep in the World Cup frenzy. We can identify three of four stadiums that make no economic sense at all.”

The 44,000-capacity Arena da Amazonia in the jungle city of Manaus — which has no teams in the first, second or third divisions — hosted 11 events since the end of the World Cup in July. There were four professional soccer matches, one amateur tournament, three religious events, two concerts and the celebration of the city’s anniversary.

At the 70,000-capacity Mane Garrincha Stadium in Brasilia — another city without a big soccer tradition — only 300 fans were on hand this month to watch the U.S. women’s national team, ranked No. 2 in the world, play China in an international tournament.

In the remote city of Cuiaba, only three games attracted more than 30,000 fans at the 42,000-capacity Arena Pantanal after the World Cup. The local government has been hosting alternative events that include police games, gatherings of cyclists and even the launch of a housing complex.

“There aren’t many things that will require a 35,000-seat stadium,” Matheson said. “People are starting to find that out.”

The Arena Pernambuco in the northeastern city of Recife, where 236 people bought a ticket to watch a Brazilian Cup match just before the World Cup, is resorting to corporate events, conferences, fairs and wedding ceremonies. In September, A 15-year-old boy celebrated his birthday at the stadium — he and his friends were allowed to play on the field and use the changing rooms and other facilities. Last month, the arena held the local final of an American football league in front of about 7,000 fans.

Like many of the other venues, the Arena Pernambuco has a website advertising its space and looking for occupants.

“The arena can be the ideal place for parties, showrooms and even workshops,” stadium operators boasted in a release about the “multiuse” venue in Recife, which already had three stadiums before the World Cup.

Of the nearly $11.5 billion spent on the World Cup, about $4 billion was used on the 12 stadiums. About 80 percent of the funds came from government loans or tax breaks. Only three stadiums were not built by local governments, and many of the others — including the ones in Cuiaba and Manaus — are now being handed to private operators through bidding processes.

Some of the new venues have helped local soccer.

Clubs quickly noticed the potential of the new stadiums and many hosted games away from their cities to earn the extra money. Venue owners have been paying hefty fees to attract top teams and maximize everyone’s profits. Many of these matches would have had smaller crowds if they had not been transferred to the new arenas, where they become a bigger attraction to local fans not used to seeing traditional teams in their hometown.

The Brasilia arena hosted many of these matches after it was inaugurated for the 2013 Confederations Cup. Stadium operators said there were more than 70 events at the venue since then, including 44 matches.

“These events are paying for the maintenance costs and generate profit and promote the growth of the local economy,” Brazil’s sports ministry said in an email sent to TheAssociated Press. — (AP)