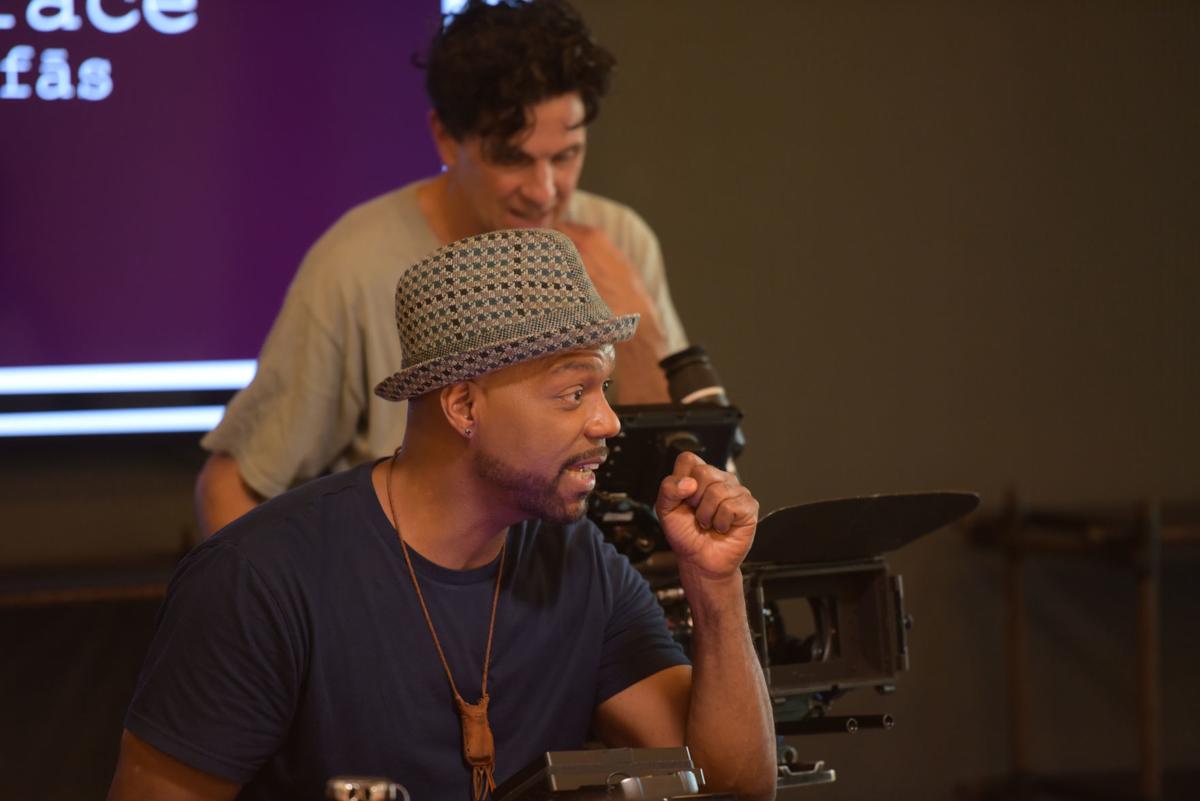 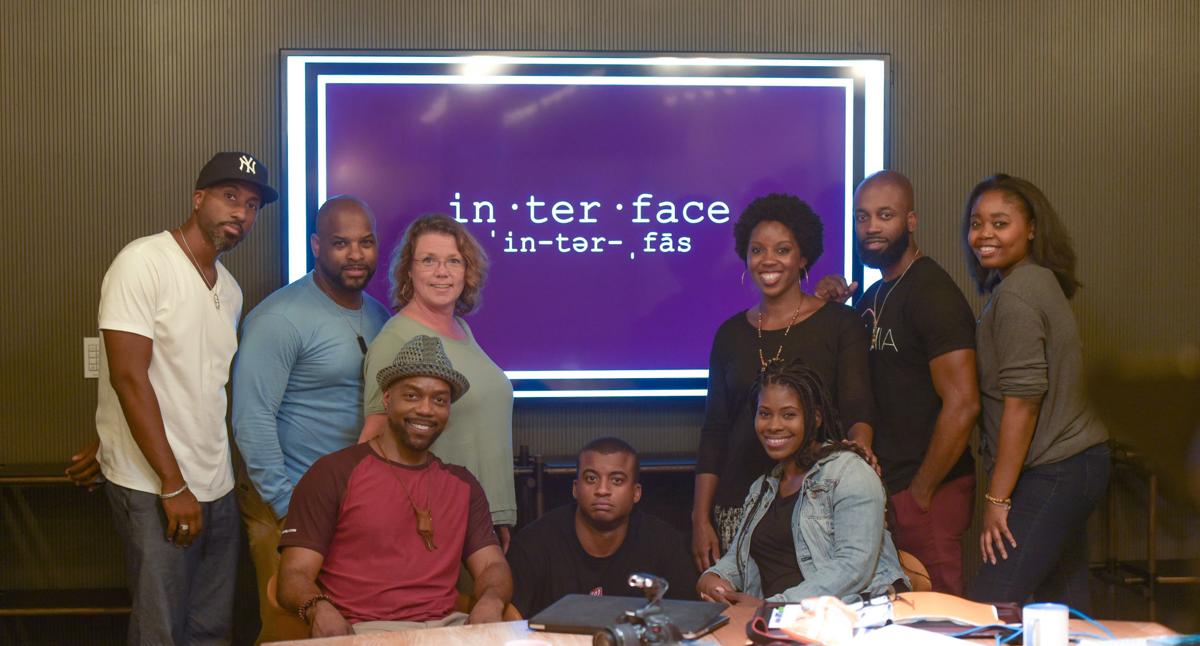 Shiek Mahmud-Bey, seated and wearing the patterned hat, is the head of 25th Frame Films and Char’Actors. An actor and filmmaker, Mahmud-Bey starred alongside Andy Garcia and Richard Dreyfuss in “Night Falls on Manhattan,” and also with Joaquin Phoenix and Ed Harris in “Buffalo Soldiers.” He is joined by others from Char’Actors cast and crew. —NNPA photo

Shiek Mahmud-Bey, seated and wearing the patterned hat, is the head of 25th Frame Films and Char’Actors. An actor and filmmaker, Mahmud-Bey starred alongside Andy Garcia and Richard Dreyfuss in “Night Falls on Manhattan,” and also with Joaquin Phoenix and Ed Harris in “Buffalo Soldiers.” He is joined by others from Char’Actors cast and crew. —NNPA photo

Any studio would rarely provide media access to films that it plans to enter into several prestigious film festivals, like the New Orleans Film Festival and the American Black Film Festival.

Char’Actors and 25th Frame Films granted the Black Press that access. Both companies are helmed by New York-born actor Shiek Mahmud-Bey (“The Profiler,” “Night Falls on Manhattan,” and “Buffalo Soldiers”).

This week, Mahmud-Bey previewed two riveting short films that are sure to grab the attention of judges and those fortunate enough to see them. He has several potential blockbuster feature-length films he also plans to release this year and in 2021.

The film serves up 9 minutes and 11 seconds of raw emotion as the two sisters have just buried their father. They eventually, and reluctantly, meet inside a church, and it soon becomes evident that they hadn’t seen each other or been in contact for years.

But, they must confront a couple of family secrets that threaten to rock their lives further.

The second film previewed is “My Father’s Son,” written and directed by Mahmud-Bey and includes the cinematic efforts of Sean Snider (“Honour Among Thieves,” “Leak,” and “Chasing After You.”).

The 24-minute short chronicles life’s ups and downs for Barry Collins (Anderson), who suffered the loss of his mother when he was a child.

While Auntie Pamela leans on her faith, Barry is disenchanted, a“take his mother and his father” at the same time.

Later, when happiness in the form of a promising job offer arrives, things get even more complicated.

Barry’s juggling a girlfriend and another woman with whom he’s fallen in love.

The general contours of “My Father’s Son” brings to the screen the sometimes-rocky path traversed by men and their fathers in what some psychologists call one of the most complex relationships in a man’s life — that of father and son.

It’s a relationship that can affect others, and unless Barry gets the closure he needs, it could have a devastating impact.

Char’Actors, a company of artists dedicated to acting and filmmaking and an objective to advance careers and create opportunities for members to write, produce, and direct their own works, and 25th Frame Films are jumping into the genre with other promising shorts, including “Dilemma,” a drama in which Mahmud-Bey said should reach completion soon.

“Dilemma” is a story about a woman named Lisa (Shannon Weiss) who suffers from schizophrenia. Lisa controls the condition well with her medication, but all of that changes when her brother, Joseph (Ryan Lawerance), moves in with her.

When Lisa realizes that her brother is planning to get married, Lisa stops taking her medicine and chaos ensues. What comes next is a dilemma for Lisa, Joseph and Joanne (Warren), his fiancée.

While Char’Actors and 25th Frame Films are scheduled to go into pre-production on another film titled, “Thought,” the companies are expected to release a seven-episode web series titled “Interface,” which Mahmud-Bey said contains a rare multicultural cast.

“I will find a way or make one,” Mahmud-Bey said.