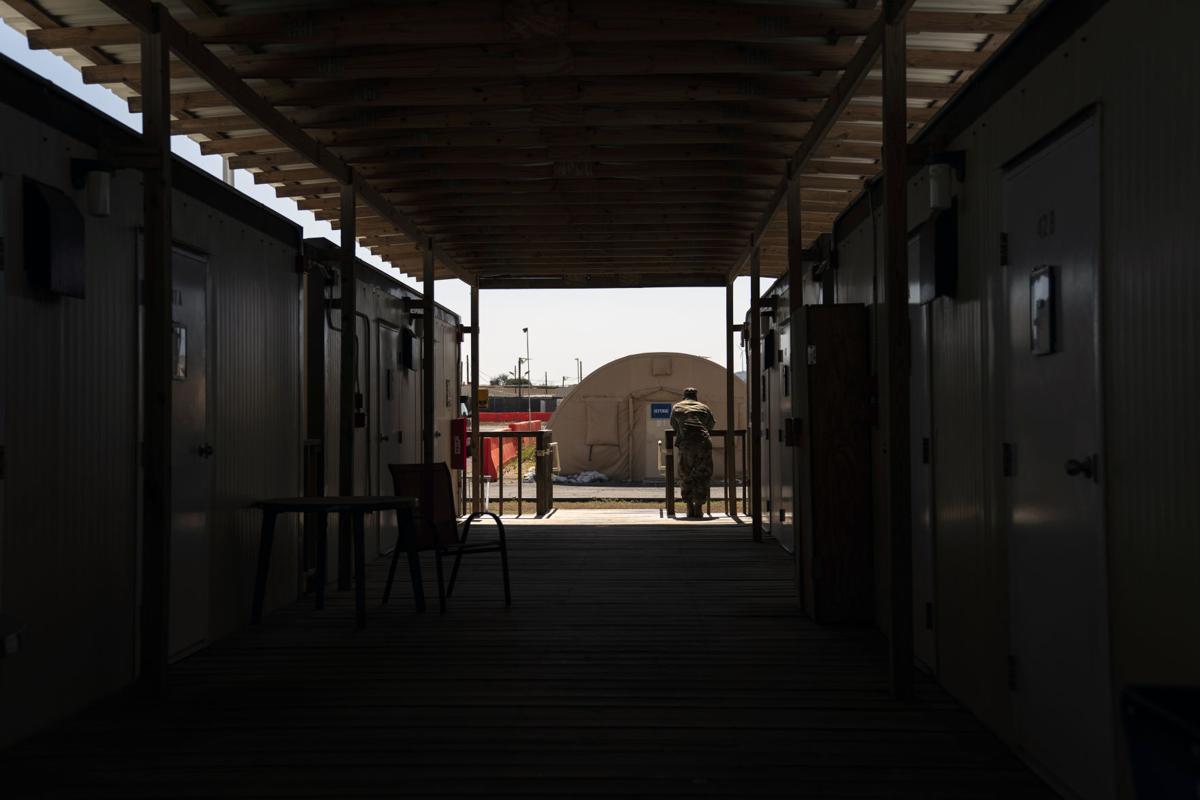 A member of the U.S. military on the base at Guantanamo Bay, Cuba, in 2019. — New York Times photo/Doug Mills 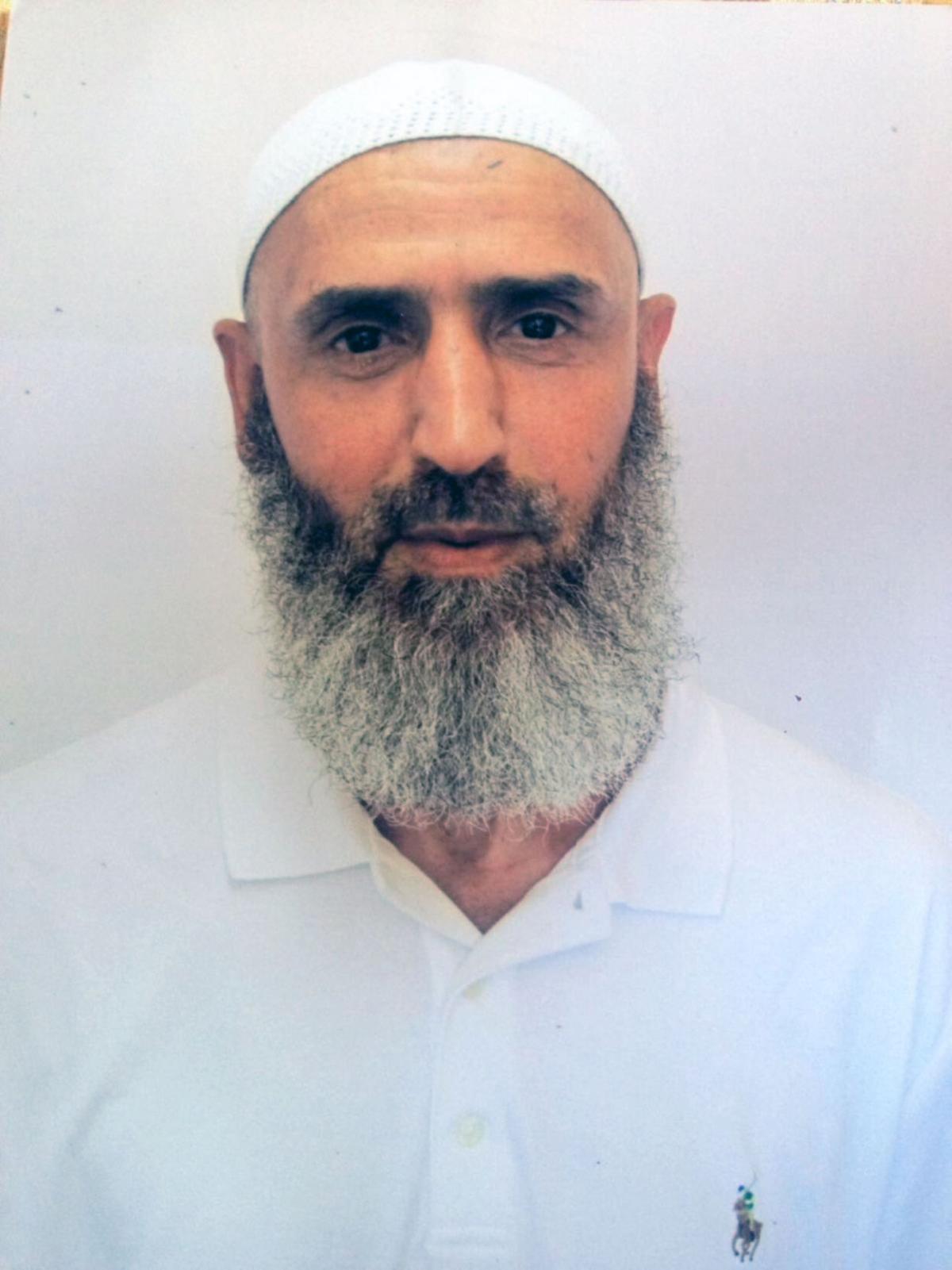 Abdul Latif Nasser, a Moroccan who had been held at Guantanamo Bay since May 2002.

A member of the U.S. military on the base at Guantanamo Bay, Cuba, in 2019. — New York Times photo/Doug Mills

Abdul Latif Nasser, a Moroccan who had been held at Guantanamo Bay since May 2002.

WASHINGTON — The Biden administration on Monday repatriated a detainee from Guantánamo Bay to Morocco, the first transfer of an inmate from the high-security prison since Donald Trump mostly halted the resettlements when he became president in 2017.

The transfer of detainee Abdul Latif Nasir, who was held without charge or trial for nearly two decades, leaves 39 inmates at the military facility located on the eastern tip of Cuba, and provides the first concrete illustration of how the administration may attempt to finally shutter the prison.

The United States is “extremely grateful for the Kingdom’s willingness to support ongoing U.S. efforts to close the Guantánamo Bay Detention Facility,” the Pentagon said in a statement.

The George W. Bush administration began moving terrorism suspects to Guantánamo Bay in the wake of the Sept. 11, 2001, attacks. At its peak, the prison held some 700 detainees, and became a global symbol of U.S. excesses in responding to extremist threats.

President Barack Obama vowed to close the prison but, facing congressional opposition, was unable to do so. His administration transferred more than 170 prisoners to their home nation or third countries.

Trump mostly halted those transfers, opposing the facility’s closure and threatening to send additional terrorism suspects there. Nasir, an accused al-Qaeda fighter who has been at the prison since 2002, was one of five men whose transfers had been readied at the end of the Obama administration but did not go through.

The Trump administration transferred just one prisoner, a man who officials moved to his native Saudi Arabia so he could serve out his sentence there.

Speaking to reporters after the transfer was announced, Biden administration officials declined to say whether Nasir would be freed or subject to further detention in Morocco. A government board recommended his transfer in 2016.

A Moroccan official familiar with the case said Nasir is being questioned by police following his transfer as part of an effort to establish whether he should be prosecuted there. A Moroccan judge has opened an investigation into his alleged involvement in terrorist acts, the official said.

In a statement provided by a United Kingdom-based advocacy group Reprieve, Nasir’s brother Mustafa said his family had waited nearly 20 years for his return to Morocco.

“The last five years, since he was cleared for transfer but kept in Guantánamo by President Trump, have been the hardest of all,” he said.

“We’re glad that Mr. Nasir’s ordeal in a system the world recognizes as a symbol of American human rights abuses is ending,” she said. “Bringing an end to two decades of unjust and abusive military detention of Muslim men at Guantánamo is a human rights obligation and a national security necessity.”

Others who object to the government’s treatment of the detainees, including a group of Democratic senators, have urged President Joe Biden to move swiftly and shut down the detention facility.

White House press secretary Jen Psaki said Monday that while Biden remains intent on closing Guantánamo, the administration has no new timeline or deadline for doing so.

“There are several components of this process. It includes notifications and consultations with Congress. It’s not something where one individual, even the president of the United States, can do it on his own,” Psaki said.

In addition to the fate of inmates who officials hope can be moved overseas, the Biden administration must grapple with a troubled military trial process involving roughly a dozen prisoners detained at Guantánamo. The military commission process set up under Bush, and reformed by Obama, has failed to yield timely verdicts for most prisoners involved, critics say.

Commission cases have been slowed in part by the legal repercussions of detainee torture and the difficult logistics involved in staging proceedings at an inaccessible, high-security facility. Nearly two decades after 9/11, the trial of five men charged in those events has not begun, mired in pretrial proceedings. Last month, the commissions’ chief prosecutor resigned after a decade in the job.