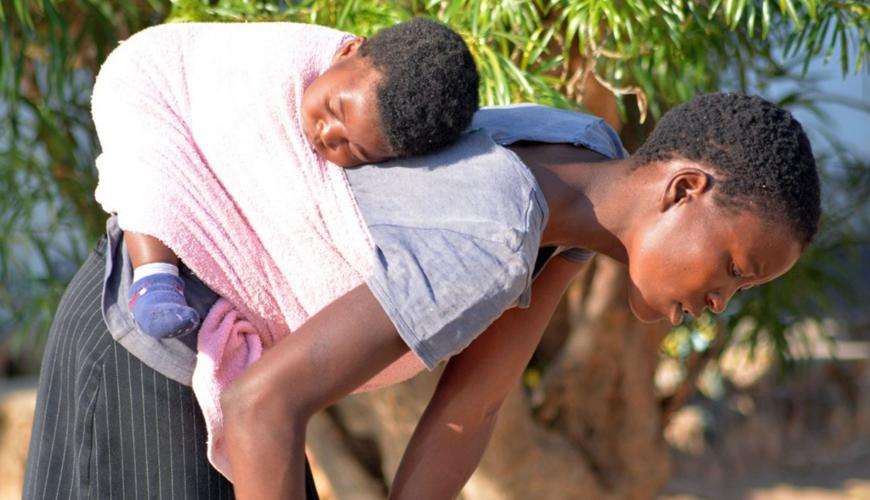 Siphiwe, 19, is a stay-at-home wife and mother who couldn’t afford to finish school. “To other girls I say don’t rush into marriage. Go to school and finish,” she said. In Zimbabwe, 1 in 3 girls are married before their 18th birthday. — CNN Photo, File 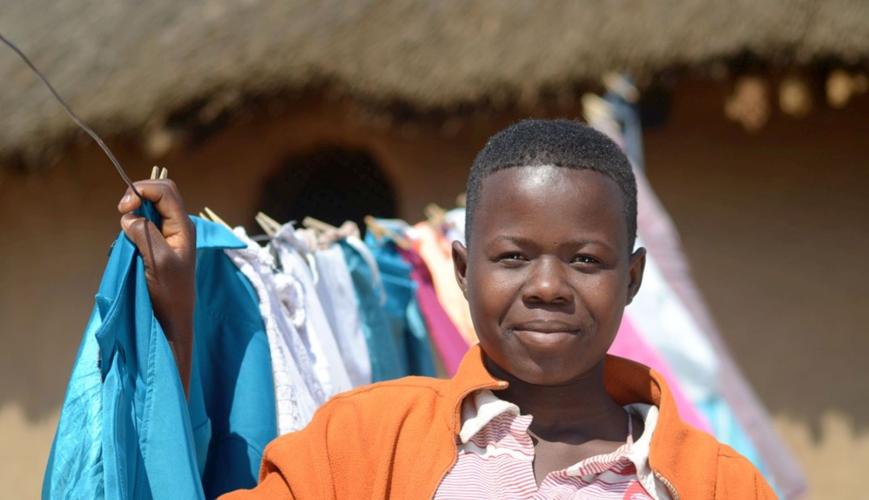 Orphaned at 15 and forced to drop out of school, Melissa, 17, takes care of her family’s household. She dreams of returning to school. — CNN Photo, File

Siphiwe, 19, is a stay-at-home wife and mother who couldn’t afford to finish school. “To other girls I say don’t rush into marriage. Go to school and finish,” she said. In Zimbabwe, 1 in 3 girls are married before their 18th birthday. — CNN Photo, File

Orphaned at 15 and forced to drop out of school, Melissa, 17, takes care of her family’s household. She dreams of returning to school. — CNN Photo, File

When does a child stop being a child and become a girl or a boy? A difficult question which can have serious consequences for children, according to a new report by Plan International, which has been gathering data and analyzing statistics on young adults.

Over the next decade, an estimated 40 million youngsters in Sub-Saharan Africa will drop out of school, according to the World Bank.

Girls drop out of school more than boys, according to Plan, and researchers want governments to change the way they gather data and pay more attention to the reasons why this happens in order to fight gender inequality.

Statistics on the under-15s tend not to differentiate between boys and girls, and this keeps the specific needs of young girls in the shadows, according to Plan International’s CEO Anne-Birgitte Albrectsen.

“You simply cannot target the program to the girl child, because you can’t analyze the data in a way that will allow you to tailor your programs in an appropriate way,” Albrectsen says.

“We have fairly good statistics that show us that there are more girls that drop out of secondary (high) school than boys, but what we don’t know is why they do it.”

Although this is a blind spot in the official data, organizations like Plan have begun to investigate the causes and have found three key reasons: child marriage, menstruation and poverty.

Take menstruation for example. Approaching puberty can be tough for everyone, but in some African countries girls skip school during their periods if they have nowhere to wash or change sanitary towels and tampons, according to Albrectsen.

“We have literally hundreds of thousands of stories of that kind,” she says.

“One month they might stay away a week, and then another week next month. Then they start falling behind and they don’t want to go back to school, and some may drop out altogether,” she adds.

While the most common reason given is money, forced marriage and pregnancy are other key factors, despite most governments having targets for all children to complete secondary education, Albrectsen says.

“We see time and time again that some of those programs fail, because they are not based on enough evidence on where to target the investment.”

Plan International’s researchers have been interviewing girls and young women in Zimbabwe about their education.

“A girl might be forced into marriage, then get pregnant, and therefore can’t go to school,” Albrectsen says.

Child marriage, poverty and education are all linked, the interviews suggested. Some girls get married early for family financial reasons and then quit school, Albrectsen says.

“Basically you marry the girl off, and so she is less of a burden to the family.”

Others in the case study quit school for financial reasons and then got married.

“Whether it’s poverty that forces the girl out of school, or marriage, is inconclusive, but it’s clear that a combination of the prevalence of early marriage and poverty has a devastating impact on girls being able to complete secondary education,” Albrectsen says.

Due to a lack of job opportunities for young women without an education, some young girls in Zimbabwe have turned to prostitution, according to Plan.

The UN’s Global Sustainable Development Goals include targets for improving gender equality, and Plan’s report is a wake-up call to governments trying to bridge the gender gap.

This gap goes beyond education. The day-to-day realities of young boys and girls can be very different even within the family, according to a recent UNICEF report, with gender roles forming already early on and young girls bearing the greater burden of household chores.

This form of inequality in the household could be detrimental to girls’ development and self-image, according to UNICEF’s report.

There are 1.1 billion girls in the world under the age of 18. More than half live in Asia and a quarter in Africa. While many regions will have fewer or as many girls by 2030, the number of girls in Africa will grow by 30 percent, according to UNICEF.

“There are almost 2 billion children in the world under the age of 15, and most of those live in developing countries,” Albrectsen says.

If African governments are to improve the prospects for young girls, they need to tackle the blind spots in gender data for the under-15s, Albrectsen says.

But why in the eyes of data do children typically become men and women at the age of 15?

“Fundamentally you’re saying they are just children, and they are legally not allowed to, or shouldn’t be, having sex,” she says.

This may mean that data on pregnancies and sexual activity under the age of 15 is not gathered, she says.

The result? Governments may be unable to tackle issues such as teenage pregnancies.

“If you are not measuring it, how can you deal with the consequences?”

However, data collection is expensive, and it can be hard for governments to justify spending money on this, at the expense of other areas, especially in developing countries.

But Albrectsen says it would pay off.

“Initial investment in getting the data systems up and running will ultimately save money through better targeting of [equality] programs in the long run, and have a bigger impact.” — (CNN)

Watch live coverage as House Speaker Nancy Pelosi delivers a floor speech on her future plans as NBC News projects Republicans will gain control of the House of Representatives next year.